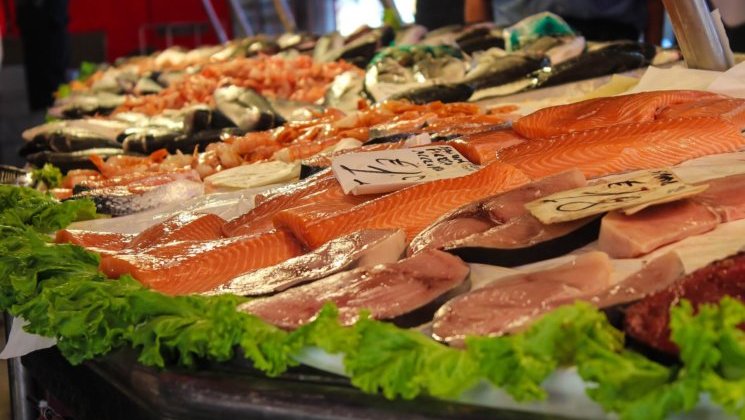 Fishing will be a sort of litmus test for Brexit. As the UK begins the process of leaving the EU, we have entered a period of extreme uncertainty. The outcome of the exit negotiations, and the kind of trade relations that the UK will have with Europe after it leaves, will be dependent on many complex factors, not least whether an agreement will be possible at all.

At the end of the negotiations it may still be uncertain how the UK will fare in the world; that may not become clear for some years or decades. But what will immediately be clear is whether UK fishermen still feel that they are shackled into a system that was designed with their disadvantage in mind.

Almost without exception, fishermen within the UK view Brexit as a once-in-a-generation opportunity to break free of an arrangement that in origin and intent was designed to systematically deny them the benefits that would have accrued, had the UK been allowed to operate as an independent coastal state with its own Exclusive Economic Zone.

How fishing was sacrificed in 1973 by the then UK government during the negotiations to join the European Economic Community (EEC) is now part of history. Granting the principle of equal access threw away the potential to manage our own fisheries and to harvest the benefits accordingly, and allowed European fleets to reap the rewards. The empty fishing harbours around the coast of the UK are not exclusively attributable to the Common Fisheries Policy but it has been a huge factor.

As long as the UK was part of the EU there was no political vehicle that would realistically have taken the UK out of the Common Fisheries Policy. That would have required unanimity from all other member states, many of which had a lot to lose. However, whatever else Brexit means, by legal default, the UK will walk away from the Common Fisheries Policy and from the principle of equal access.

What this doesn’t mean is that the UK will also walk away from its responsibilities to manage stocks that are shared with other countries; or from its legal obligations under the UN Law of the Sea; or from fishing policies that are based on the best available scientific advice. But it will mean that sensible bilateral (or multilateral) negotiations between coastal states on sustainable harvest rates or management plans will in future be the basis for management.

The EU Council of Ministers and the European Parliament will be side-lined so far as the UK is concerned. Leaving the EU will also mean that there is no automatic right of access for non-UK vessels to fish in UK waters – or for UK vessels to fish in EU waters for that matter. All will be subject to negotiation – with the UK acting in its interests as an independent coastal state.

Certainly, there are high and legitimate expectations amongst British fishermen that the UK’s quota shares of shared stocks will shift decisively post Brexit to reflect the relative importance of fish resources that are located in UK waters. Nowhere will this be more significant that the English Channel where the UK’s share of the cod quota stands at 9% whereas France’s share is 84%.

The much greater dependence of the EU vessels’ catch in UK waters, than UK vessels’ catch in EU waters (£400 million vs £100million) will give the UK a strong hand to play in a new balance between access to fish in each other’s waters and quota shares. EU fleets have had the advantage for 40 years and it is now time to find a new equilibrium. Revised terms under which fishing can take place should provide for regeneration of our coastal communities, many of which have languished under the Common Fisheries Policy.

The Common Fisheries Policy was once dubbed by the European Court of Auditors as the worst of European policies. Over the years conservation initiatives repeatedly failed to deliver and, ludicrously, the cost of administering some fisheries in some member states outstripped the revenue generated by the sale of the catch. Even though things have improved somewhat over the last decade – most stocks are fished not only sustainably but at a level that will generate high long term yield – it is still a cumbersome and dysfunctional system.

The EU landings obligation – the bastard child of an ill-informed media campaign and political opportunism – is perhaps the crown jewel in the Common Fisheries Policy’s litany of self-harm. Although it makes all the sense in the world to progressively minimise unwanted catch, there is no sign that the Commission, or member states, or Parliament know how to deal with the problem of chokes when the EU ‘landing obligation’, apparently fixed in legal stone, is applied to mixed fisheries. With Brexit, whilst retaining the principle of a discard ban contained in the landing obligation, the UK will be able, if it so decides, to side-step the impending car crash from 2019 onwards when all regulated species are brought under the new EU rules.

In other areas too, the UK can move towards a management regime tailored to its own fleets rather than the one-size-fits-all policy that have characterised the CFP. Workable, pragmatic, policies, shorn of dogma will have an opportunity to flourish. We don’t have to slavishly follow everything that is done in Norway to recognise the benefits of being an independent coastal state – especially one as rich in resources as the UK.

The UK Government will want to spin Brexit as a success from day one, although in truth it could be years or decades before the evidence is available to arrive at a balanced judgement. What will be available from day one will be fishermen on the quayside expressing their view on whether their lives have just got better or worse by leaving the Common Fisheries Policy.

Fishing will therefore be an important and very public test for those negotiating the UK’s exit from the EU, and for that reason alone it will carry a political weight that perhaps its economic significance alone might not justify.