Five lessons from the EU referendum campaign so far 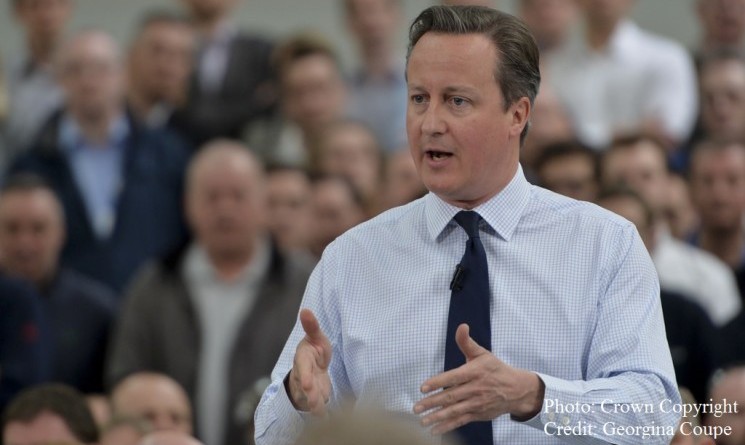 There are now just under seven weeks until voters will head to the polls for the EU referendum. With each of the campaigns kicking firmly into gear following the official designation of the ‘remain’ and ‘Brexit’ campaigning organisations in April, we are now in a position to assess how the two sides are faring in their attempts to get their message across to the electorate.

Ever since the Prime Minister reached his renegotiated terms on the UK’s EU membership and announced the referendum, voting intentions, as measured through opinion polls, have been far more stable and closer than most commentators expected. Combining polls into a ‘Poll of Polls’ suggests that public opinion has settled into a pattern where neither the remain nor the leave campaign have been able to establish a clear lead. Nevertheless, there are five key factors that are currently shaping the campaign on both sides.

1.The referendum coverage is less about issues and more about the conduct of the campaign

Media coverage has been dominated by coverage of ‘project fear’ – the levelling of the charge that David Cameron’s government is looking to scare the public into opting for a vote to remain within the EU. A clear example was the decision of the government to send a booklet on the case for EU membership to each household in the UK. This gained attention not for the substance of the claims made by the government, but more because of the cost of the exercise and the use of public money and government resources.

2.Major political events have been difficult for campaigners to turn to their advantage

The shambolic Budget announced by George Osborne in March, the resignation of Iain Duncan Smith from the government, the terrorist attacks in Brussels and prospective closure of Port Talbot steel works have not shaped the narrative of the referendum campaign. Despite the efforts of leave campaigners to turn these events to their advantage, they have not triggered any substantive impact on the referendum debate and prolonged discussion on the costs and benefits of the UK’s EU membership.

3.The Prime Minister is the lead ‘remain’ campaigner

David Cameron has provided the most public face of the campaign to remain in the EU. His public appearances and speeches making the case for EU membership have generated the most prominent coverage for the remain side.

But this also carries with it potential difficulties. Intense criticism triggered by the ‘Panama Papers’, for instance, threatened to embroil the Prime Minister in a prolonged scandal over his personal finances. Meanwhile the Labour Party leader, Jeremy Corbyn, has demonstrated a degree of ambivalence over his desire to play a leading role for the remain campaign and has not yet sought to actively mobilise Labour’s traditional supporters in favour of campaigning for a remain vote.

4.The Brexit campaign has struggled to present a coherent alternative to EU membership

A variety of possible alternatives to EU membership have been presented by those campaigning for a Brexit. Membership of the European Economic Area (EEA) emulating Norway, a Swiss-style relationship, Turkey’s customs union approach, and a free trade arrangement similar to that negotiated recently between the EU and Canada have all been mooted as potential future relationships between the UK and the EU. But there has been no settled alternative presented that the voting public can weigh against the existing relationship with the EU and evaluate for its costs and benefits.

This lack of a clear alternative is a reflection of the fact that Brexit campaigners have been divided among themselves as to how they should campaign. The UK’s Electoral Commission was presented with three separate applications from Brexit campaigning organisations to designate as the lead campaigner for a leave vote. ‘Vote Leave Ltd’ was designated by better demonstrating the depth of representation in their support from those campaigning, including at a regional and local level.

The other prominent leave campaign applicant, ‘Go Movement’, drew more support from UKIP supporters (although it was backed by Conservative, Labour and Democratic Unionist Party MPs as well as UKIP leader Nigel Farage). The organisations designated as lead campaigning organisations, on both the leave and remain sides, benefit from public money, broadcasting airtime and national mail shots.

5.The UK’s political parties are semi-detached from the referendum campaign

The activist membership of the UK’s political parties have so far been preoccupied with the set of elections that took place across the UK on 5 May. With elections being held for the Scottish Parliament, the Welsh and Northern Ireland Assemblies, London Mayor and London Assembly, Police and Crime Commissioners, and local government in England, the UK’s party activists have been engaged in campaigning on a set of issues other than the EU. Now that these elections have been held, we may see the grassroots of political parties engaging more forcefully in the ‘ground war’ of the referendum.

Changes across any, or all, of the five factors above will see the referendum campaign take on a different complexion. With public opinion currently too tight to make confident predictions on the outcome, the final weeks of the campaign will be crucial in determining the final result.