Five reasons our domestic response to Brexit needs to be local 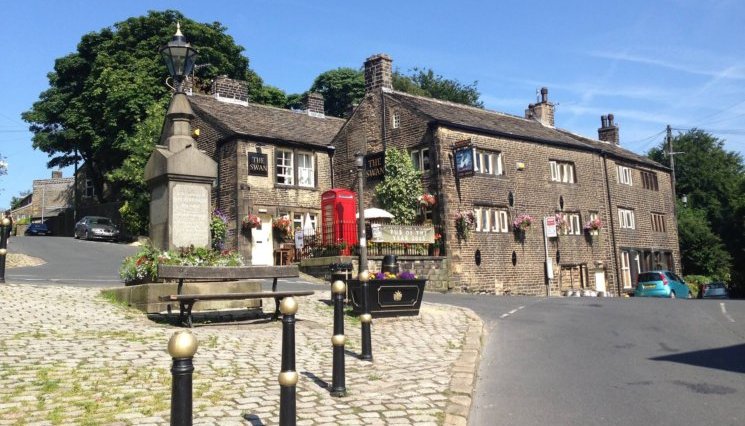 Nearly two years after the EU Referendum, the political discussion over Brexit has been dominated by debate over the future shape of our relations with Europe and the wider world.

There has been rather less focus on the implications for the UK itself, and how we might need to recalibrate our policymaking and governance to thrive outside the EU.

Here are five reasons why that domestic response to Brexit needs to be local.

1.People voted to ‘take back control’.

The Leave campaign’s ‘take back control’ message struck a chord with voters frustrated with decisions made at a remove from their lives. But many politicians in Westminster seem to have concluded that the result was also actually a positive endorsement for Parliamentary sovereignty.

There appears limited appetite amongst national politicians for any deeper shift in domestic democratic arrangements closer to people, away from SW1. The alienation that drove the vote to Leave shows no signs of dissipating. Without measures to boost democratic legitimacy, this alienation is likely to remain a volatile force within our political landscape.

A survey for the Commission on the Future of Localism revealed an overwhelming majority of Britons feel they have not much or no control over decisions that affect their country (80%) or their neighbourhood and local community (71%).

A majority were sceptical that Brexit would change things. There is now a pressing need to ensure people really will feel they have taken back control. This means they need genuine opportunity for meaningful influence over decisions which affect their lives, and that link needs to be forged locally.

The EU Referendum revealed a deeply divided country, with significant geographical extremes. Recent research by the University of Southampton and the NLGN shows the referendum result reflected contrasting economic and political trajectories – between those strongly connected to the global knowledge economy, and those which are less well integrated. This has led to notable differences in policy demands between highly connected urban areas and those on the economic periphery, such as coastal and post-industrial towns.

These geographically identifiable divisions require something more sophisticated than a blanket ‘one size fits all’ response – and point to the need for place-based policy-making.

This would be more effective at matching policy responses in areas such as industry, welfare and culture, to the circumstances and contexts of diverse places – which face different challenges and have different opportunities.

3.We need to talk about immigration. And we can’t do it from behind a desk at Whitehall.

The “I” word is a tricky issue for many (particularly Remain-inclined) people to address. Policy talking heads tend to parrot statistics about the net overall economic benefit of immigration to the country. This focus on the abstract and economic aspects of immigration is in the comfort zone of ‘metropolitan elites’. But it sits outside people’s lived experience.

Immigration is a highly localised issue, something almost never addressed by national policy makers. Into this vacuum step populist political movements, who argue immigration causes pressure on public services, and shortages of housing and well-paid jobs. The narrative latches onto a perceived reality, and sticks.

The nature of post-Brexit immigration controls is unclear, but there is likely to be a continued national economic need for it. So, on a national level, policymakers need to start recognising in both their rhetoric and actions that immigration has very different localised impacts.

The onus must be on ensuring all parts of the country are resilient and have local systems of public service infrastructure responsive to dramatic, but locally contained, demographic shifts.

4.National policy initiatives have not yet proved capable of addressing this interwoven political alienation, economic dislocation or social isolation, uncovered by the Brexit vote.

Devolution was described by its architect George Osborne as a revolution, fundamentally shifting the power dynamic between Whitehall and localities. But it has stalled under this Government – with no new substantive powers on offer, the energy behind it has dissipated.

The process has become bogged down, and failed to resonate with people.

To now really reconnect people decision-making, something deeper than another vogueish framework or new funding pot, such as the recently announced industrial strategy, is required.

Rather than a tactical gesture, devolution should be renewed as a fundamental shift. This would mean creating hard-edged fiscal levers across local government and the community-at-large.

These should have the ability to drive growth and inward investment, build exporting capability and ensure skills pipelines meet local economic needs – not just driving growth, but ensuring local people reap the benefits. This inclusive and integrated approach can only be done locally.

5.With Brexit sucking up Westminster’s bandwidth, there is an opportunity for a renewed civic localism to heal divisions and forge a positive identity for the UK in the 2020s.

The monumental task of extricating the UK from the EU will dominate our national landscape for years to come. Shockwaves following the result still reverberate and at times national politics has seemed to oscillate between crisis and farce.

Westminster is distracted, and one result of this has been little attempt to address the divisions exposed by Brexit.

So there is an important opportunity for local leadership in creating space for dialogue and understanding. As a national consensus feels a long way off, it is in our communities where we can develop meaningful engagement and mutual understanding.

The value of local pride can be overlooked at a national level, leading to further alienation from ‘the establishment’.

It is in the gift of local leaders to passionately articulate the emotional power of belonging. A renewed civic localism, built on devolved governance but offering something deeper than a technocratic solution, can advocate a positive identity for the future.

This is one based on the rich diversity of the UK – its villages, towns and cities – and can resonate on a deeper level as we forge our own path internationally.