Five things you need to know about the customs union 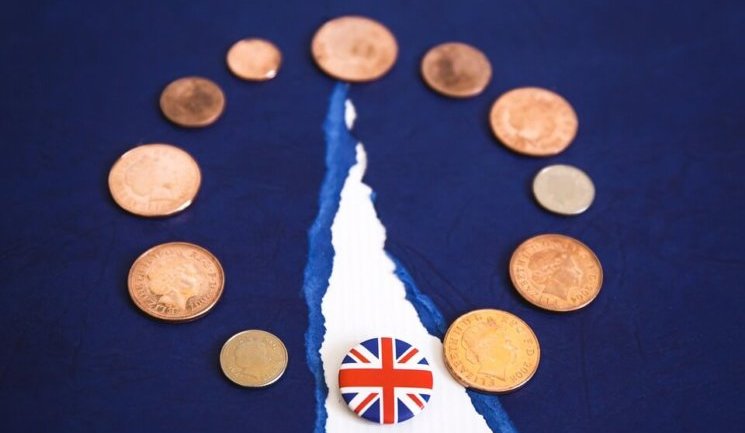 The prospect of a customs union between the EU and the UK is in the news, with the attempts to amend the EU (Withdrawal) Bill (or failing that, the pending Trade and Customs Bill in the near future) to add a provision on this issue. After Brexit, the UK will not be part of the EU’s customs union, but could sign up to a new, bespoke customs union with the EU as a non-member state.

But what are the basic aspects of a customs union?

It’s a concept based on international law

Any prospective customs union with the UK would have to comply in principle with the law of the World Trade Organisation, which defines a customs union as applying “substantially the same duties and other regulations of commerce” to all non-parties.

So there’s a link in international law between a customs union and a common trade policy in goods towards countries who aren’t part of that customs union. (EU law distinguishes between the two, as trade in goods with non-EU countries forms part of its “common commercial policy”).

But this doesn’t mean that all trade rules on all goods with all non-parties would have to be subject to the same rules in this new customs union (as they are with the EU’s customs union, although that took decades to complete).

The EU/Turkey customs union does not apply to agricultural goods or to coal and steel, and the WTO dispute settlement system ruled that Turkey breached WTO law when it aligned itself to the EU’s trade policy on textiles and clothing from non-EU countries.

In any event, the WTO ruling against Turkey, which followed a legal challenge by India, demonstrates that an EU/UK customs union could potentially be open to a successful challenge if another WTO member thought that its WTO rights were being breached.

The EU has also lost WTO cases on its trade deals with African, Caribbean and Pacific states, so has reasons to be concerned about the WTO compatibility of any agreement it reaches with the UK.

It doesn’t apply to services

Equally a customs union does not apply to intellectual property or investment issues. An example of how a customs union with the EU could still give the UK some flexibility in negotiations with non-EU countries is set out in a proposal by the Institute of Directors.

It doesn’t solve the Irish border problem by itself

As a slide from the EU Commission’s task force on Brexit negotiations points out, many of the issues relating to the Irish border concern alignment with internal market laws on goods, as distinct from customs laws.

The EU position in the draft withdrawal agreement is that at least Northern Ireland should be subject to both sets of laws. The UK government contests whether this is necessary, preferring other solutions.

It’s been suggested that agreeing a customs union between the UK and the EU would necessarily mean signing up to free movement of people with the EU, handing over customs duties to the EU budget and accepting jurisdiction of the CJEU.

There’s no requirement for such links to be made in international law, and the EU has not demanded any of these things from Turkey (in fact, the EU itself is opposed to free movement of people with Turkey).

On the other hand, the EU’s customs union with Turkey does include rules on competition and state aid, along with the application of EU rules on technical barriers. That customs union also requires Turkey to align itself with EU law on trade in goods from non-parties, although as I noted above part of this alignment was found to be in breach of WTO rules. This includes signing free trade agreements with non-parties in parallel to the EU’s, although in practice Turkey has not completely matched the EU’s trade deals.

The test is what tariffs it charges as compared to other countries, and what other restrictions it places on non-EU imports.

On this point, the EU’s average tariffs are roughly the same as those of the US or Canada. It is also sometimes claimed that the EU places excessive tariffs on some goods coming from Africa, but it should not be noted that the EU’s “Everything But Arms” law abolishes all tariffs from a group of the world’s poorest countries, which includes many African states.

This is part of the broader Generalised System of Preferences which gives tariff cuts to developing countries generally. In addition the EU has a number of free trade agreements with both developing and developed countries.

Many criticisms of the EU’s customs union ignore all of these points. A classic example is a recent article in the Sun newspaper, which was taken off the newspaper’s website, and later the subject of a clarification following an IPSO complaint, due to many factual and arithmetical errors.

For instance, an EU tariff of 10% on a product does not mean that the retail price of that product goes up 10%; the tariffs are not charged on goods coming from the EU, countries with which the EU has a free trade deal, and the very poorest states.

While trade barriers have some impact on consumer prices, it is less than is often claimed: the independent IFS estimated the benefit to consumers as 0.7-1.2% of prices, if all tariffs were eliminated (which is not UK government policy).

By Professor Steve Peers, part of the UK and EU immigration policy team at The UK in a Changing Europe.