Flags on food? why the fuss? 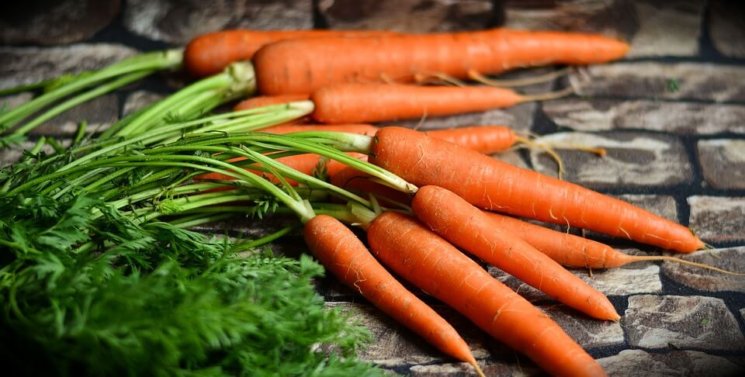 This is a story about carrots and their power to shape society. With the overwhelming maelstrom of information, misinformation, and disinformation underpinning the debate about Brexit, carrots provide the true north for a discourse seemingly without direction. A bag of carrots ignited a national conversation about food, identity, and an economy facing crisis.

They created the focus for a grassroots campaign which has seen many thousands of people across Scotland raise an honest clamour for our food and drink, our name for quality, to be protected.

I began the campaign, #keepScotlandtheBrand, after going to the local shop to buy carrots. I live in rural Angus, where some of the most fertile of Scotland’s soil can be found. 80% of the seed potatoes exported from the UK come from Scotland and many of them are grown in the rich, black earth surrounding my wee town, right next to the fields where the carrots I was looking at came from.

I knew this because there, in small black writing, was the name of the farm. What surprised and disconcerted me was that the small label with the small writing was topped with much larger bold writing announcing them to be ‘British carrots’ and the entire top half of the bag was covered in a Union flag.

I looked around me and realised I was surrounded by more flags than one might expect to see at a Jubilee street celebration in the heart of London. I bought my carrots and decided to do a bit of digging.

It turns out the Department for International Affairs was hard at work promoting the ‘Great’ campaign around the world – taking iconic places and produce from across the British Isles, putting half a Union flag on it, labelling it ‘Great’ and selling it to the world as ‘Great’ British.

Meanwhile, their domestic wing, the Department for Environment, Food, and Rural Affairs (DEFRA) was busy doing the same to my carrots, and the rest of the fruit and veg aisle.

This is why Scotch whisky was being sold as ‘British’ whisky in one upmarket grocery chain, and Great British Haggis was being marketed across the world. Strawberries from Kincardineshire, in the berry heart of Scotland, were labelled as British and sold on the shelves just a few miles from the rolling, green Aberdeenshire hills where they are grown.

“So what?” you might think. “What a load of fuss over a flag.” You might be right, were it an issue taken in isolation but, as with so many complex matters, the significance of Scotland’s identity being subsumed beneath bland British branding goes beyond superficiality. Scotland IS the brand.

Our food and drink sector is expanding rapidly: a report earlier this month shows a stunning £13.9 billion in turnover in 2016 (up by 3.9% from 2015), and exports worth a record £6 billion in 2017.  It is estimated that one in five Scots will be employed in a food and drink-related job by 2030. Local provenance is good for global sales.

Scotch whisky is a global success story; an iconic product with clear provenance, history, tradition, and clear quality. In 2017, sales of Scotch were up 9%, worth nearly £5 billion. As for Scottish salmon, one salmon is worth more than one barrel of North Sea oil. Europe is the top export market for both products.

Both Scotch whisky and Scottish salmon are what is known as ‘Protected’ products. Their protection means other goods from other areas or countries cannot imitate or even allude to their provenance without facing legal recourse and control. The EU protects 3000 items; Scotland, through being a part of the EU, enjoys protection on 14 products with three more pending.

While the provenance of the carrots raised my eyebrows, it probably wouldn’t have been enough for me to throw the last year of my life into #keepScotlandtheBrand, a campaign which I run on a voluntary basis. What drives this campaign is the concern I have, shared by many thousands of Scots, that our communities are facing an economic and social calamity.

During the talks over the EU’s trade agreement with Canada (CETA), 27 countries across the EU submitted 3000 Protected Geographic Indicator (PGI) product requests; these items will be shielded from imitations and, importantly, the people in the communities who produce them will have their livelihoods and incomes protected from others who would cash in with cheaper goods. It’s good for consumers too – clear, guaranteed provenance means they know they are buying an authentic product.

Scotland’s Farm Assured Scotch Beef, a PGI, undergoes a rigorous inspection regime which guarantees quality. It is so much more meaningful than the ubiquitous ‘Little Red Tractor’ that Scotland’s farmers get, on average, £146 more per head of cattle than farmers in England and Wales do for their livestock.

There will always be people who have no choice but to buy according to price, too many people will never have the prospect of sitting down to a piece of prime Scotch Beef beside new Ayrshire potatoes, with organic Angus carrots glistening under artisan Shetland butter.

But, and this is crucial, whether you are buying a supermarket’s budget own brand line, or their fancy finest range with the little flourishes and fancy names, you are buying food which is grown, reared, and produced to the same standard.

But here’s the problem: because Scotland’s membership of the EU is as part of the United Kingdom, our farmers, fishers, and food and drink producers rely on the central government in Westminster to take care of these matters on our behalf.

There was widespread astonishment when it became apparent the UK had not applied for any protections through our EU membership. That dismay was compounded when the US ambassador made clear our PGI protections, our food and animal welfare standards, are considered an obstacle to a trade deal with the US.

When Whitehall’s proposals for farming in a post-Brexit Scotland could see many, many farmers struggling or going out of business; when we are being told in public meetings by representatives of the National Farmers Union of Scotland that Whitehall is prepared to let sectors of farming fail because it is cheaper to import than support; that the prospect of outsourcing arable to the Ukraine is being considered and that enthusiasts for ‘rewilding’ are being included in planning teams to look at Scotland’s landscape in the event of land use changing, then, I believe, it is time for Scotland’s communities to be informed of the future facing them so they can be a part of the conversation.