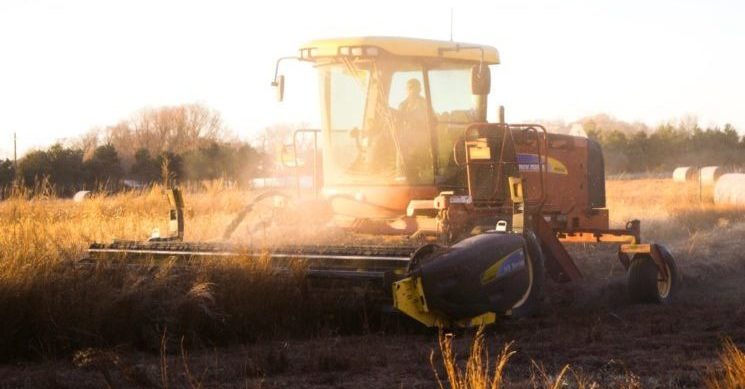 In launching the consultation on a new National Food Strategy, Environment, Food and Rural Affairs secretary, Theresa Villiers, set out the Government’s post-Brexit ambition: “As we leave the EU and seek to capitalise on the opportunities this can provide for the UK’s farmers and food producers, we have the chance to reshape our food system from farm to fork to ensure it is ready to deal with these 21st century pressures”. The pressures she noted were: “The threats from climate change, loss of biodiversity and the need to deliver safe and affordable food.”

Leaving the CAP represents a big opportunity for change – but disrupting the UK’s food supply system brings risks too.

The Common Agricultural Policy (CAP) is the sole large-scale survivor of early hopes to forge cross-border industrial infrastructure for the new Common Market. CAP still dwarfs EU budgets despite being cut back from 73% of the entire EU budget in 1985. Today it’s a mere 36%.

The UK had no say in the initial design of the CAP and it was a major driver of the UK’s early disproportionate contribution to the EU budget. Since membership, successive UK governments have supported CAP reform – but even so, most people think leaving the EU presents an opportunity to move beyond even the reformed CAP.

The Government’s proposed Agriculture Bill sets out a transition to a system where farmers in England are no longer paid for holding land (a reform the UK promoted to end the subsidies that led to butter mountains and wine lakes) and ties payments instead to public goods. This will be the way in which the Government – through “environmental land management” will seek to incentivise farmers to contribute to the goals in its 25 year environment strategy.

The first version of the Bill represented a complete victory for environmental critics of the CAP but there was no mention of the public benefits of food production or food security. The Johnson version now promises regular food security audits and to improve supply chain ‘unfairness’, for example, both long overdue.

Scotland, Wales and Northern Ireland in theory can all have their own systems, unsurprising given how significant their rural economies are. There is some scepticism about what a ‘pure’ public goods approach might be and who would define it, and thus the payments. Farmers’ leverage might well drop when the level of farm support is set through UK spending rounds in London rather than EU budget negotiations in Brussels.

Although the government has committed to maintaining support at current levels to the end of the Parliament, it will then be a Treasury target. That will impact on farm incomes – around a third of which come from subsidy. Plans to taper the total subsidy system is anticipated to lead to big reductions in profitability for the bulk of farmers by the mid-2020s. Whether the role of farms in post-Brexit Britain is to produce cheap commodities from which off-farm industries profit or to provide views and ecosystems looks set to be a test case for how the Johnson Toryism balances old Shire interests with new blue Northern areas.

All of this will accompany a dramatic change in the UK’s food economy and the new relationship with the EU. A consequence of 47 years of EU membership is that the UK’s food supply is now enmeshed with that of the EU. The UK currently produces only about half of its food. It receives 30% from EU member states and a further 11% via trade deals negotiated as a EU member. Home production has steadily dropped since the mid 1980s.

That import dependence means agriculture and food will be at the centre of new trade deals and food governance is a critical issue. The US has already made clear its demand that the UK accepts its food safety standards if it wants a deal. Which way the Government jumps on that might bring out which matters most, City of London finance interests or farming.

The aim of tariff free, quota free trade with the EU is particularly important for agriculture because this is the area with the highest “no deal” tariffs – and therefore the area most prone to rupture in the absence of a deal. It also matters vitally to UK food manufacturers desperately trying to export foods, urged by government to narrow the food trade gap – £24.4bn in deficit in 2018.

Other countries also have ambitions for freer access to the UK market after Brexit. The UK’s inexperienced trade teams will come face to face with seasoned negotiators – from the US and beyond – offering cheaper food but at the price of accepting their production standards. There will be huge pressure on ministers to decide whether to prioritise EU access – meaning agreeing to stick with EU standards – or a deal with the US which could then see British producers shut out of European markets.

Domestic food production – growing and processing, and the whole of food service (catering and hospitality) – will also be affected by the ending of free movement of labour. The sector is one of the UK’s major employers with over 4 million jobs, but it is also a sector with a huge dependence on non-UK labour. Even before Brexit there were already signs that the EU labour supply was drying up.

Defra has been forced to reintroduce a small version of the Seasonal Agricultural Workers Scheme but allowing 2,500 seasonal workers in will not replace the 80,000 or so used until recently. Nor will it help food processing; some firms have labour forces of up to 30% migrant labour. These sectors are being asked to become more ‘efficient’ but automation is long term, while short-term they face rising labour costs. Some may respond by simply scaling down.

That supply will in any case become more precarious as climate change impacts increase and rising global demand and trade are ‘weaponised’ in geopolitics. Ministers will need to decide the extent to which they add UK food security to their other priorities.

But what of the other side of the coin – how to cope with the twin challenges of food poverty and obesity, both of which contribute to unacceptable health inequalities across the UK? If the ultimate Brexit deal leads to higher food prices, either because the UK faces EU tariffs, or there is a further devaluation, this could worsen poverty. There has already been a dramatic rise in foodbank use.

The impact on government efforts to combat obesity, which is a major source of pressure on the NHS, is even less clear. The UK has a poor diet, with a heavier reliance on over-processed food than any other EU country. The prime minister has in the past rejected nannying approaches, such as the sugar tax, even where the evidence suggests they work and are relatively popular.

In an ideal post-Brexit world, better production and consumption would improve national health, regenerate the environment, make people happy and provide decent work. The current state of affairs leaves much to be desired, but supermarket shelves are full. Restructuring all this is complicated but the consequences of getting it wrong are immense.

By Tim Lang, Professor of Food Policy at City University of London. This piece was taken from the Brexit: what next report.