For all the frantic Westminster activity, don’t expect any clarity on what Brexit will look like 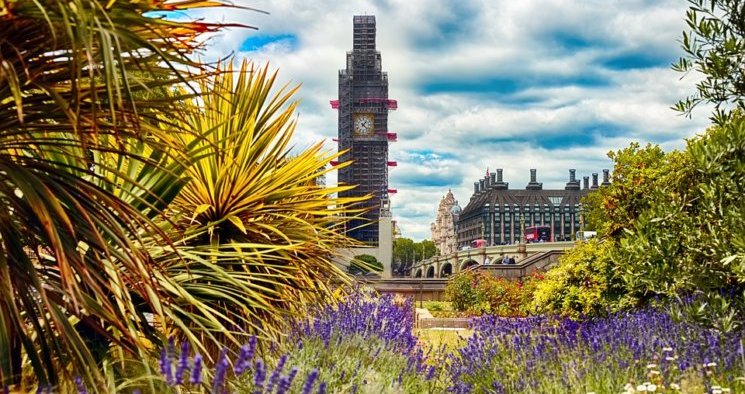 It’s cut and paste time. Again. Roll out the clichés. Nothing has changed. We are where we were before Christmas. Plus ça change.  Though something has changed, of course. The clock has kept ticking. There are now fewer than 60 days to go until the UK is scheduled to leave the European Union.

Not that you’d think so, given what MPs are up to. Once again, they are being asked to pass judgement (albeit indirectly this time) on the deal secured by Theresa May. But where’s the fun in that? Better, surely, to deflect, and focus on more interesting options?

And so, we have a battle royale between May’s deal, no deal, a different deal, delay and another referendum. Little wonder, given the choice, that no majority for anything is emerging. For all the frantic activity in Westminster, the one thing that MPs need to do is the one thing they are signally failing to do: make a choice.

It is amazing how much attention is being paid to simple distractions. Take no-deal. There are no more than a handful of MPs who believe this would be an acceptable outcome. Yet there are many more who see value in claiming it would be acceptable.

Tory leadership contenders have to appeal to a party membership that will ultimately decide their political fortunes. By a margin of 64% to 29%, members favour no deal to May’s and are most likely to say they would feel ‘delighted’, ‘pleased’ and ‘relieved’ if there was a no-deal Brexit. Talking up no deal while hoping it doesn’t happen makes electoral sense, in other words.

Then there are the unicorn hunters. Graham Brady’s amendment is intended to force the Prime Minister to go back to seek a deal that is simply not on offer. His admission that the Withdrawal Agreement with Brussels does not need to be rewritten to satisfy him underlines the fact that the backstop is here to stay. There might be an interpretive statement, underlining – yet again – the insistence of both sides that the backstop will never be triggered. This would look more like a fudge clause than the ‘freedom clause’ that Boris Johnson has demanded.

Meanwhile, there are reports that some Conservatives will, if the Cooper amendment passes, abandon the Prime Minister to argue in favour of a different, softer deal. Yet the sort of deals being imagined are already compatible with the Withdrawal Agreement the Prime Minister has agreed.

It is possible, as my colleague Jonathan Portes has argued, that a full-throated Norway Plus deal – requiring the continuation of free movement – would be difficult to negotiate in the future with the current political declaration.

But let’s face it, proponents of Norway are still not facing up to the fact their deal means a continuation of freedom of movement. A consensus for taking the Prime Minister’s immigration red line out of the political declaration is still some way off.

And so MPs continue to object to the deal because they are proposing plans that are totally compatible with it.

And alongside Brexit there is politics. Tribalism is still rampant. Yvette Cooper’s amendment is intended to prevent the UK, deliberately or by mistake, leaving the EU without a withdrawal agreement.

Yet its fate ultimately hinges on the support of the Labour Party. The amendment would enable an extension of Article 50 and empower Parliament, but MPs would still have to decide how long that would be for, and to what end. The Labour leadership favour a three-month extension – enough for an election, but not for another referendum. A shorter period, in other words, keeps Labour’s ambiguous Brexit position alive and well.

And if you really want to know just how fragile the whole construct is, take a look at the coalition of who have put their name to the Cooper amendment. On the Tory side, there’s Nicky Morgan (who is against another referendum), Dominic Grieve (who has consistently campaigned for one) and the ubiquitous Nick Boles (who says if Grieve got his way, he’d vote Leave).

Over the aisle, the Common Market 2.0 crowd back the amendment, as do the People’s Vote lot, as does – obviously – Yvette Cooper herself, who has not publicly come out of either the single market or a referendum. This isn’t a coalition built to last or in favour of anything substantive.

Rather than facing up to the options they face, politicians are indulging in the politics of plausible deniability. Speaking out against a withdrawal agreement they may yet end up with no alternative but to back, they are laying the groundwork for a rancorous and unstable future.

More immediately, and with the (I hesitate to say honourable) exception of the no-deal and second referendum extremes, they’re also indulging in what so many have criticised the Prime Minister for – can kicking. Our representatives have become far better at saying what they’re against that what they’re for.

And amidst all these shifting coalitions, Brexit preferences and conflicting ideas about process, expect nothing much at all to be clarified today. This sad tale of tribes and tribulation looks set to continue for a while yet.

By Anand Menon, director of The UK in a Changing Europe and professor of European politics and foreign affairs at King’s College London. This piece originally featured in Huffington Post.