For the EU, Brexit presents a big security dilemma 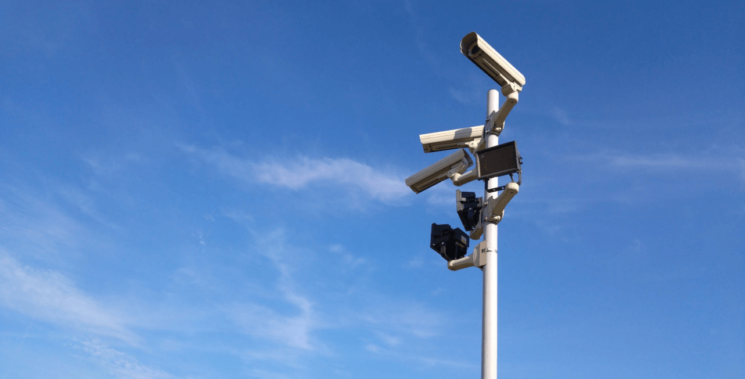 Brexit is an existential matter for the EU. It is losing its strongest military power, its second-largest economy, and its premier financial centre where more than half of all Eurozone borrowing and equity issue occurs. It is also losing a member state with enough votes under qualified majority voting to change the balance of power within the Council of Ministers. In part, the EU’s response to Brexit has reflected the nature of the EU as a political construction.

The Union ultimately rests on the ongoing willingness of its member-states not to threaten secession when confronted with domestic democratic difficulties about any charged policy. The core EU states must therefore demonstrate that withdrawal comes at a significant economic cost. However, Brexit and the EU’s response to it have also shown that there are political questions that the EU is not well equipped to answer. Not least, what to do about the future relationship with Britain.

The EU is made up of a web of relationships. This means it often exhibits a particular system dynamic: a disruption to one part of the EU affects other parts, and ultimately the system as a whole. Internally, the initial shock of Brexit opened up the possibility the EU could confront its present political stasis. It simultaneously exists as a legal and constitutional order and a multi-currency union, with rules for the majority currency written into that legal order and intergovernmental treaties outside it.

During the Eurozone crisis, this disjuncture made it impossible to legitimate constitutionally, through treaty reform, the fundamental changes that have occurred at the European Central Bank since it began to operate as a lender of last resort.

In the first year or so after the British referendum, several central political actors within the EU clearly identified the opportunity to reconfigure the EU now that the state that almost certainly would never have joined the euro was leaving. In his 2017 State of the Union speech, Jean-Claude Juncker reminded his audience that the euro is supposed to be the single currency of the entire Union.

If only some states were members, the currency could not unite Europe. A few weeks later, President Macron opted in his Sorbonne speech for the opposite resolution of the problem. Macron invoked the possibility of formally differentiating the Union between tiers, with an advance guard at the centre.

In practice neither vision has gone anywhere. Serious adaptation within the EU relies on the Franco-German axis. Brexit has acted as a disruptive force on the EU’s internal politics around that relationship. This is at a time when Germany’s structurally privileged position within the Eurozone and François Hollande’s presidency had already significantly weakened it.

Brexit has changed the calculations of the other northern non-euro EU members. They have now allied with the non-German northern European euro members in an alliance dubbed the New Hanseatic League. This new political formation has played a significant part in derailing Macron’s ambitions not just for Eurozone reform but for reinventing the Franco-German axis as the engine of integration. In this sense, in its knock-on consequences, Brexit has ultimately reinforced the EU’s internal political stasis.

Externally, the primary challenge facing the EU is the threat to the Atlantic relationship. The EU is operating in a geopolitical world in which the US’s first priority is containing rising Chinese power and the threat of a China-Russia-Iran axis. Certainly, Britain has hitherto been an impediment to moving to a more autonomous European defence bloc at the same time as it has pressed hardest among the EU’s long-standing NATO members for action against Russia. Successive British governments have baulked at any proposal that could appear to weaken NATO.

But now President Trump has taken what has been long-growing disillusionment in Washington with its European allies to crisis point, rendering an alternative to NATO ever more necessary, Brexit poses a serious constraint for the EU. In the security sphere there never has been a Franco-German axis to propel integration. Quite simply, German military capability is poor and German willingness to deploy that capability is at least as weak.

At the end of 2017 Germany did not have a single submarine in operational order and a significant proportion of its tanks, helicopters and fighter aircraft were unfit for action. This is despite the fact that, after Russia’s annexation of Ukraine, the German government committed to reforming the Bundeswehr.

Even President Macron, who has been the most reluctant European leader to make concessions to Britain during the withdrawal negotiations, has recognised that in the security sphere Britain cannot be just another third-country once it leaves the EU. The EU needs the British defence industry and ultimately, so long as the EU wants protection from a nuclear umbrella, it needs Britain to retain the British nuclear deterrent within a European security framework.

Encouragingly for the EU, on the most vexed immediate matter for Atlantic relations, namely US sanctions on Iran, Britain has sided with the EU and not Washington. Indeed, the British government has gone so far as to work with France and Germany on an alternative financial arrangement for conducting trade with Iran. But the Trump administration will continue to raise the stakes on Iran and threaten ever fiercer secondary sanctions against European companies.

Britain is now the obvious pressure point for Washington to try to prevent the evasion of US sanctions. Already the British government has moved to proscribe all wings of Iranian-backed Hezbollah whilst the German government has made clear it will not follow suit.

At this point, the internal and external imperatives for the EU around Brexit part. The EU can make a show of the risks of secession, even though there is no evidence that any other member state has any similar incentive to leave; or, it can accommodate a special status for Britain in regard to the single market, to try to keep Britain on the EU’s side as the Atlantic security relationship diminishes.

By Helen Thompson, Professor of Political Economy at the University of Cambridge and a regular panelist on the Talking Politics podcast. This is from the UK in a Changing Europe’s report, ‘Article 50 two years on’ and was originally featured in CapX.