Afghanistan: British and European foreign policy after the fall 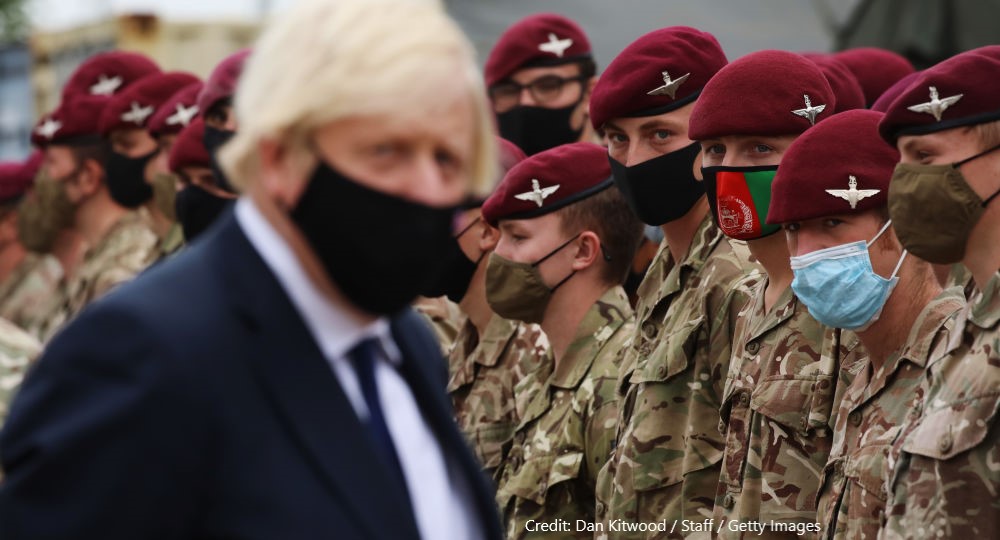 The image – probably now long outdated – which the Lonely Planet travel guides bring to mind is of the lone traveller in some remote part of the world. In the wake of the fall of Afghanistan to the Taliban, with the US an apparently ever more unreliable leader, do Britain and Europe now face the geopolitical equivalent of lonely planet: alone in a hostile environment with few friends to help navigate the way ahead?

The collapse of the Afghan regime has triggered intense debate on the lessons that should be drawn. For some, the conclusion is that Afghanistan was always an unwinnable war. President Joe Biden’s view seems to be that the ambitious goal of nation-building – as opposed to the narrower one of disabling al-Qaeda – was deeply unrealistic (at least at a cost that America’s citizens could be expected to bear).

Others argue that a better managed withdrawal might have left in place an Afghan state capable of withstanding the Taliban.

Some, such as the former US Ambassador to Afghanistan, Iraq and Pakistan Ryan Crocker, argue that the status quo ante of an Afghan regime supported by a limited US and NATO military presence could have kept the Taliban and Islamic terrorists at bay, was politically sustainable, and should have been maintained.

Yet others argue that a better framed intervention policy – for example, by doing more to tackle corruption – could have succeeded in Afghanistan. These debates will continue and are unlikely to be decisively resolved.

The one conclusion that can be drawn is that the US is unlikely to engage in large-scale armed nation-building exercises of this type for years to come, if ever, and that, without US leadership, other countries are not going to take up this poisoned mantle.

The events in Afghanistan have also provoked debate about the reliability and credibility of the US as an ally and partner. If the US did not stand by the commitment it made to Afghanistan, can it be relied upon to stand by commitments to other allies and friends?

Despite the fact that America’s NATO allies had fought alongside it in Afghanistan for twenty years, and despite Biden’s supposedly strong support for the transatlantic relationship, the administration’s decision to withdraw from Afghanistan was taken without meaningful consultation with European allies.

Concerns over these issues are understandable, but exaggerated. The US intervention in Afghanistan was fundamentally different to America’s relationships with its long-standing allies, such as Europe, Japan and South Korea.

The latter are stable democracies and major centres of economic power, where the US is committed by long-term political, economic and security relationships, including mutual defence treaties. The US withdrawal from Afghanistan does not presage American disengagement from such commitments.

While allies and partners may sometimes be able to shape US decision making, the simple truth is that the US, like all states, makes decisions on the basis of its leaders’ views of national interests, not the preferences of allies. Biden’s lack of consultation with allies over the US decision to withdraw is not the dramatic break with past practice that some critics suggest it to be.

The US may be becoming a less reliable global leader and ally – although even here the jury is arguably out. If the US is becoming less reliable, however, Biden’s decision to withdraw from Afghanistan is at most a marginal factor in this.

First, Republican foreign policy views have shifted towards a combination of a very narrowly transactional view of international politics and neo-isolationism – embodied first by President Donald Trump but now mainstream amongst Republican politicians.

Second, the deep polarisation of American politics is impacting US foreign policy, increasing the prospect of major swings in US foreign policy and the possibility that even long-standing commitments may be suddenly reversed. How these developments play out – and long-term questions about the erosion of US material power – will have a much greater impact on the future of American’s global role than withdrawal from Afghanistan.

The Afghanistan debacle also provides many lessons in hubris – and not just for the US. Some continental Europeans argue that Europe, in the form of the EU, must finally step up to the plate.

The experience of the last twenty years of the Common Security and Defence Policy (CSDP) suggest that the EU is far from ready for this.

For Britain, the idea that it could exercise significant influence over American decision making and policy on Afghanistan was similarly hubristic. The British experience in Afghanistan also highlights the problems of a medium-sized power reluctant to choose between competing foreign and security policy objectives.

The final failure of the long US-led effort to stabilise Afghanistan will clearly damage US and wider Western credibility. The idea that Britain and Europe face a lonely planet, where they can no longer rely on the US and have few other parts, however, is overblown. The US is likely to remain a key partner for the UK, other European countries and the EU. The UK and Europe have other valuable partners in democracies such as Japan, India, South Korea and Australia.

The politics of Brexit may for now preclude close UK-EU foreign and security policy cooperation, but bilateral security ties between Britain, France, Germany and other EU members can be developed further. The challenge is to strengthen this network of ties between the world’s major democracies.

The second challenge facing the world’s democracies in the wake of the Afghanistan war is to find a viable middle road between the militarised maximalist interventions of the last twenty years and abandoning countries such as Afghanistan.

By Andrew Cottey, Professor in the Department of Government and Politics, University College Cork and author of Security in 21st Century Europe (Palgrave Macmillan) and other works on European and global security.