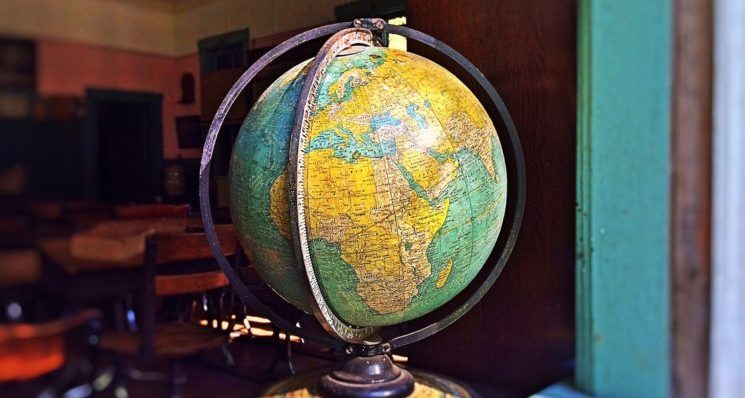 In his statement on 5 June 2020, Michel Barnier, the EU’s Chief Negotiator, expressed his frustration at the lack of progress in the talks on the future relationship between the EU and the UK.

Quoting the Political Declaration agreed on by the UK and the EU’s 27 member states, Barnier insisted the objectives set in the 2019 document were far from being met. Focusing on foreign policy, development and defence, Barnier said:

“let me remind you that, since the beginning of these negotiations, the UK has refused to talk about our cooperation on foreign policy, development and defence, even though we agreed this with Boris Johnson in the Political Declaration.

To tell the truth – as a former Minister for Foreign Affairs in my own country – I still don’t understand why.”

It is indeed hard to understand why the Johnson government should chose to avoid such a major issue for the definition of the UK’s future role in the world and the defence of the European continent. EU foreign policy matters for at least three reasons.

First, even if the UK successfully resisted any move away from the intergovernmental functioning of the Common Foreign and Security Policy (CFSP) when it was still a member state, the CFSP has been considerably strengthened, especially by the Lisbon Treaty.

Similarly, notwithstanding the UK’s objections, being being committed to the CFSP was heralded by various prime ministers as a means of increasing Britain’s influence in the world.

Now, the UK has a lot to lose by withdrawing from all existing policy areas, including the Common Security and Defence Policy (CSDP).

Second, Brexit has led the EU to deepen integration and revive projects previously vetoed by the UK. This mainly concerns the CSDP where publication of the Union’s Global Strategy, as well as Franco-German leadership, led the EU to create a permanent operational headquarters (OHQ) in the summer of 2017.

The role of the European Defence Agency was reinforced and a European Defence Fund was established. Lastly, by the end of 2017, 25 member states had got involved in one or several projects launched under the aegis of the Permanent Structured Cooperation (PESCO).

Third, the UK will continue to be involved in various CFSP or CSDP policies until the end of the transition period, but it is not being included in new initiatives, because they are the preserve of member states.

When the transition period ends, the default option is for the UK to be considered as a mere ‘third country’. Some ‘third countries’ do enjoy closer ties with the EU because they are candidate countries or because, like Norway, they could be member states but chose to remain outside the EU.

But none of these countries have direct access to the EU’s decision-making forums and they have to align with positions that have been decided solely by Member states.

Britain has already expressed a desire to obtain a bespoke arrangement that would grant access to decision-making forums – like meetings of Foreign Affair ministers – or allow extensive exchange of information.

But this kind of arrangement has never been implemented before and the EU is worried this could threaten the Union’s legal order.

Besides, even though the 2019 Political Declaration addressed the issue and the Union published a draft agreement on Foreign Policy, Security and Defence in March 2020, the British government has been avoiding discussions on the topic.

This attitude may have been inspired by Britain’s attempt at redefining post-Brexit foreign policy.

According to the ‘Global Britain’ narrative that was first used by pro-Brexit campaigners and later taken up by successive governments, Britain would remain a key actor in the defence of the European continent, but its worldwide influence would be strengthened thanks to strong ties with the ‘Anglosphere’ as well as reinforced bonds with both existing and new allies.

London in particular insisted on its ‘special relationship’ with Washington. But Donald Trump’s defiance of multilateralism has been a challenge for the UK whose foreign policy has often been closer to that of European allies.

Trump’s reelection in November 2020 would continue to pose a challenge to the UK, while there is no guarantee as to what Joe Biden’s election would mean for Britain.

Meanwhile, the EU could be expected to make concessions in foreign, security and defence policy negotiations.

It is indeed not in the interest of the EU to completely lose one of its key defence partners, not to sacrifice the relationship with one of the two European countries with a permanent seat at the UN Security Council – and one which enjoys a worldwide diplomatic network.

But the kind of concessions the EU will be ready to make depends as much from the content and development of negotiations in other areas as from the tone of these negotiations. The fact that they have turned sour in recent weeks is far from encouraging.

All in all, the ‘Global Britain’ narrative lacks a clear definition and the UK’s foreign policy choices are difficult to understand. But what is even harder to understand is the government’s avoidance of the issue in current negotiations with the EU.

The new Integrated Security, Defence and Foreign Policy Review that was expected to be published in early 2020 has been delayed by the Covid-19 outbreak, which in turn has put to the fore such issues as the relationship with China.

The review process will thus have to take into consideration the international implications of the pandemic as well as uncertainties around the UK’s strategic choices following Brexit in a context of economic recession.

While the government might be tempted to hide the economic consequences of a no-deal Brexit at the end of the transition period behind the expected repercussions of the Covid-19 outbreak, it will be much harder to avoid discussing foreign policy issues which, rather uncomfortably for the government, will have become more essential than ever because of the pandemic.