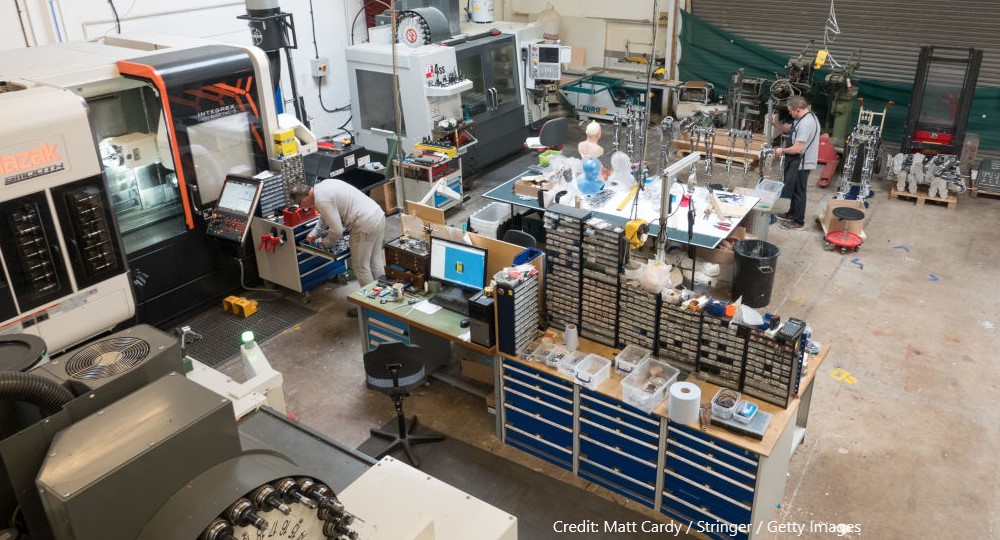 The period following the vote to leave the EU has been characterised by considerable economic upheaval, with extensive uncertainties generated during the ensuing negotiation period.

The upheaval and the uncertainties have resulted in widespread impacts on economic sectors, and while much has been written on the substantive effects on manufacturing industries and their international supply chains, there has been less concern with software sectors in the UK.

The impacts on this sector are critical, though, as they reflect and will potentially reproduce existing uneven development tendencies across the UK.

Granted, the software sector is diverse, but common impacts during the Brexit period have resulted in firms having to address market turmoil while planning for an agreement that had yet to be decided.

The latter included the prospect of having to navigate potential new legal and regulatory changes (such as migrant workforce regulations, data transfer and storage) and non-tariff barriers.

While these are important, there were more immediate and pressing issues relating to the uncertainties for firms during the negotiation period.

Of particular concern are the problems faced by foreign software corporations with subsidiaries located in the UK. Subsidiaries are embedded within both their parent companies and their international supply chains.

Importantly, it is the embeddedness within their parent companies that makes them particularly vulnerable to disinvestment and closure: when a unit somewhere ceases to be profitable, it can be shut down. But they’re also located in particular UK regions where their degree of embeddedness varies.

Of course, different parts of the UK have different conditions and capabilities – including those regions where they provide strong labour markets, business networks and markets for services – meaning their level of importance for these foreign corporations also varies.

Addressing upheaval and uncertainties leading up to Brexit has been critically important for foreign corporations. Taking its cue from the broader trends occurring within the sector, an examination of UK-based foreign software subsidiaries in lowland Scotland and the south east of England, found that impacts were concentrated around a number of specific issues (Fuller, 2021).

Each of these regions has an extensive software sector, although their level of national importance varies. The contribution of the sector in Scotland represents 4.5% of the overall UK gross value added (GVA) in this sector, compared with 20.5% generated in the south east in 2017.

The upheaval generated through the Brexit negotiation has negatively impacted foreign software subsidiaries in Scotland and the south east of England in a number of ways.

In general, the most effected foreign subsidiaries in both regions have been those with less important corporate roles, working through EU-based supply chains, and mainly serving European markets.

Furthermore, it is Scotland that has experienced these issues more extensively than the south east of England, suggesting uneven impacts across the UK.

First, labour market issues are of critical importance for the software sector, centering on the availability of a skilled workforce. During the negotiation period, the more advanced subsidiaries experienced declining applications for jobs and a poor overall supply of workers.

This was particularly acute in niche software subsidiaries in Scotland, but less the case in the south east of England where there is greater access to a highly skilled workforce and various business and knowledge networks. Certain labour force specialisms are critical at these subsidiaries, with workers that are highly skilled and relatively mobile.

Indeed, the mobility of highly skilled workers is critical for both regions, facilitated by free movement within the EU, and providing the UK with a strong supply of foreign software workers.

More generally, the ability to attract workers is critical as this is a workforce that is highly mobile and globalised, and has become more important as there is a belief amongst corporate managers that the UK does not produce enough workers.

Ironically then, membership of the EU Single Market has supported the supply of EU workers to UK foreign subsidiaries, but mitigated against firms seeking to retain workers during Brexit negotiations.

Such issues are likely to come to the fore in the future as the parent companies of these subsidiaries invested in the UK because of the availability of a strong labour market, which now faces reduced flows of foreign workers.

Second, there have been market uncertainties characterising the period leading up to exit, which has reduced demand for the services and goods of subsidiaries.

The negative consequences of this have been particularly pronounced at foreign subsidiaries that have functions which are not of significant corporate importance, and where they are dependent on mainland European markets.

The particular vulnerability of these subsidiaries arises because of the original decision to locate in the UK for purposes of low cost production and EU market access. Where subsidiaries are working to non-EU markets and possess important corporate functions, the impacts have often been far less.

Importantly, those most unaffected are concentrated in the south east of England.

Third, there is unevenness in terms of the impacts of the upheaval of the Brexit negotiation period on HQ investment in UK based foreign subsidiaries.

Subsidiaries are experiencing less corporate investment where they are dependent on European markets and EU-based supply chains. HQs have generally interpreted Brexit in terms of contemporary and future upheaval.

This has led to delays in corporate investment decisions into the UK, or the diversion of investment to EU-based subsidiaries.

Such trends are particularly pronounced at UK subsidiaries with functions that are generic and of low corporate importance, meaning that there are EU-based subsidiaries performing similar tasks, making the transfer of investment unproblematic.

Following the trends outlined previously, there is unevenness across the UK in terms of HQ investment, with the south east of England faring better than Scottish regions.

Ultimately, the trends occurring within the software sector are representative more broadly of the continuation and intensification of uneven development. Those regions with the firms that are performing high value creation tasks, supporting by strong regional business infrastructures and networks, have the ability to mitigate Brexit in ways that poorer regions are unable to do.

This represents a significant challenge for the UK government’s ‘levelling-up’ agenda, which has yet to fully comprehend or appreciate this feature of the new post-Brexit landscape.

By Dr Crispian Fuller, Senior Lecturer in Economic Geography at the School of Geography and Planning, Cardiff University. He held a Leverhulme Trust Research Fellowship between 2018-20, which examined ‘Brexit, foreign corporations and regional development’.