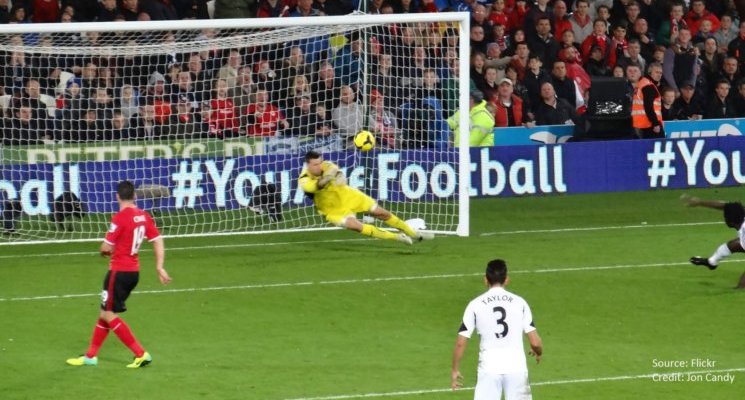 This week the Premier League announced the results of the auction of its UK TV rights for 2019-2022 for a total of £4.6 billion. Two packages of games remain to be sold as, according to the BBC, the price offered in the first round of bidding did not meet the Premier League’s reserve price.

Whereas the amount paid for the domestic rights is still incredibly high, the headline is, however, that the value per game is decreasing for the first time since 2004. This is because this time around the Premier League has decided to sell the live broadcasting rights for a total of 200 games per season, as compared to 168 in the current contract.

With the value of the five packages sold to Sky and BT Sport this week, the Premier League earned £4.6 billion for a total of 480 games (160 matches per season for three seasons).

The two packages of live rights which remain to be sold include 40 games per season, bringing the total up to 200 games per season for the 2019-2022 period. The value per game of the five packages that were sold this week is of £9.5 million, down from £10.1 million per game in the current contract.

This is only a very moderate decrease in value of domestic TV rights for the Premier League, and as we’re still waiting for the final two packages of live rights, the overall result could end up quite close to the current value per game. However, the changes need to be put in context.

The value of Premier League TV rights has constantly risen, from £1.024bn in 2007 to a staggering £5.136bn in the last three year contract signed with Sky and BT Sport, in 2016. Thus what we’re seeing now is the first time that the Premier League has struggled to increase its revenues in the domestic television market.

Furthermore, for the last year there were increasing rumours that the Premier League would benefit from a fight between the incumbent rights holders (Sky and BT Sport) and new internet platforms such as Netflix or Amazon Prime Video – the latter having bought the rights to broadcast major tennis tournaments in the UK. But just recently they finally decided not to bid for Premier League rights.

However, the current uncertainty and economic climate around Britain seems to have changed the thinking of the firms involved: BT Sport and Sky decided to bid moderately, and the internet platforms decided not to bid, or to bid too low (these bids are secret) in order to avoid any bidding war.

Specialists in football finance at Sheffield Hallam University agree that the macro-economic uncertainty in Britain caused by Brexit has contributed to the cautious approach of the television and internet operators. Both BT Sport and Sky have made clear in recent months that they thought they were overspending on sport broadcasting rights.

As a result they have had to increase subscription prices for their customers, and a further increase in the face of a possible Brexit-induced economic recession is, of course, not the most advisable policy for those operators.

Indeed, after the result of the auction was made public this week, Sky’s UK Chief Executive, Stephen van Rooyen said that his company had taken ‘a disciplined approach’ to bidding this time around. They have spent £9.3 million per game, whereas in the current deal Sky pays £10.3 million per game.

As a result of this ‘disciplined approach’ of the operators in the domestic UK market, the rising bubble of Premier League audiovisual rights has, if not burst, certainly stopped growing. At a moment of major transfer and salary spending, as well as some important stadium re-developments, Premier League clubs need all the cash they can get to stay competitive.

If the domestic British market seems to be reaching saturation levels for the Premier League, new opportunities come from the international market – part of a dynamic that Brexit supporters will certainly be quick to point out.

The international broadcasting rights for Premier League are worth around three billion pounds in the current three year cycle. Analysts agree, however, that this amount will increase in the negotiations for the 2019-2022 cycle, which will start in earnest once all the agreements for the UK domestic rights are concluded.

There is a large and emerging market for the Premier League in Asia and America, where they already have first mover advantage. And, naturally, whereas the domestic UK television market is unlikely to grow, the potential of the overseas market – think, for example, of China or India – is bright.

In this respect, the commercial activities of the Premier League can be seen as a perfect reflection of what is to come in the next few years for other sectors as Brexit and economic uncertainty approaches. Whether other sectors or companies have products as attractive for non-UK and non-EU markets is altogether a different question.

Whereas much has been written about the impact of Brexit on freedom of movement of players and the Premier League or other team sport competitions (rugby, cricket, etc.), not much has been said on what is likely to be the major threat for professional football.

The UK’s macro-economic circumstances are likely to have an impact on the revenue generation of Premier League clubs, not just in relation to TV rights, but also to other commercial, sponsoring and advertising deals. If Sky and BT Sport have now decided on a ‘disciplined approach’, there is a possibility that commercial sponsors follow suit.

It is probably too early to make a definite call on whether the Premier League bubble might be bursting. The league is in a very healthy situation, and the value of its games is still three times higher than its biggest rival, the Spanish Liga Santander.

It is undeniable, though, that the result of the TV rights auction is a call for the league and many others in the sports industry to prepare for the new economic and market reality introduced in the country by the prospect of Brexit.

Whether the Premier League will continue ‘forever blowing bubbles’ or not will be better seen in 2021, when the first auction of TV rights in post-Brexit Britain will take place.

By Dr Borja Garcia, Brexit co-investigator at The UK in a Changing Europe and Senior Lecturer in Sport Management and Policy at Loughborough University.