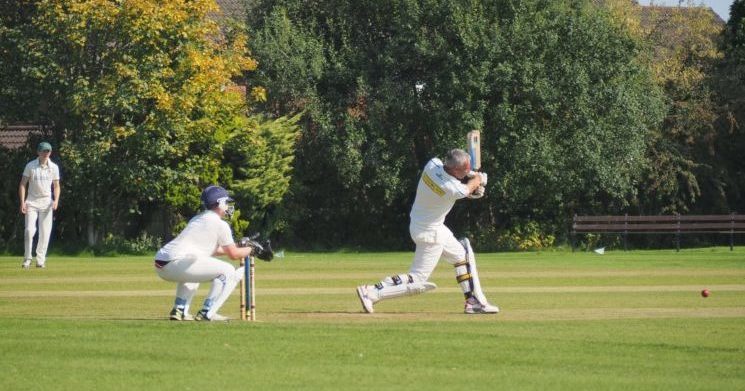 What would John Arlott have made of it all? Brexit, Boris, and backstops. It is easy to summon up his shade and hear again his inimitable port-over-gravel voice and the calm reassurance of his Hampshire policeman’s burr.

“England have played themselves into a spot of bother. They’re finding it hard to get momentum having won the toss and opting to bat.

And the light is definitely beginning to fade here at Lords as the umpires confer at the Nursery End. The openers are already licking their wounds back in the Pavilion after some very silly strokes.

There’s a bit of a pause as we wait for the new batsman to appear. Yes, I thought so. I thought it would be. The captain has called up the night watchman”.

In some sports now would be the point in the game at which to bring on fresh young legs or maybe even the super-sub. But in England, as summer gives way to the anticipation of autumn in the cool evenings of mid-September, it’s no time for heroics.

No time to have David Gower flashing needlessly outside off stump with the field set for four slips and a gulley and no fewer than two fielders in around short leg.

It is time to consolidate. To protect what has been achieved already.

Some cricketing nations rarely if ever use the night watchman. But English pragmatism has always valued modest achievement against the pursuit of impossible goals.

The night watchman isn’t there to win the game or even to turn it around.

He’s not there to show off or dazzle, and is usually a yeoman-like batsman rather than one of the knights of the crease. He’ll be happy to give way to the big beasts sometime tomorrow morning, when he has done his job and made his contribution.

Of course no analogy is perfect, but as play stands in the great Brexit Test, the conditions are looking less than ideal.

Deliberately opting for No Deal as a way out would be akin to pulling all the players off the field and sending them to play the Duke of Norfolk’s XI at Arundel.

Worse than an admission of defeat – this would be an invocation of it. And a defeat that would have costly and embarrassing consequences for the whole country.

After pulling the stunt of No Deal, it would take a long time for the team to be once again considered worthy opponents by any serious nation.

Rather than taking such a drastic route to get out of a bind, there is another strategy that can be played. But it requires the long-view, and more than a little nerve. It also is a tactic that can be used more than once in this Brexit series.

The tricky Protocol on Ireland/Northern Ireland appears to be the rub. The Government is convinced that it can only get a Withdrawal Agreement through the House of Commons if it is backstop-free.

At the same time, the EU is equally determined that there can be no Agreement that doesn’t contain a safeguard against a hard border in Ireland.

But such a Protocol need not work like a ‘backstop’. That’s not a concept that was anywhere near nuanced enough to capture the complexity of the issues it was designed to address.

It is derived from baseball and refers to the long net used to catch the ball before it flies off the diamond behind the home plate.

The EU likes the backstop because it remains in almost all circumstances. The British Government loathes it for the very same reason.

The beauty of the night watchman is that he only comes into play when the conditions are far from promising. There are times at which it is necessary to prioritise defence of the wicket over notching up the runs.

Everyone knows from the very moment when the night watchman takes guard that his role is limited.

And when the conditions are right and his work is done, he happily leaves the field a contented man – shaking the hand of the higher order batsman walking on to replace him.

As such, the night watchman is indispensable but only until the other big strategic decisions about the game have been made, in light of all the complicated factors that make cricket such a treat for its aficionados.

And big strategic decisions and well as hundreds of little tactical nudges will have to be made in the UK-EU Test match that is to begin on 1 November.

At some point, circumstances may well require the UK to field its team strategically. There could be wisdom in putting the night watchman into play between the end of the transition period and before a full new deal has been concluded.

There again, those conditions may never arise. The important thing is that he is at least in the pavilion and padded up.

At this point in Brexit, we don’t want an arrangement that determines the outcome of the whole match. But we do need something that will get us through to the next stage of a game with as little drama and risk as possible.

So, let’s forget the notion of a “backstop”. Let’s bring on the night watchman instead.

By John McDowell, Bishop of Clogher and Dr Katy Hayward, senior fellow of the UK in a Changing Europe and reader in Sociology at Queen’s University Belfast.  This article was originally published in the Telegraph.