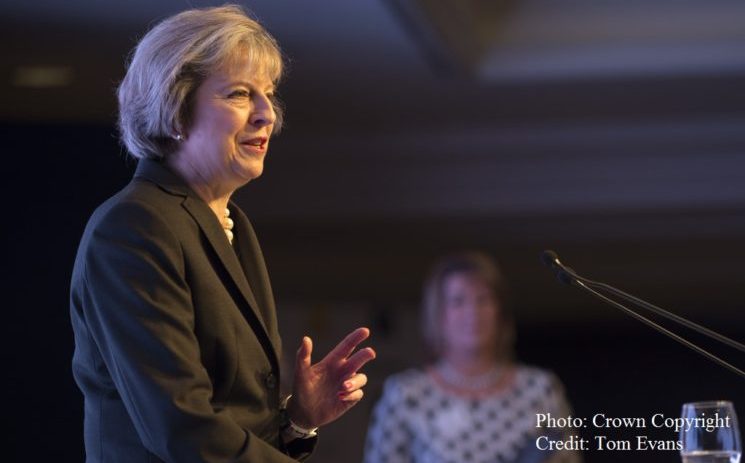 Ah, Hear’Say! Not ‘hearsay’, as in stuff that you can’t really substantiate, but Hear’Say – the reality-TV band who went up like a rocket and down like a stick at the beginning of the noughties. Even if you can’t remember them from back then, their biggest (come to think of it, maybe their only) hit may well have ear-wormed its way into your unconscious anyway, especially if you’re a fan of the brilliant Peter Kay’s Car Share. Here’s the catchy chorus.

Whatever you do, (i’m always gonna be there),

I’ll be there for you.

Pure and simple gonna be there,

Whatever it takes, (i’m gonna be there),

I swear it’s true, (i’m always gonna be there),

I’ll be there for you, pure and simple gonna be there.’

See what they did there?  Well that’s basically what the Conservative Party’s manifesto, Forward, Together, does too.

Unless you’ve been living on another planet – or you’re one of the very sensible majority of people who, according to YouGov’s research, don’t pay enough attention to politics to have heard in repeated again and again (and again) – then you’ll know Team Theresa has craftily substituted ‘strong and stable’ for ‘pure and simple’ as its campaign mantra.

Apart from that, though, the Tories’ trust-me message is basically the same as Hear’Say’s, although on Europe it’s supplemented by a couple more similarly reassuring (and, for a politician who needs to preserve maximum room for manoeuvre at the same time as projecting herself getting on with job, reassuringly vague) adjectival pairings.

The first thing the Tory manifesto wants to make clear is that our departure from the European Union will be ‘smooth and orderly’.  No surprise, there: Mrs May – who likes to hammer things home – has been making that very same point since delivering her Lancaster House speech, which, like her letter to Donald Tusk invoking Article 50 and the Great Repeal Bill, is cited in the manifesto, although it’s difficult to imagine the average reader (who definitely won’t be the average voter, mind) racing to read them all to get up to speed.

The second thing the Tory manifesto promises – if that’s the right word for an aspiration – is to negotiate a relationship with the EU that is ‘deep and special’ – in fact, so deep and so special (copyright Donald Trump) that the phrase is used seven times, often in maddeningly close and repetitive proximity.

Not least because, inasmuch as it does try to flesh out the phrase, the manifesto largely tells us what we already know from the speech, the letter and the bill just referred to, there really isn’t anything too unexpected in there.  What it does contain, though, is some serious wriggle room for the PM, as well as some stuff that those worried about Brexit should be concerned about.

Fans of renewables will, for instance, that note the passage that says ‘after we have left the European Union we will form our energy policy will based not on the way energy is generated but on the ends we desire’, which, as well as ‘meeting our global commitments on climate change’ means ‘reliable and affordable energy’.

Others might find something to concern them, at least in the long term, when the manifesto promises ‘We will not repeal or replace the Human Rights Act while the process of Brexit is underway but we will consider our human rights legal framework when the process of leaving the EU concludes. We will remain signatories to the European Convention on Human Rights for the duration of the next parliament.’ Oh, and if you live across the Irish Sea, what does ‘as frictionless a border as possible’ really mean?

Moreover, for all the much trumpeted Conservative land-grab on traditional Labour territory, it’s worth noting that, yes, ‘rights of workers and protections given to consumers and the environment by EU law will continue to be available in UK law’ but also that this will only, of course, be ‘at the point at which we leave the EU.’

And just for those who might have forgotten that, in UK politics anyway, one can’t bind the hands of one’s successors, there’s a handy (but possibly ominous) reminder that ‘Once EU law has been converted into domestic law, parliament will be able to pass legislation to amend, repeal or improve any piece of EU law it chooses.’

On the other hand, those who wish we weren’t leaving can find, if not solutions, then at least solace in some of the small print.  For example, the passage that notes ‘There may be specific European programmes in which we might want to participate and if so, it will be reasonable that we make a contribution’, points pretty obviously to a government gaining permission not only to opt in to stuff but also to pay for the privilege.

Yet for every swing there is a roundabout – and sometimes a return to rhetoric that those genuinely committed to a ‘smooth and orderly’ departure and a ‘deep and special’ partnership with the EU had hoped they’d heard the last of. Most worrying for them, perhaps, is the following passage: ‘Negotiations will undoubtedly be tough [tell us about it!], and there will be give and take on both sides [sounds reasonably promising], but [just when you thought it was safe to go back in the water] we continue to believe that no deal is better than a bad deal for the UK.’

And finally there’s the manifesto’s return to what some would see as wishful, even magical, thinking – not on how we’re going to take global trade by storm (although the government’s critics would say that’s bad enough) but on sheer bloody process. Although the UK has been told time and time again that, as far as the EU’s concerned, it’s not going to work like that, the Conservatives apparently continue to ‘believe it is necessary to agree the terms of our future partnership alongside our withdrawal.’

Pure and simple, then? Maybe not so much.

By Tim Bale, Professor of Politics at Queen Mary University London. This piece was co-published with the Times Red Box.