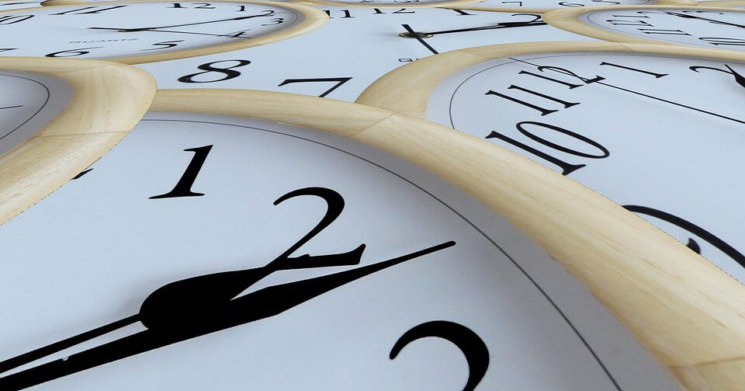 As the clock ticks down to the moment the United Kingdom leaves the European Union, the debates over what Brexit will look like has become a party management issue for both main Westminster parties.

Each have their own respective divisions and questions over whether their leadership is adopting the right kind of strategy, and so both leaders have a similar goal – of claiming unity behind their cause and pushing forward regardless of the objections from their backbenchers.

As such both May and Corbyn had a similar objective in their conference speeches: namely, to placate their rebels and to claim unity by linking their ideas to the overall ideological objectives that their parties seek to employ.

In May’s case, this is a claim that Chequers achieves Brexit whilst also ensuring the harm to the economy is minimised, whilst Corbyn sought to argue that Brexit would afford the country an opportunity to forge a more collectivised economy.

Indeed, May argued that “leadership is doing what you believe to be right and having the courage and determination to see it through. That is the approach I have taken on Brexit”, whilst Corbyn proclaimed that he had a “commitment to a Brexit that protects jobs, the economy and trade, and determined opposition to one that does not”.

Both arguments speak to their audiences in different ways given both visions come from entirely different traditions, yet each seek to bring their party onside behind them in the final months before Brexit day.

In terms of his core message, Corbyn framed his argument on a premise that most in the conference hall would galvanise behind – namely, that “no one can respect the conduct of the government since that vote took place.

We all hoped that the people’s decision would be followed by effective and responsible negotiations that would protect living standards and jobs. Instead, the main negotiations have taken place between different factions of the Tory party and the only job this government is fighting for is the Prime Minister’s.”

This message attacks the Conservative Party for its conduct over Brexit given the divisions within May’s party. It raises issues that the Labour membership believes it is ideologically bound to address, whilst still claiming that “Labour respects the decision of the British people in the referendum”.

In contrast, May acknowledges those divisions by arguing that “we have had disagreements in this Party about Britain’s membership of the EU for a long time. So, it is no surprise that we have had a range of different views expressed this week”.

This approach does not shy away from the divisions within the Conservative Party; rather, it strives to combat them head on. Like Corbyn, May claims that her approach is “honouring the result of the referendum” which she linked to her role as Prime Minister. Here she returned to a familiar line used by Cameron and Osborne to argue that she had a duty ‘to do what I believe to be in the national interest’.

Indeed, she continued to argue that “MPs asked the British people to take this decision. We put our faith in their judgement. They have put their faith in us to deliver. I will not let them down”.

This is an important framing of the narrative of how Brexit came to be such a dominant issue in British politics. Indeed, by positioning the mandate in this way she is claiming democratic legitimacy from the 2015 general election from which the promise of an ‘in/out’ referendum was made. This was then followed by the referendum itself in 2016, and then a general election on Brexit in 2017.

By framing the narrative in this way, May is de facto claiming that the UK has held three votes on the issue which have each pointed towards Brexit. This puts May in a position to argue that “a second referendum would be a ‘politicians’ vote’: politicians telling people they got it wrong the first time and should try again”.

For Corbyn, his attacks on the Brexit process are firmly orientated around attacking the Conservative Party rather than articulating a clear Brexit strategy. For example, he argued that “The Prime Minister is in New York today promising that a post-Brexit Britain will offer the lowest corporation tax of all the G20 nations”; “Sajid Javid has set out his plan for more tax giveaways”; “Liam Fox is itching to scrap workers’ rights and privatise the NHS with a side order of chlorinated chicken”.

These attacks highlight a rhetorical strategy that is predicated upon party politics rather than setting out his own vision for Brexit in a way which would prove convincing to an audience outside of the conference hall.

Indeed, he continued by arguing that “the Tory Brexiteers unite the politics of the 1950s with the economics of the 19th century, daydreaming about a Britannia that both rules the waves and waives the rules.” These are emotive arguments that are constructed around long-standing stereotypes of how Conservatism can be viewed.

Corbyn began to conclude his arguments over Brexit by suggesting that “Keir, having got agreement yesterday in this conference hall, getting one in Brussels should be a piece of cake.”

Despite constructing attacks based upon party politics, Corbyn argued that Brexit “is not about leadership squabbles or parliamentary posturing” and that “if you can’t negotiate that deal then you need to make way for a party that can.”

Based upon the arguments Corbyn advanced during his conference speech, it is unclear whether the EU would be any more receptive to a complacent Labour Party than a divided Conservative Party.

In conclusion, both leaders sought to speak to their party bases to galvanise their support based upon emotional arguments. Whilst Corbyn looked backwards to claim that Labour was “united and ready to win, ready to govern as we were in 1945, 1964 and 1997”, May retorted with “all Labour offered were bogus solutions that would make things worse”.

These are classic dividing lines that Brexit has brought into sharp focus given both leaders believe it affords them with an opportunity to reshape the British economy and society around their ideological visions, be those a free global market or a collectivised strong state.