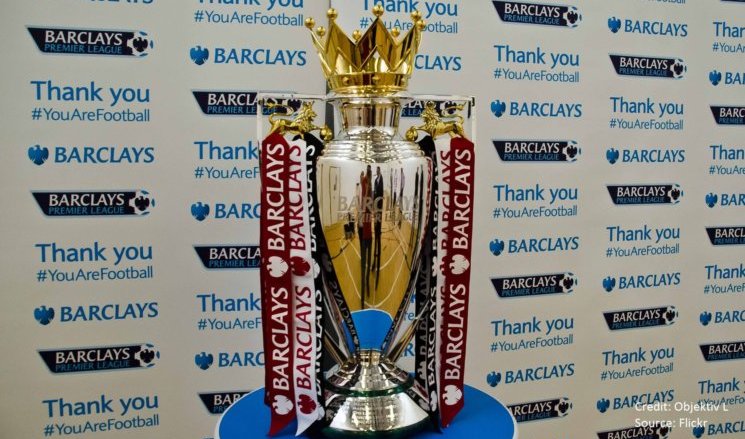 As football fans eagerly anticipate the start of a new exciting Premier League season, we hope the preparations are going well. The Premier League is one of the best sporting competitions globally, with clubs posting record income, TV audience and attendance figures each year. However, the uncertainties regarding Brexit may impact on the Premier League. As a research team, we are happy to provide you today with an overview of the main challenges that Brexit poses to your organisation.

Undoubtedly, one of the most pressing challenges of Brexit will be the end of freedom of movement. Just recently, a government spokesperson confirmed that March 2019 will mark the end of freedom of movement. This could be significant for the Premier League, as 208 of the 647 players who appeared in the 2015-2016 season were European Union (EU) nationals.

As free movement for nationals of the EU and the European Economic Area (EEA) ends, it will be for the Football Association (FA) and the Home Office to agree on a new scheme to regulate the registration of non-UK players in English football. The negotiation of the new scheme provides an important challenge for the Premier League, as you have no direct competencies.

It is difficult to predict how this issue will be resolved, but the FA might well push to restrict the number of EU players in English clubs arguing that it will benefit local talent and the national team. In turn, such a position might be well received by the Home Office given the current anti-immigration discourse in British politics in the aftermath of the Brexit referendum.

Over the years, you have been an exceptionally skillful CEO and Executive Chairman for the Premier League, Mr. Scudamore. You have cemented solid relationships with your counterparts in the FA, and you are a highly regarded administrator. These will be tested once more with Brexit, as the FA and Premier League’s interests in a new regulatory scheme for EU nationals might differ.

More so when UEFA club competitions have no nationality restrictions: Premier League clubs playing in the Champions League or Europa League will face rivals that are not limited in the amount of EU players they can hire. This can create a disadvantage for the top clubs in the Premier League.

If the current FA work permit regulations for non-EU players were applied to the EU nationals currently playing in the UK, there are estimates that around 332 footballers in the Premier League, English Football League and Scottish Premier League would be unable to obtain one. However, the Premier League will be less affected than lower divisions in the English Football League, as your clubs hire the best players, who in turn are more likely to comply with current work permit restrictions.

On a more positive note, the European Commission’s insistence on protecting the rights of EU citizens in the UK after Brexit means that any EU player in the Premier League by the agreed cut-off date should have their rights protected and, in theory, should not count towards any nationality quotas or work permit restrictions. In practical terms this will give Premier League clubs time to think about their post-Brexit transfer policies.

As you can see, it is a complex matter and one where the lack of clarity of the UK government will not help the Premier League’s future planning. We would advise you, Mr Scudamore, to work closely with the FA in designing plans that could be jointly presented to the government.

Whereas the situation regarding the end of free movement is uncertain, the most definite consequence of Brexit for you will be the impossibility to sign players under 18 years of age. Article 19 of FIFA Regulations on the Status and Transfer of Players forbids transfers of minors under 18, with an exception requested by the European Commission to allow transfers from 16 years of age when they take place within the EU or EEA territory. Once the UK leaves the EU, this exception will not apply and it may have consequences for the academies of your clubs.

Besides freedom of movement, Brexit might have other adverse consequences for your organisation, Mr. Scudamore. Over the past years you have travelled often to Brussels, as the European Commission investigated the selling of Premier League TV rights. EU law will cease to apply to the selling of rights within the UK after Brexit, but you should be aware that it will still apply when you sell your rights within the EU. Moreover the national competition authority (Ofcom) is likely to demand a similar behavior within the UK market. Thus, it will be ill advised to abandon the current format of the UK’s audio-visual rights auction.

Another minor consequence of Brexit for the Premier League could well be the impossibility to participate in projects funded by the European Union, most notably under Erasmus+ Sports section. European Commission chief negotiator, Michel Barnier, recently explained that the future of the UK in programmes such as Erasmus+ or Horizon 2020 is likely to be settled only once the UK exits the EU. The sports chapter of Erasmus+ is certainly modest and the real effect of this restriction is likely to be low for you.

As you can see, Mr. Scudamore, the real impact of Brexit on the Premier League is difficult to measure at this point. The Premier League is in a very strong position. It is financially solid and has a growing global popularity. It will be ill advised, though, not to make any plans for Brexit.

The economic consequences of Brexit will surely have an impact on the Premier League, and the regulatory challenges we have outlined in this letter will require your finest. We hope you found this summary useful, and do not hesitate to contact us if you have any questions.

The 28+ Perspectives on Brexit Team