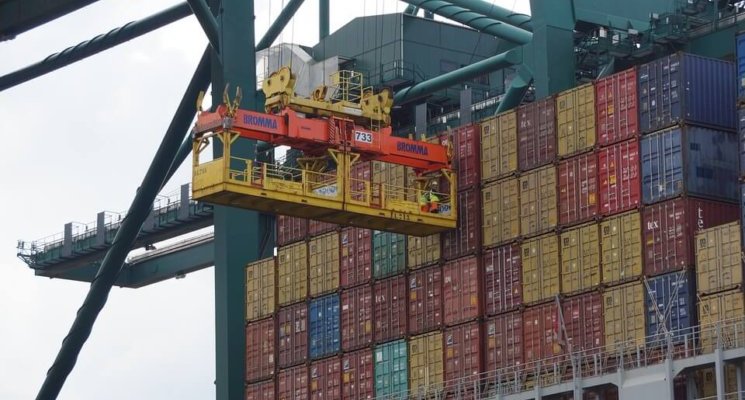 The Government’s Brexit White Paper envisages the post-Brexit UK as a trading nation, driving forward an independent trade policy. The most widely discussed Brexit trade opportunity is the right to strike trade agreements with countries around the world. But there may be other opportunities as well.

One of them is the creation of Free Zones (FZ). FZs are specific areas, typically near ports or airports, where the usual customs rules and duties do not apply.

Other rules might not apply either. As the European Commission noted in its internal Brexit preparatory document, the UK could opt for derogations on working conditions, social security contributions and labour inspection. For further details about Free Zones, read this explainer here.

So, are FZs a Brexit opportunity and what risks come with them?

A report written by Rishi Sunak MP claims that Free Ports (i.e. FZs established near ports) could create as many as 86,000 jobs for the British economy. This number was calculated by simply adjusting the number of FZ jobs in the United States (420,000) for the size of labour force in the UK.

The number is thus highly assumptive. However, an estimate by the consulting firm Mace suggests double that number of jobs could be created: they argue that ‘supercharged’ Free Ports could create up to 150,000 new high-quality jobs and bring £9bn a year to the Northern economy. As is often the case in the Brexit world, the numbers are big.

Free Ports as a trade opportunity are attractive for several main reasons.

First, ports are already a vital economic asset in the UK so the infrastructure for Free Ports already exists. Ports account for 96% of all trade volume and 75% of trade value.

Second, Free Ports could boost manufacturing. Manufacturing currently accounts for only 10% of UK GDP and so there is a need to boost this sector. Free Ports would allow the import of semi-finished products (e.g. automotive parts) from other countries into the UK Free Ports on privileged terms. Such products would be stored and processed in the Free Port and then re-exported as a British product (e.g. cars). The primary market for such ‘Made in the UK’ goods could be the EU itself.

That said, it is by no means clear that FZs would lead to new manufacturing investment. There is a risk that exporting and importing firms could simply relocate to within the UK to reap tax advantages without increasing manufacturing capacity.

Third, many ports are in the areas outside London, where jobs are needed most. Free Ports could thus help re-balance the disproportionate geographical distribution of economic growth. According to the former senior Treasury economist Chris Walker, Free Ports could create as many as 26,000 high-value jobs across the North East.

Politicians are excited. Michael Gove tweeted the Telegraph article suggesting that ‘Free Ports would fill the sails of the post-Brexit economy’, while Steve Baker tweeted that Free Ports could ‘create tens of thousands of goods jobs as we leave the EU’.

Rishi Sunak’s report rejoices in the possibility of deregulation. As one of the advantages of leaving the EU, his report notes the fact that the WTO provides only state-to-state resolution whereas enforcement of private rights is not possible. In the EU system, the report notes grimly, any private company can bring a dispute action if they feel aggrieved.

But there are issues with FZs too. They can serve as black holes for illegal activities. A 2010 report by an independent inter-governmental body suggests that Free Zones are vulnerable to money laundering and customs fraud. Illegal global trading in art is another major risk posed by Free Ports whose warehousing services are often attractive to art laundering.

Much depends on the economic model the UK wants to follow post-Brexit. Free Ports could provide an opportunity to boost much-needed economic growth in the North. But, for now, the Chequers White Paper prevents the UK from pursuing an ambitious FZ policy.

It calls for the UK to maintain EU state aid rules which would make it difficult to establish FZs which are essentially areas where state regulations, including antitrust rules, do not apply.

By Professor Catherine Barnard, senior fellow at The UK in a Changing Europe. This piece originally featured on BrexitCentral.