French foreign and security policy under Macron: all in for European sovereignty 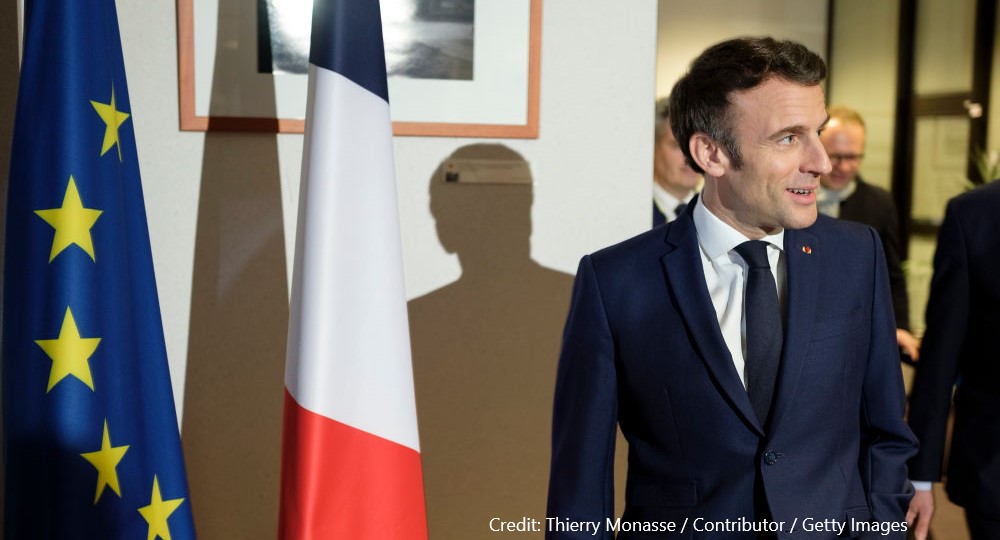 With his strong focus on Europe, French president Emmanuel Macron has been transforming French foreign policy over the last years — and Europe. In particular the Russian invasion of Ukraine has given an important momentum to the French claim for more ‘European sovereignty’, and to Macron as Europe’s most important crisis manager.

Macron is the most europhile president that France has perhaps ever seen, and the quest for ‘European strategic autonomy’ has characterised his foreign policy over the last five years. In a nutshell, this concept aims to equip the EU with the tools to take decisions and action independently based on its own interests.

Since taking over the presidency of the Council of the EU in January, France now uses the term ‘European sovereignty’, rather than the previously-used ‘autonomy’ – an important political signal to Germany and Eastern European states, who had often perceived the concept of ‘autonomy’ to mean ‘autonomy from’ the US or NATO.

Since Russia’s invasion of Ukraine, reality seems to have proven Macron right; and while his leadership of Europe is very visible, it cannot be denied that France has transformed the EU and Europe in a broader sense over the last five years.

While facing major domestic challenges – such as the ‘Gilets Jaunes’ protests in late 2018, internal security, and of course the pandemic – Macron has made Europe a priority. His active role in foreign policy overall is not that surprising, given the workings of the French political system.

Furthermore, the constitution equips the President with the supreme command over the armed forces, and a decree confers him the control over the country’s nuclear arms.

However, Macron’s foreign policy approach differs from his predecessors in so far that his project is so explicitly dedicated to strengthening the EU institutionally, and to deepening integration.

Indeed, one can argue that France has, in the past, often made use of the EU to promote French interests in the world, and indeed, there is little doubt that Macron’s project for European strategic autonomy is also driven by his awareness that France itself does not have a seat at the table with the US and China. Macron is convinced that a strong EU and, more broadly speaking, a strong Europe, is France’s life insurance on the international parquet.

Yet, instead of relying on the Council of Ministers for decision-making and using French influence among member states, Macron sees much of the potential of his European sovereignty agenda in the regulatory power of Europe. During the French presidency of the Council of the EU, Macron pushed for the adoption of the EU’s Digital Markets Act and the EU’s Strategic Compass in March, as well as the Carbon-Border Adjustment Mechanism, which is expected in June.

Furthermore, France has pushed for a European approach for providing Covid-19 vaccines for European populations and, together with Germany, brought the EU’s Covid Recovery Plan into being, based on a massive common borrowing scheme run by the Commission.

In fact, these last two years have flipped Macron’s record on Europe, as from 2017 to 2020 his initiatives in the EU were often not well received.

When Macron lobbied for a more ambitious, but more differentiated, EU before the pandemic – suggesting that not all EU member states would participate in projects like the EU’s Permanent Structured Cooperation (PESCO) – he was unable to gain political support from other key members states, most particularly Germany, which had always been opposed of the idea of multi-speed Europe.

Furthermore, his insistence on European strategic autonomy and strengthening the EU’s capacity to act in international security sparked suspicion, particularly among Eastern European member states, that France would highjack the EU security agenda to promote its own interests in the world.

Yet, the Macron method — ambitious and fast moves that are not always coordinated with fellow Europeans — remains contested. When he started the bilateral dialogue with Russia in 2018, many Eastern Europeans criticised him for not taking their security concerns seriously; likewise, his proposal in his speech laying out the priorities for the French presidency of the Council in December 2021, when he suggested a new European security order, caused irritation in many European capitals and on the other side of the Atlantic.

However, Macron’s bold steps in the Ukraine crisis deserve recognition: his active crisis diplomacy, initially described as diplomatic hyper-activism, has allowed him to remain Europe’s last channel of communication with Vladimir Putin.

Fostering closer cooperation among Europeans beyond the EU

In addition to giving an impetus to these new supranational projects, Macron has aimed to revitalise less institutionalised cooperation among Europeans in form of so-called ‘coalitions of the willing’, both in minilateral or bilateral frameworks.

The perhaps most widely known example is the so-called European Intervention Initiative, announced in the Sorbonne speech in 2017, and declared operational in early 2018. This grouping of currently 13 countries, including the UK and Norway as non-EU member states, aims to develop a common strategic culture through joint analysis of situations and anticipation of scenarios.

Likewise, Macron launched task force Takuba as part of the French mission in the Sahel, gathering special forces of other European states to support the fight against terrorism. While mostly under the radar of the media in most countries, this constellation could be described as the first case of European strategic autonomy in practice.

These coalitions of the willing have proven to be a valuable tool wherever France wants to go further than is possible within the EU’s current institutional framework or political appetite. Lastly, Macron has also invested in bilateral relations within Europe, for example through the Quirinal treaty with Italy and a defence pact with Greece.

In terms of institutions, formats of cooperation, and bilateral relations, Macron has already left his mark on Europe — a good starting position to implement his vision for Europe if he is elected for five more years.