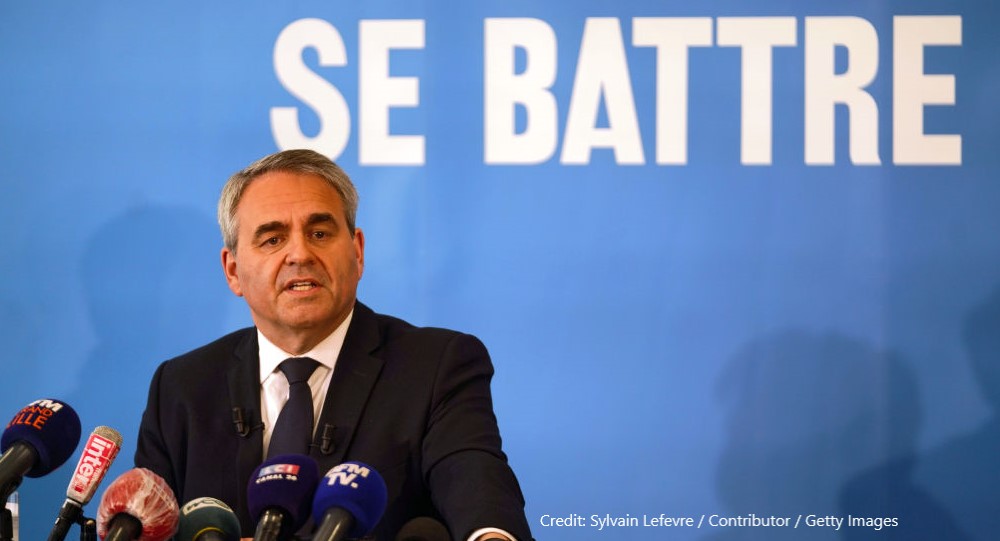 What have we learnt about Presidential politics from the second round of French regional elections on 27 June?

It’s always dangerous to extrapolate from one set of elections to another. Particularly so in France, given not only the different voting systems for different elections, but also the unique, personality-driven nature of the Presidency.

Yet lessons there may be. And the rise of Xavier Bertrand as a challenger to Macron and Le Pen is perhaps the most striking among them.

First, it’s worth stressing how little changed in these elections. Incumbent parties won in every one of the thirteen regions in metropolitan France, with the traditional right holding seven regions and the left holding five.

Given the tumultuous nature of French politics since the last regional elections in 2015 – the rise of Emmanuel Macron, the growth of support for Marine Le Pen, the prison sentences handed out to the two most recent Presidential candidates of the French right – the stasis is striking.

It’s also important to underline what distinguishes these elections from the Presidential poll to be held next year. This was an election shaped by record-low turnout (less than half of what we would expect at a Presidential election).

Moreover, the main issues for those who did vote were local rather than national. And of course, the party list system used produces a very different contest to a Presidential vote for a single figure from a single party.

Macron and Le Pen’s parties may have performed poorly here – failing to win a single region between them – but it is their personal ratings which matter when it comes to the Presidential contest, and they remain well ahead of the field.

Yet this election did reveal some potential structural changes. Marine Le Pen’s Rassemblement national (RN) failed to win either of its two target regions – the southern Provence-Alpes-Côte d’Azur and northern Hauts-de-France – while its vote share fell across France.

Le Pen had hoped to gain control of a region for the first time at these elections, which would have helped in her efforts to detoxify the party’s brand and present it as ready for government (hence also the change of name from in 2018).

Yet some 70% of RN voters stayed at home in the first round. Partly, this was because the party’s bread-and-butter issues – security, immigration, identity – were not on the agenda.

However, low turnout, despite frantic efforts by Le Pen to rally her supporters after their mass abstention in the first round, speaks to her failure to generate the momentum she will need if she genuinely hopes to triumph next year.

When it comes to momentum, perhaps the biggest concern for both Le Pen and Macron is that Les Républicains (LR), the traditional party of the French right, seem to have it.

LR collapsed in the polls following the 2017 Presidential election, caught in a pincer movement between Macron and Le Pen, while its candidate François Fillon found his campaign torpedoed by scandal.

Yet the recent consolidation of its support suggests it may yet be a force to reckon with. This will hinge on its ability to come up with a strong candidate. And it is here that the French regional election results are perhaps most interesting.

The stand-out name at the moment is Xavier Bertrand, fresh from a convincing win in the RN target region of northern Hauts-de-France.

Bertrand is the only Presidential candidate of the right to declare so far, and his strong showing has seen him rise to 16% in the polls – reducing the gap with Macron to under ten points.

How might Bertrand go about closing the gap further?

His victory on Sunday suggested an answer: by running as Le Pen light. Bertrand’s success has been based on the claim he is the best obstacle to the RN.

On the night of the elections he addressed ‘the silent, the invisible, the forgotten’, offering a ‘path of hope’ to alleviate the ‘anger and suffering’ of the French people. The portrayal of a disaffected population poorly served by the political class was straight out of the Le Pen playbook.

Bertrand has form when it comes to cultivating an image of himself as an ordinary politician, with the central tenets well established: a former provincial mayor and sporter of rudimentary rubber shoes, closer to the people than the highly educated ‘elites’ perceived to dominate French politics.

The ramped-up rhetoric of the speech on Sunday felt like the formal start of an election campaign, where Bertrand will be unafraid to challenge Le Pen on her own terrain.

Economically, Bertrand has an anti-globalisation streak which is more in line with the nativist right than the economic orthodoxies of the LR party of which he was once a minister.

He has proposed reducing taxes on domestic industry, and demanded a mechanism to penalise the ‘extraterritoriality’ of American law which ‘scandalously penalises our industries’. Anti-Islamism is less central to his rhetoric than Le Pen’s, but he has previously spoken of Islamism ‘corrupting the country’.

Bertrand is not guaranteed a clear path to the candidacy. Some may question whether his aping of Le Pen will do enough to win back more moderate centre-right voters who have transferred their allegiance to Macron.

Indeed, he is not even a member of LR, having left in 2017, and has ruled out participating in a potential primary among LR candidates, declaring ‘the Hauts-de-France regional vote will be my primary’.

A turf war for the right’s nomination could blight his chances.

Nonetheless, Bertrand can point to evidence in the polls that he is the right man if the French right wants to recapture the Presidency.

With just over nine months to the election, perhaps a candidate has emerged who has a serious chance of breaking the Macron-Le Pen duopoly.

By Joël Reland, Public and Foreign Policy researcher at the UK in a Changing Europe.