From ‘Project Fear’ to just ‘fear’: welcome to the new reality of British politics 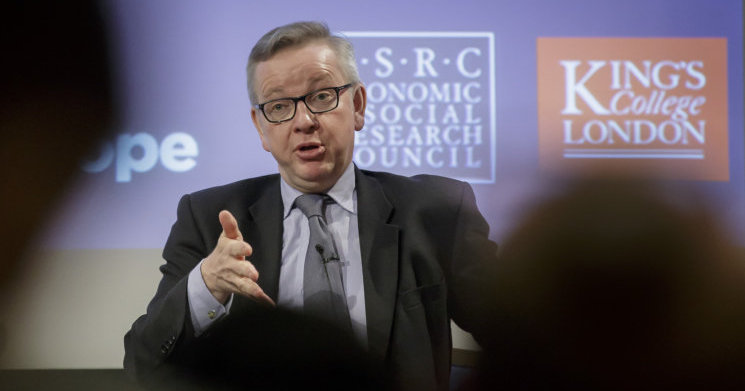 Two exchanges in the Commons this week are indicative of how far we have fallen as a political community since the EU referendum of 2016. These exchanges are breath-taking in both their content and – perhaps more worryingly – in the fact that they pass by almost unnoticed, just two more entries on a live feed, two more shares on social media.

The first was between the Health Secretary Matt Hancock and the Health and Social Care Committee.

Asked about preparations for a no deal Brexit, Hancock breezily replied – with an air of certainty and normality that one might expect if the committee were discussing preparations for turning on the Christmas lights in Trafalgar Square – that ‘stockpiling [of medicines] is going to be done by pharmaceutical companies and we will support them and are supporting them in doing that’, and as a result, stockpiling does not need to be done ‘by individuals’.

This last point was important, Hancock continued, as “if too many people try to stockpile then you end up with more demand for stockpiling”, meaning the pharmaceutical companies might not be able to meet their demands.

The second exchange was between the Environment Secretary, Michael Gove, and the Environment Committee on the subject of whether after a no deal Brexit, Britain would have safe drinking water.

Britain relies on European companies for chemicals that help sanitise our water, Gove told the committee, and as such we need to take ‘appropriate steps’ to ensure the supply of these chemicals continues.

Let’s just pause and take stock on these two exchanges: in the space of 24 hours, two government ministers have had to reassure Parliament and the wider public that the stockpiling of medicine is being coordinated and supported by the government, and that we will have safe water to drink after 28 March 2019.

Again, just think about that for a second. Never in peace time could this kind of discussion have happened before: not even during the industrial unrest of the 1970s were water and medical supplies threatened.

But I repeat: the more worrying point is that these extraordinary statements are actually rendered ordinary by the context of Brexit. These discussions of emergency measures have been normalised over the last two years, as the impact of leaving the EU has become increasingly clear.

This is the reality of Brexit: whether there is a deal or not, and whether we leave at all or we do not, the more immediate and more damaging fact is that the UK government is currently spending its time and energy on what are essentially war time activities.

And there are plenty of others too: the M25 parking lot, the flotilla of HGVs who couldn’t make it to the Kent lorry park. The normal business of government, during normal times has had to make way for this crisis management.

All of this then is the backdrop to UK politics right now, and whilst there are many consequences of a government in constant crisis mode, there is one overall impact that is particularly perilous in the run up to the Commons vote on the withdrawal agreement: finally, two years after the hard Brexiters invented the slogan as a political slur, we not only now have Project Fear; finally have fully-fledged and genuine fear.

We know now, as the Bank of England, and even the Chancellor informed us this week, that in all possible Brexit scenarios, the British economy will take a massive hit.

Painful irony upon painful irony pile up here. To return to Gove, he was one of the principal players in accusing the Remain side of operating Project Fear.

In April 2016, eight weeks before the vote, he accused anyone who was warning of dire economic and social consequences of Brexit of treating the electorate ‘like mere children, capable of being frightened into obedience by conjuring up new bogeymen every night.”

Bogeymen indeed, Mr. Gove. The bogeyman of no medical supplies, the bogeymen of unstable water supplies.

On the very best of readings, the bogeyman of low growth, falling house prices: all these bogeymen have indeed been conjured – and made real – not by the Remain side, but by Brexit itself, by this shambolic Conservative government (and we may add, shambolic opposition), its shambolic red line approach to Brexit, and its equally shambolic kowtowing to the Brexit extremists in the Party.

Welcome, then, not to Project Fear, but rather, to simply Fear, the new British political reality. And it is in this climate of fear that the voice of the fringe becomes increasingly hysterical: no better example that Jacob Rees Mogg’s incredible comments on Mark Carney and the Bank of England’s analysis.

And it is in this climate that politicians and people make bad decisions, paralysed by the inundation of analyses and forecasts that tell them what the most of them have known from the beginning.

Again, it is in this climate where the discussions of emergency measure discussed above are passed off as the normal, workaday business of politics.

However, there is one defence against this, and like everything valuable in politics, this approach comes to us from history’s great political leaders, so tragically lost to us today.

The only thing we actually have to fear, President Franklin D Roosevelt told the American people in 1933, is fear itself.

No matter how many times the mantra of ‘respecting the result of the referendum’ is used to batter down respectful opposition to a damaging course of action, those interested in the very basic idea of not damaging the livelihoods of all British people need to continuously and calmly speak out against Brexit, full stop.

This is what several brave individuals and groups have done from the very beginning, some from the very next day following the Leave vote. Individual politicians, like David Lammy and Chuka Umana.

The wonderful youth groups, like Our Future, Our Choice (OFOC), or For our Futures Sake (FFS), who have fought Brexit from the off not only with a bagful of good grace and humour, but with robust analyses and sensible forms of protest.

What a contrast these principled and persistent individuals and groups are to the fear-ridden narratives of mainstream political discourse. And that is precisely the point – the strongest and yet most kind weapon against fear and pessimism is hope, and never more have we needed it in British Politics.