From Rolls Royce to handcart? The future of Whitehall in a Brexit world 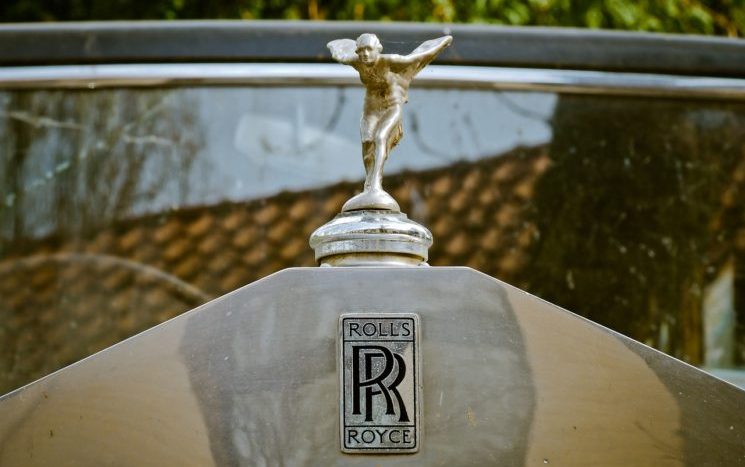 The UK civil service has traditionally been likened to a Rolls Royce when it came to matters European. However dysfunctional political attitudes of the UK towards the EU have been, the civil service machinery supposedly purred away, ensuring effective organisation and influence at the technical level. What, then, is the future of this Rolls Royce in a world outside EU membership?

The creation of a special unit in the Cabinet Office to organise for Brexit has been widely reported. So has the demand by the Cabinet Secretary, Jeremy Heywood, that civil servants were to enthusiastically serve the government of the day, and thereby work for Brexit given the result of the referendum.

Placing such a unit in the Cabinet Office makes sense. After all, the EU transposition activities are organised through the Cabinet Office and therefore having a department in charge with a co-ordinating remit, seems sensible. However, given the absence of a political steer as to what a post-Brexit world might look like, it is difficult to envisage what this unit will actually do in the meantime.

It could consider the regulatory and legislative ‘stock’ and ponder what the implications of Brexit might be for different government policy areas. Such a stock-take might identify areas where previous attempts at change were ‘hindered’ by EU commitments. However, such an exercise would require institutional memory and capacity to consider alternative policy approaches – and pursue them in future legislative action. It is perhaps optimistic to assume that policy alternatives will come easily.

The more important question is what a future Whitehall might look like in different scenarios. Take the ‘Norway model’ first. According to this model, in which the UK would be a member of the European Economic Area (EEA), not much would change. The UK would have to accept the EU provisions, it would pay less (17 per cent or thereabouts) to the EU, and it would have to manage transposition and compliance. There would still be considerable travel on the Eurostar to lobby for particular policy initiatives rather than others. There would also be considerable (political) frustration with ‘red tape’.

The major difference would be that officials would join journalists and others in late night get-togethers in Brussels while awaiting the results of negotiations. They would then continue negotiations as part of the EEA standing committee structures. More critically, there would be considerable debates about what aspects of EU activities would fall under the scope of the EEA or not.

Existing members of the EEA have a rather expansive interpretation of the scope of the EEA, whereas the European Commission has a rather restrictive view on such matters. Such questions would be settled in the EEA committee constituted by the European Commission and EFTA member state ambassadors. In the EEA world, therefore, not much would change for Whitehall, apart from the actual ability to participate in decision-making.

Some more influence would however be possible was the UK to ‘buy in’ into various provisions, such as Norway’s ‘buy in’ into the Schengen arrangements. In such cases, UK civil servants would join the deliberations of the working groups rather than wait outside. They would not vote (which is rarely relevant in any case), but could potentially play an important role in substantive discussions. When and how such influence might be exerted will much depend on the chairing of particular working groups and the strategies of Presidencies.

A Brexit on the lines of a ‘trade deal’ would look very different. Discounting the hardly plausible view that the UK would abandon all trade provisions and just open its borders (which would require hardly any trade-related bureaucracy at all), the world of trade agreements is a highly complex one. It is questionable whether the Whitehall machine has the appropriate capacity for such a world, in terms of numbers, expertise and institutional memory. We already had announcements about the lack of capacity within Whitehall to deal with trade policy, and recruiting the ‘best in trade policy’ talent will not come cheap. This might therefore be a great time for trade lawyers, but it is questionable whether the recruitment of high-pay talent will do much to advance Whitehall morale in a time of advanced pay constraint.

In addition, Whitehall would also have to respond to the preferences of a future Brexit government: ‘taking back control’ might mean constant searching for the elimination of rules and enforcement practices, or it might mean the erection of barriers and the creation of interventionist practices. Neither of two visions is likely to go down well even with a civil service committed to loyally serving the government of the day.

The next few years are likely to provide for a major boost in ‘Brexit experts’ inside government. Organisational attention will focus on Brexit and, possibly, EEA arrangements. Career-conscious high-flyers will identify Brexit-related debates as high visibility areas to rush up the career ladder, leading to conflicts within Departments over how resources should be allocated. Domestic policy priorities will receive less attention in the absence of additional civil service capacity – which is unlikely to please any Brexit government either.

However, once the Brexit party is over, and the world is getting used to a UK (in whatever shape) outside the European Union, it is likely that expertise of the EU and EEA will rapidly diminish (as the example of Norway has taught us). Institutional memory will dissipate and civil service careers will be made elsewhere. Such a pattern has been already all-too-prominent in current Whitehall, but it will further diminish the potential role of Whitehall in influencing rules made in Brussels.

More generally, the ‘public service bargain’ that underpinned the traditional relationship between Whitehall and the wider political system has come under further strain. Rewards will continue to diminish and become more unpredictable. Loyalty relationships have been questioned as evidenced by the attacks of leading Brexit politicians on civil servants and public institutions, such as the Bank of England. The referendum also challenges Whitehall directly: it appears as if Whitehall was surprised by the result and the demographics also suggest that those voting for Brexit have very little in common with the inhabitants of Whitehall. Therefore, Brexit constitutes a considerable challenge for the competency of Whitehall – as it turns from direct shaper to advocacy group in Brussels.

Tensions over devolution and difficulties over public expenditure add further to the challenges ahead. Such a context is likely to further reduce the overall attractiveness of working in Whitehall.

How the demands of Brexit can be accommodated with these strains on the public service bargain will remain a critical question for years to come. Asking Whitehall to continue a Rolls Royce-type service in an age where numbers have been cut, where salaries have remained frozen and where political loyalty to the civil service has been repeatedly questioned, is a big ask. The future might not lie in a handcart, but it is more likely to be one of a Morris Minor – and it is questionable whether that is an appropriate vision for a 21st century civil service.

By Martin Lodge, professor of political science and public policy and director of the Centre for Analysis of Risk and Regulation at the LSE. This piece was co-published with The Times Red Box.