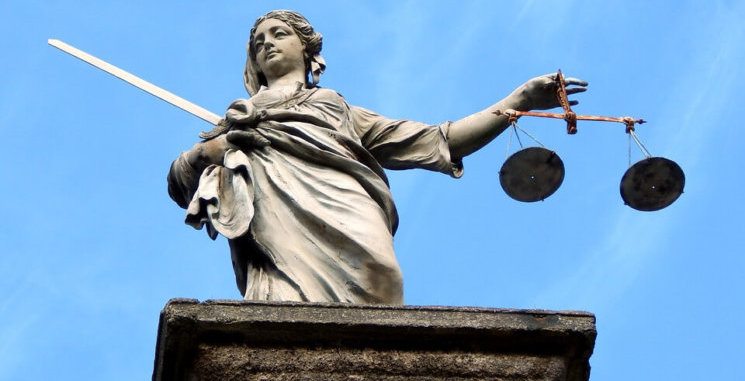 As a guiding and fundamental principle of the European Union, solidarity is the idea that all member states should share the benefits and the burdens of EU membership in an equal manner.

Solidarity appears in article 2 of the Treaty of the European Union alongside other desirable values for any well-functioning democracy including respect for human dignity, freedom, democracy, equality, the rule of law and respect for human rights, including the rights of persons belonging to minorities and equality between women and men. It has even been suggested that the emergence of transnational solidarity provides the basis for a concept of justice within the EU.

Chapter IV of the Charter of Fundamental Rights of the European Union is entitled ‘Solidarity’ and aims to transpose the more abstract idea of solidarity as shared benefits and burdens into tangible rights for EU citizens.

This manifests in what might be called social and economic rights in that these rights contribute to setting minimum standards for living within the EU, which member states are under a legal duty to provide.

Articles 27-33 relate directly to solidarity in the workplace, including issues such as freedom of information, protection against unfair dismissal, fair working conditions, prohibition on child labour, the right to strike and the right to paid maternity leave and parental leave.

These articles place employers under a positive obligation to provide minimum working conditions. Article 34 takes this a step further and requires the state to provide social security in the event of maternity, illness, industrial accidents, dependency or old age, and in the case of loss of employment. In an attempt to combat poverty and social exclusion within the EU, this article also recognises the right to social housing.

The right to healthcare, article 35, is considered to constitute an integral part of the solidarity chapter and articles 36-38 cover access to services, environmental and consumer protection.

These rights are a consolidation of equality law principles that have been developed through the jurisprudence of the Court of Justice of the European Union such as pregnancy and maternity rights, equal pay, equal treatment, employment rights, direct and indirect discrimination.

The UK Equality Act 2010 (‘EA 2010’) derives largely from these rights. However, post-Brexit, equality will have no constitutional footing in the UK as the EA 2010 is not a constitutional document and can be amended by Parliament in accordance with political agendas.

The EU has been in the unique position to develop a jurisprudence around social and economic rights. Providing a minimum standard of rights protection has been the quid pro quo for the economic prosperity enjoyed by member states.

The economic benefits of EU membership enjoyed by the United Kingdom have acted as a strong incentive to deliver on social rights protection and deliver on solidarity with our EU neighbours. Even if the motivation has been purely strategic in gaining economic benefits, the outcome has been beneficial in rights and equality terms. This is what has given the principles of equality and rights of the EU teeth.

Testament to this is the fact that equality constitutes a whole chapter in the EU Charter, devoting seven articles to articulating principles of non-discrimination and outlining positive obligations for states.

Although the European Convention on Human Rights has made significant progress in developing rights protection with some considering it a Supreme Court for Europe, the fact remains that the ECHR is a political, diplomatic and legal union.

This is problematic in the sense that the ECHR does not attach to the same economic incentive as the EU system and is thus more vulnerable to the political posturing of national governments, including the UK government.

In wake of the Referendum and the triggering of article 50 the UK government has acted in direct opposition to the principle of solidarity. The fact that UK government no longer considers itself to be bound by the solidarity principle and the idea of sharing benefits and burdens has manifested in many ways.

It has become apparent that now the UK government does not consider itself to be enjoying the benefits of EU membership, it is not prepared to shoulder the ‘burden’ of guaranteeing principles of equality and socio-economic rights developed through EU membership to its own citizens, let alone to others such as EU nationals and third country nationals.

This has been demonstrated through the recent withdrawal by the UK government of amendment 30a, which was the non-regression clause that promised there would be no going back on rights and equality protections already established in the UK under the auspices of the EU. This is no longer a guarantee and creates space for retrograde protection.

The above precipitates a shift from solidarity to precarity, which sees the UK stride out on its own as nostalgia for and as an effect of empire. Economic solidarity with EU member states is no longer a concern and the protections enjoyed by UK citizens as part of this arrangement are no longer compulsory.

The hyper-neoliberal move of Brexit attempts to shed minimum standards of justice and equality perceived as red tape, in order to perform on a global economic platform. Brexit shifts the UK away from solidarity at the level of the state and places citizens and non-citizens of the UK in a position of precarity, which can be understood as a fear of unemployment, inability to access healthcare, pay rent and inequality in the workplace and beyond.

This will disproportionately affect access to justice and the rights of women, BAME communities, LGBTQI, those with disabilities, workers and third country nationals.

By Dr Kimberley Brayson, Lecturer in Law at the University of Sussex and Co-Director of the Sussex Centre for Gender Studies.