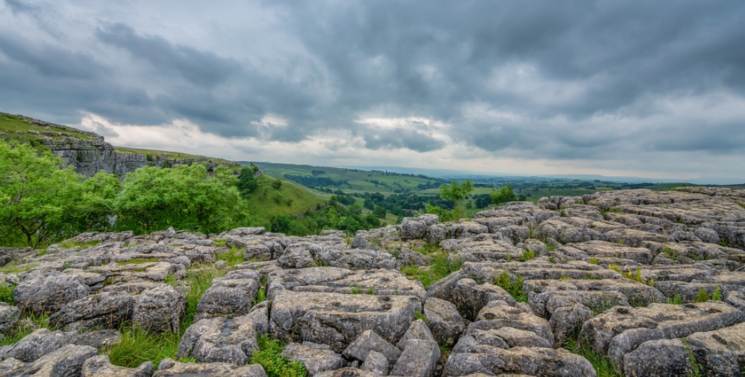 England is the largest part of the UK, bigger in economic size and population than all its other parts put together. However, England has rarely surfaced in Brexit debates at Westminster. There, the nation is imagined as ‘Anglo-Britain’. Its celtic peripheries sometimes seem indistinct as they are viewed from the centre.

The politics of these peripheries appear as particularly ‘territorial’ – and are not always well understood. Perhaps this is why the focus on these peripheries in the politics of Brexit – notably the ‘Irish’ backstop but also the contested position of the devolved authorities – has proven so startling and unsettling at Westminster.

Mutual misunderstanding may resonate beyond Westminster. The 2018 Future of England Survey suggests that the Union is characterised by widespread ignorance and grievance. It offers little evidence for the ‘precious Union’ of political rhetoric.

The English are, however, frequently mentioned in the Brexit blame game. Some observers blame English nationalism for the referendum result. Here, Englishness, characterized as an exclusive, deeply-rooted ethno-nationalism, is contrasted with Britishness, viewed as an open, multi-cultural identity.

This analysis taps into deep assumptions about geographical scale, which frame much research and public debate. Leading social theorists associate social and political life organised in larger scale units with more open or liberal values. Yet the relationship between scale and values is more complex than they suggest.

The ethno-nationalist interpretation of English identity is contested. Equally, the essence of Britishness cannot be an open multiculturalism and opposition to Brexit. Outside England, support for Brexit is strongest among those who identify as British. Consider British identifiers in London and Belfast: they are unlikely to share either social and political values or views on Brexit.

Brexit has led to renewed – or in some cases simply new – attention to differences and divisions within England itself. Post referendum, unprecedented attention has been paid, both by academics and the media, to, inter alia, divisions between cities and towns, intergenerational politics, and local devolution to city-regions. Yet even here, it is not always clear what is the ‘national’ for these debates: is it England or perhaps Britain, or even the geo-legal entity of ‘England and Wales’. Practically speaking, it is rarely the UK as a whole.

Previously neglected challenges facing England’s towns illustrate something broader. Brexit has unveiled social, economic and political realities that were previously hidden or poorly understood. Many difficult questions had either been swept under the carpet or simply failed to surface in political, policy, media – and academic – debates. Several of them are now, at least, receiving an airing. As Vernon Bogdanor outlines in this report, the constitutional implications of England’s anomalous situation have become stark.

How did we get here? England tends to be hidden in Anglo-British discourse. England has not had national devolution, being mostly ruled through British/UK institutions. Westminster politicians rarely mention England. Even as previously neglected issues come into focus, as a nation England remains a blurred presence, at best, in Westminster politics.

Politicians’ references to ‘our country’ or ‘the nation’ are unclear. Which territory are they discussing? Perhaps unsurprisingly, this lack of clarity irritates many in Northern Ireland, Scotland and Wales, as well as some in England.

At the end of the 1990s, when power was devolved to the UK’s celtic nations and jurisdictions, psephologists watched for an upsurge of English national identity. It didn’t come, at least in the short term. Even today, some see no clear evidence of a distinctly English political community. Yet Englishness has been politically mobilised, with important consequences. Brexit was mostly ‘Made in England’ and largely made by the English.

Even before Brexit, Englishness also had significant political effects, some of which helped to set that process in motion. David Cameron mobilised ‘the English’ in the 2015 general election – and arguably helped to generate the SNP landslide in Scotland and an unexpected Conservative majority UK government.

Crucially, Englishness lacks institutionalised political outlets – England has no party equivalent to the national parties in Scotland and Wales. As a political identity, Englishness is both potentially powerful and protean – capable of being mobilised in various ways.

Nearly three years after the referendum, work is needed to make sense of the UK’s complex identities. We should move beyond the assumption that larger scale polities necessarily engender more open social values. Analysing the politics of England is important in its own right. Indeed, to understand British politics or the future of the UK, we need to make sense of England.

Politically, Brexit poses territorial challenges to the UK. Northern Ireland may have a Catholic-background majority as soon as 2021 – which might make Brexiters who have asked for the backstop to end by 2025 pause. Neither can Scottish independence be excluded. England might, then, emerge as a political nation by default, behind the backs of Anglo-British politicians.

Even absent such dramatic developments, Brexit processes could turn Englishness into a force that further reshapes this northwest Atlantic archipelago.