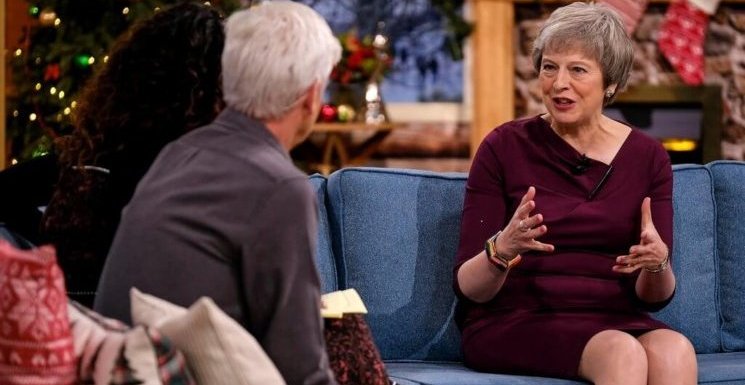 The last ten days have been marked by the publication of the political agreement on the future relationship between the UK and the EU, the acceptance of the whole Brexit deal at a special European Council on 25 November, and further attempts by the Prime Minister to persuade both MPs and the general public about the merits of the agreement that she has struck.

None of this has engendered the intense flurry of polling that graced the original publication of the draft withdrawal agreement, but there has been enough undertaken to gain some sense of whether, after originally largely giving it the thumbs down, the public have warmed to the deal at all.

The short answer appears to be that they have – but the extent to which they have done so is less clear. The most dramatic movement was reported in a snap poll undertaken by Survation for the Daily Mail on the Monday afternoon after the EU council.

Previously the company had found that, among the three-fifths of their respondents who said that they had heard about the deal, only 27% supported it and 49% were opposed.

Now,among the just under three-quarters who by now had heard about the deal, slightly more (37%) said they supported the deal than said they were opposed (35%). That together with the finding that among all respondents slightly more (41%) wanted MPs to vote for the deal than to oppose it (38%) enabled the Daily Mail, which under its new editor is backing the Brexit deal, to suggest that the public was moving strongly in favour of its own view.

Less movement, however, was reported by YouGov, which has published in the last week as many as three readings of the level of support for the deal. Here there is more than one baseline reading with which we can compare the latest results, as the company conducted two polls of attitudes towards the deal within 24 hours of its original publication, one of which found rather more opposition than the other.

On average those two polls found just 17% were in favour of the deal while 47% were opposed. In contrast, an aggregation published by YouGovof all three of its most recent polls puts support for the deal at 25% and opposition at 44%.

That represents a net swing of  5.5% in favour of accepting the deal as compared with the average of the two earliest polls (less than half the 12% swing uncovered by Survation) – though there was no indication that the balance of opinion on the deal was any more favourable at the end of last week than it had been at the beginning.

We therefore should not assume that the swing in the polls is necessarily indicative of a continuous movement that will necessarily see opinion shift further in favour of the deal between now and next Tuesday’s meaningful vote in the Commons.

There are some potentially important differences between how YouGov and Survation have undertaken their polling. First, as we have already noted, Survation only ask their question of those who say they have heard something about the deal, whereas YouGov ask all their respondents. Second, while Survation allow respondents to say that they neither support nor oppose the deal, YouGov do not offer such a ‘mid-point’ option.

Yet it is clear from the data provided by both companies that there are plenty of people who either have not thought much about the issue or who have not come down firmly on one side or the other.

In Survation’s case their approach means that only just over half of their sample (52%) express either support for or opposition to the deal, while YouGov report that still as many as 30% of their respondents prefer to say Don’t Know.

One possibility is that some of those who in response to Survation’s approach either say they do not know anything about the deal or else that they are neither supportive nor opposed end up in YouGov’s polling being disproportionately inclined to express opposition. Be that as it may, it is perhaps important to remember that, at present, all the polling to date shows that neither support nor opposition represents the view of a majority of the British public.

That, however, is not especially helpful to the government, which, if they are to be of assistance to the Prime Minister in her efforts to persuade MPs to back the deal, will need the polls to suggest that backing the deal is clearly the public’s wish by the time the meaningful vote is held next week.

In particular, Mrs May needs to be able to demonstrate to the Brexiter-inclined MPs on her side of the Commons that the deal has the backing of Leave voters.

But at present it is still not clear that is the case. Survation found that while 41% of Leave voters support the deal, equally, 41% are opposed – Remain supporters in contrast were marginally in favour by 40% to 34%.

Meanwhile, although YouGov have, in contrast, found that Leave voters are a little more likely than Remain supporters to be in favour of the deal, at 31% the level of support among Leave voters is still well below the 43% who are opposed.

Equally, in their most recent poll YouGov find that only 35% of Leave voters would like MPs to back the deal even if doing so were to mean leaving without a deal, while 49% say that they should still reject the deal. Meanwhile, many Remain supporters still prefer abandoning Brexit to accepting Mrs May’s deal.

According to Survation nearly three-quarters of Remain supporters (74%) hold that view, while nearly two-thirds (64%) would like MPs to reject the deal if the consequence would be to remain in the EU.

True, Leave voters are inclined to prefer the deal to no Brexit and Remain supporters the deal to leaving without a deal. But being told that Mrs May’s deal is many voters’ second preference seems unlikely to be the most persuasive argument in the eyes of those MPs who, like many a voter, have rather firm views about their own first preference.

By Sir John Curtice, senior fellow at The UK in a Changing Europe. This piece originally featured on whatUKthinksEU.