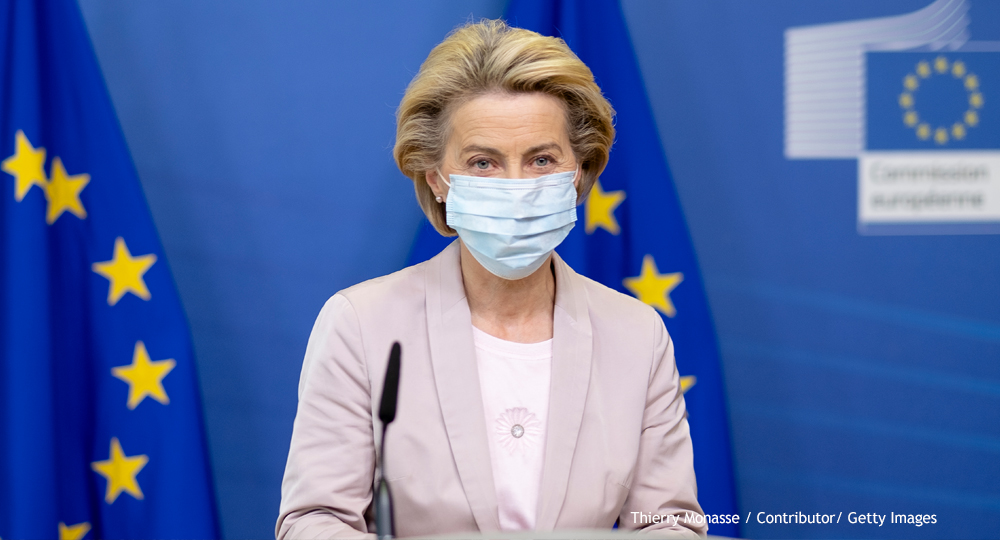 The European Parliament’s confirmation of Ursula von der Leyen as Commission President marked a historic moment in the development of the EU.

For the first time, a woman holds the EU’s highest office – and she has made no secret of the role gender will play during her tenure.

The Commission President has said that her recent snub in Ankara, at a meeting to discuss violence against women, has ‘sharpened her focus’ on the pursuit of gender equality more than ever.

However, in the aftermath of a global pandemic, the impact of the Commission’s proposals may not match up to von der Leyen’s ambitious rhetoric.

From the get-go, von de Leyen’s proposals on gender equality have been more proactive – and less reliant on soft law – than those of her predecessors.

She announced she would strive for a gender balanced Commission, even threatening to ask member states for new names where they did not propose a substantial number of female candidates.

Her Commission also launched a Gender Equality Strategy (GES) which aims to make real progress on closing the gender care and pay gap, and tackling gender based violence, by 2025.

Von der Leyen’s pursuit of gender equality isn’t a new vocation for the Commission, which first committed to gender mainstreaming – placing gender at the heart of policy design and public spending – back in the 1990s.

Indeed, alignment with EU legislation on gender equality and equal pay has been as a requirement for EU accession since the implementation of the Copenhagen Criteria.

And there is no doubt that the EU has made headway on descriptive representation, with more women in high office across its institutions than ever before. The Union’s rhetoric on gender equality issues has also been relatively progressive for over two decades.

Yet there is still substantial progress to be made. A 2020 report from Eurostat shows that the EU has failed to close the gender employment gap across the continent, as laid out in the UN’s Sustainable Development Goals, and the gender pay gap across EU countries is stagnant at 15%.

A report from the Commission itself shows that the scale of this challenge will only increase in the aftermath of the Covid-19 pandemic.

Women are significantly more likely to have faced career disruptions, been burdened with additional caring responsibilities, and faced increased exposure to domestic violence and unemployment as a result of the pandemic, in a shift that could set the fight for true gender parity back even further.

This same Commission report proposes, unsurprisingly, that gender mainstreaming will be crucial in tackling the challenges faced by women in the aftermath of Covid-19. The GES could, therefore, prove to be a step in the right direction, and a useful policy framework to build upon.

However, despite first coming into prominence in the mid-1990s, an EU spending review has shown that gender mainstreaming is still rarely used as a framework to guide significant public spending decisions.

This surely raises the question of whether the Commission’s strategy is radical enough to succeed where its previous initiatives have failed.

Admittedly, though some of the GES’ more radical proposals, including binding measures on pay transparency, originally failed to materialise before the 2020 deadline set by the President, the Commission’s recently announced draft directive on equal pay seems a positive step forward.

However, a large portion of the GES’ propositions still date back to old directives. Some of these are nearly a decade old, leading MEPs to criticise von der Leyen’s strategy for lacking new ideas.

The situation likely won’t be helped by the fact that, even where more binding policy proposals to promote gender equality have been put forward, von der Leyen has seen her programme stymied by member state governments. The Women on Boards Directive, a priority under the GES, is still stuck in Council.

Additionally, ratification of the Istanbul Convention, described as a ‘main target’ for the EU’s Equality Commissioner, is still pending in five EU countries, with the Commission facing active rebellion from Hungary and Poland.

The Commission President may have imagined that her missive would at least be more warmly received by the European Parliament.

It is regarded as one of the most gender-equal legislatures in the developed world, boasting a high proportion of women MEPs, and known for actively promoting gender equality directives via the Committee on Women’s Rights and Gender Equality (FEMM).

But even this seems unlikely, as the institution has seen gender become an increasingly polarising topic for its members, with a growing number of MEPs describing themselves as opposed to gender equality and women’s rights.

The Commission President came to office in 2019 promising a fundamental rethink of the EU’s gender equality policy.

As EU institutions begin to debate how to respond to the gendered impact of Covid-19, she will likely have to confront the question of whether the policies put forward in the GES, or at least those which European policymakers are willing to adopt, are fit for purpose.

And the signs are not encouraging. Von der Leyen has overseen the launch of the Conference on the Future of Europe, set to shape EU priorities for year to come.

Yet even here, ‘gender mainstreaming’ hasn’t been successfully implemented. The Conference’s Executive Board, announced two days after International Women’s Day, is made up of six men and a sole woman.

EP President David Sassoli has expressed disappointment that the board ‘regretfully does not reflect our commitment for gender balance’.

The same, sadly, could be said for von der Leyen’s substantive as opposed to rhetorical record as Commission President so far.