The general election of 2019: suicide by electorate? 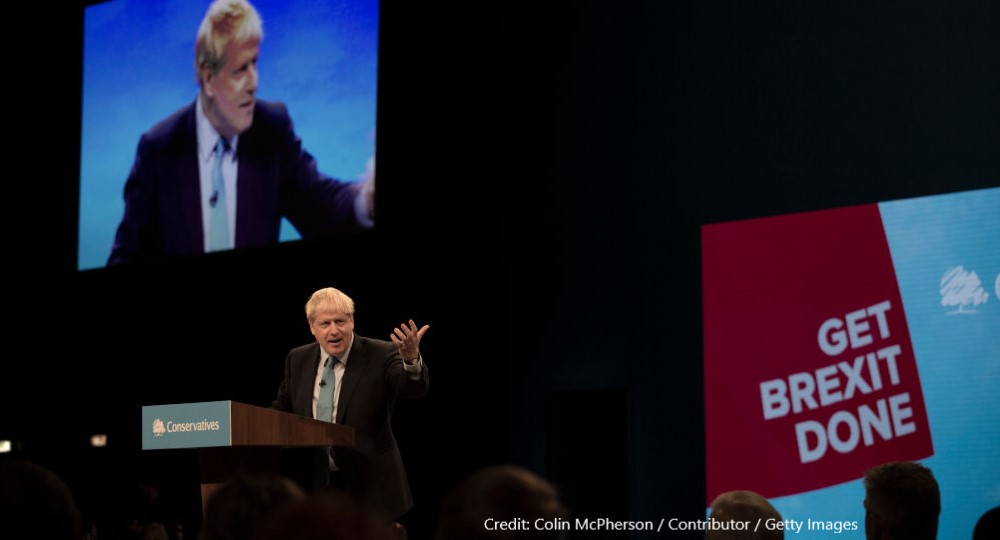 The story of how Boris Johnson got his general election in 2019 is one I thought I knew. Until I started to research it.

By late-2019 Boris Johnson’s problem was that while he wanted an election, the Fixed-term Parliaments Act required the support of two-thirds of the Commons, the Conservatives didn’t even have a majority, and the other parties were not playing ball.

But on Sunday 27 October The Observer broke a story that the SNP and the Lib Dems were planning to introduce an early election bill. This would override the Act and as a piece of legislation would only require a simple majority to pass.

Procedurally, the proposed bill itself had relatively little chance of success, but it changed the parliamentary arithmetic. There was now a plausible route to a majority for an early election.

The Labour Party now faced finding itself in the worst of all worlds, dragged into an election many privately opposed but which the party officially claimed to favour.

Initially, they held the line, and on the next day the party whipped its MPs to abstain on Boris Johnson’s third attempt to get an election under the Fixed-term Parliaments Act, which again was easily blocked. But the same day the EU announced an extension to the Article 50 deadline through to 31 January.

A ‘no deal’ Brexit was now effectively off the table. The government immediately introduced an early election bill of its own, setting the date of the election for 12 December. Like the Liberal Democrat/SNP proposal, this required a simple majority to pass.

It was no longer obvious that Labour could block an election. Whereas previous meetings of the Shadow Cabinet had been mostly against an election – just three members backed one in the meeting on 28 October – the mood now shifted, and the following day Labour’s Shadow Cabinet came out in support of the government bill with relatively little internal disagreement.

This version of events makes sense. The possible advantages for the Lib Dems and the SNP were obvious. Both were polling well and thought they could gain seats. Elements within both parties saw an early general election as their last chance to stop Johnson’s Withdrawal Agreement completing its passage through Parliament.

For the government’s opponents a bill also had the advantage that it would set the date of the general election in legislation, thus nullifying one of the fears they had had with agreeing to an election under the Fixed-term Parliaments Act – that Johnson could simply delay polling day until after the no deal deadline has passed.

With the benefit of hindsight, we know that things didn’t develop to everyone’s advantage. The election was a disaster for the Lib Dems, and while the SNP gained seats, the overall result was a near-landslide Conservative majority which rather than blocking Brexit helped deliver it. But just because a gamble doesn’t pay off doesn’t mean it was wrong to roll the dice.

One of the worst flaws in political analysis is what poker players call ‘resulting’ – judging whether people made the right call based on the results that follow, rather than looking at the probability of all the potential outcomes.

Decisions like this are always full of uncertainty. At the time, you could see what they were doing – and in turn why Labour had little choice to go along with it. Once the Lib Dems and the SNP had changed sides, the election was more or less inevitable.

That, anyway, was what I thought had happened. Until I started to research it, as part of a book on the election. The more I learnt, the more confused I got. I’m happy to admit I still don’t fully understand what happened – and this is my attempt to explain why.

There was—indeed, still is—a view held within parts of the Parliamentary Labour Party that the election was not inevitable and that had their leadership held firm in its opposition, it would have led to some of the smaller parties changing their stance, as well as drawing support from some of the independent Conservatives.

The Labour leadership’s shift in position to backing an early poll was therefore described by one of the whips’ office (where this view was held strongest) as a case of ‘suicide by electorate’.

It is certainly true that the parties were a lot more divided than this sort of account makes out. Even the Lib Dems, whose leadership were fairly gung ho, had plenty of MPs worried about their seats – rightly, as it turned out. The SNP were even more divided. ‘It’s difficult to say what the settled view was’, said one SNP MP, ‘because there wasn’t one’. (There is a danger, in all of the accounts of 2019, of forgetting just how frazzled and knackered everyone was by then – many MPs reported just not being able to face an election).

At that final shadow cabinet meeting, Labour Chief Whip Nick Brown was firm that the majority of Labour MPs were opposed. So it is quite possible that if MPs had been left to their own devices, there was still a majority in the Commons against an election.

But MPs aren’t left to their own devices – that’s what whips are for – and the party positioning is just as important as what backbenchers want. Speak to Labour politicians or members, and their complaints about these events always stress the role played by the Liberal Democrats.

But even if they had voted with Labour, this would still not have been enough to secure an opposition majority. (This is also, as so often with the Labour Party, evidence of a blind spot when it comes to discussing the Liberal Democrats—an inability to take the party seriously, or understand it, or even to attempt to understand it. While there was certainly scepticism in the ranks of the Liberal Democrats, there were also some advantages to an early election, as well as considerable doubt that things were going to get any better for the party if they delayed.)

Much more important was the position of the SNP, who were, in numerical terms, enough on their own to deliver a majority with the Conservatives.

The Observer story had come as a surprise to many SNP MPs. Some blamed the Liberal Democrats for leaking the story, an attempt to ensure that they were still seen as a major player, rather than merely being seen as the tail to the SNP dog. Or they saw this purely as positioning – allowing the SNP to argue they were not frightened of an election – but unlikely to lead anywhere.

The argument seems to be that because they knew Labour were opposed to an election, the SNP could pretend to be in favour of one – in pretty much the same way that Labour was pretending to be in favour, while actually being dead against.

Indeed, when the SNP Westminster group met at almost the same time as Labour’s Shadow Cabinet, plenty of SNP MPs – one account says a majority – were still against backing the government’s election motion. But by the time that meeting had finished, Labour had already come out for an election and the SNP discussion was redundant.

So perhaps, if Labour had held their ground, the other parties – or maybe even the just the SNP, but that would have been enough – would have voted with them.

If true, this would have meant them voting against a bill which (apart from the election date) was effectively identical to the one they had supposedly been promoting just the weekend before; even by the standards of the Brexit era this would have been impressive parliamentary gymnastics, but it might have happened. If so, there would have been no election on 12 December.

Yet there are multiple issues that I still don’t really understand about this. If the SNP did not want an election, why were they in talks with the Lib Dems about precisely that? Even if those talks were leaked precipitously, why were they taking place at all? And why, when they were leaked, was Ian Blackford, the leader of the Westminster SNP group, happy to go on the record as supporting an early election?

It has been suggested to me that Blackford was freelancing, going behind what he could really offer. What, if anything, did Nicola Sturgeon know about this?

Because if the SNP really did not want an election, they certainly helped get one. The effect of their initiative with the Lib Dems the preceding weekend was to undercut Labour’s position against the election entirely.

It is true that this was not the only thing that changed views in the Shadow Cabinet – Corbyn’s own intervention mostly stressed the fact that ‘no deal’ was no longer possible – but once Labour believed it had lost support from the SNP and Lib Dems, it became much harder to hold out against an election.

And if it was an attempt at positioning, why did no one try to communicate privately with Labour to make that clear? Corbyn and Sturgeon did not enjoy a good relationship, but there must have been some Labour politicians who could have been briefed.

Yet in turn, this debate should prompt two further questions, just as significant. If it had been possible to delay the general election, for how long would such a delay have been feasible? And would this in fact have been better or worse for the Conservatives? At the time, many of those urging delay believed it would make the government’s position weaker but given what we know about how the general election played out, this has to be moot.

The Conservative strategy throughout this whole period was to argue that Parliament was being obstructive, stymying the government at every stage. With every delay, that case merely became easier to make. Had things delayed much into the new year, an election fought to the backdrop of Covid-19 would have been on the horizon.

By Philip Cowley, Professor of Politics at Queen Mary University of London, and author of the chapter on the calling of the general election in Robert Ford et al., The British General Election of 2019 (Palgrave), launched this week.