Genuine NI-GB trade should not be subject to customs controls 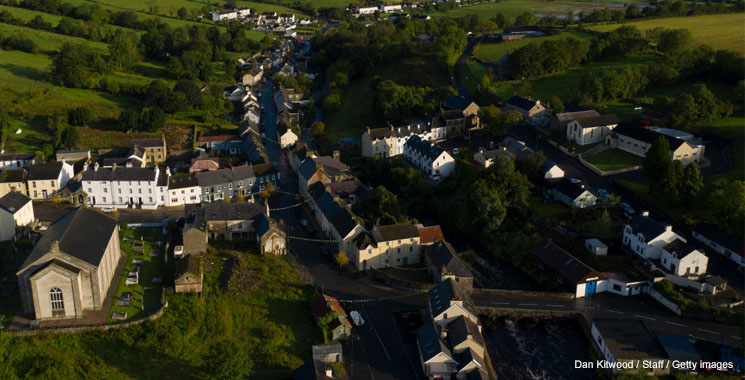 Prior to Brexit UK businesses were able to trade with any of the other 27 EU member states without the need for customs controls and this will continue until the end of the transition period, which is due to end on 31 December 2020.

After that, the movement of goods between UK-EU and EU-UK will represent trade between two separate customs territories.

The Protocol provides the means by which the UK government can honour its commitment to avoid a hard border between the Republic of Ireland and Northern Ireland.

In essence, it achieves this by allowing free trade within the island of Ireland, with the proviso that any goods traded between the EU and Great Britain that are moved through the territory of Northern Island must be treated as imports or exports under EU Law and are to be subject to full EU customs controls.

The same requirement applies to goods traded between the EU and a third country. This is a reasonable expectation, as the enforcement of trading laws between two separate customs territories cannot be achieved in the absence of effective border controls.

In addition to these international transactions, goods will continue to move within the customs territory of the UK, that is between Northern Ireland and Great Britain and vice versa.

As I explained to the Northern Ireland Affairs Committee last week, such intra-UK trade movements should not be subject to customs controls.

The Protocol recognises the customs challenge resulting from these arrangements, that is, the need to determine the legitimacy of purported intra-UK trade.

To address this challenge, the Protocol requires a UK/EU Joint Committee to establish criteria for determining whether such movements represent legitimate intra-UK trade, or whether there is a risk that the goods may have originated from or be destined for the EU. So how might this work in practice?

There are essentially two ways for the regulators to address this. The first is to apply full customs – and other agency – requirements to all goods movements, regardless of whether they are imports/exports or intra-UK transactions.

Under this scenario customs would treat all transactions as international trade unless they were satisfied that the goods had not originated from, or were destined for, the EU. This is akin to checking all airline passengers as they exit the customs hall.

The second approach is for customs intervention in intra-UK transactions to be restricted to situations where there is a specific risk-based reason to do so.

Such an approach reflects contemporary customs practice and is similar to the red/green lane system at airports, where those who select the green lane are only checked if there is a specific reason to believe they have something to declare.

From a practical standpoint it may be necessary to require intra-UK traders to submit basic information about their transactions.

To minimise the regulatory burden on legitimate traders, this would ideally involve electronic transmission of existing commercial documentation, bearing in mind that traders are being asked to declare whether or not the goods have been moved from or will be moved to one of the 27 EU member states.

If the response is ‘yes’ (red lane), customs should treat the transaction as an import or export. If the response is ‘no’ (green lane), the goods should not be subject to customs controls unless there is a specific risk-based reason to question the veracity of the trader’s claims.

Continuing with this analogy, the number of transactions in the green lane should far exceed those in the red, which raises significant questions about the need for increased infrastructure.

Many companies have a well-established intra-UK trading history and could readily demonstrate the low-risk nature of their activities.

Such companies should be allowed to continue such trade without the need to report each and every transaction.

If, however, they were also involved in international trade, they would need to lodge formal customs documentation.

In this way they would be treated as ‘trusted traders’ – a concept which is already embedded in contemporary customs practice through the Authorised Economic Operators scheme which currently exists in over 100 countries, including the UK and the 27 EU member states.

Even new intra-UK business ventures should be able to register with customs to allow them to conduct such trade without the need for reporting, apart from those transactions that are actual imports or exports.

So for traders it would be a matter of reporting by exception and for customs, intervention by exception.

One further element of the Protocol which deserves comment is the provision that EU representatives have the right to be involved in Northern Ireland decision-making processes as they relate to EU law.

This basic tenet is sound – the EU is perfectly entitled to oversee the way in which the new arrangements are implemented, to ensure that the UK systems and procedures meet the Protocol’s objectives of regulating international trade and facilitating legitimate intra-UK trade.

Such oversight requires access to information and an ability to intervene if concerns arise about the effectiveness of the systems and procedures that have been put into place. It does not, however, require a physical presence.

An underlying requirement of the Protocol that should not be overlooked is that the UK/EU Joint Committee, whose task it is to develop implementation arrangements, must seek to avoid controls at Northern Ireland’s ports and airports ‘to the extent possible’.

One can but hope that this legal directive is applied in the context of contemporary regulatory practice rather than political ambition.

By Professor David Widdowson, Chief Executive Officer of the Centre for Customs and Excise Studies at Charles Sturt University, Australia.