The new German coalition: will it succeed where Merkel never could? 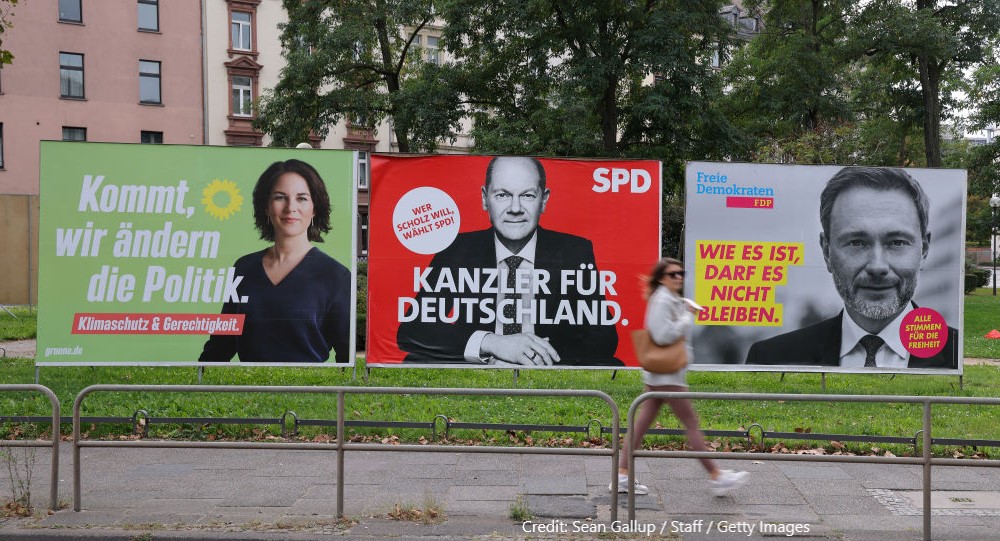 For 16 years, Angela Merkel served as the German chancellor – being often dubbed as the ‘world’s most powerful woman’. On 8 December Merkel’s tenure reached its end when a new ‘traffic light coalition’ came into power. The new German coalition, governed by the chancellor Olaf Scholz, consists of an alliance between Scholz’ Social Democrats (SPD), the Greens and the Free Democrats (FDP).

While Scholz’ election victory over Merkel’s Christian Democratic Union (CDU) in the September elections was only narrow, his ability to form a coalition between the two smaller parties, the Greens and the FDP, was what secured him the chancellorship.

Yet, the question remains whether the brand-new German government will overcome the blind spots of the Merkel administration.

The coalition deal was a culmination of two months of painstaking negotiations between the three parties, which together have a solid majority in the German parliament.

To get here, each of the parties needed to vote on the deal – which all of them approved overwhelmingly. That said, opposing views amongst the coalition forces on how to transition to the post-Merkel era are to be expected.

Climate politics could emerge as a sticking point since the Greens and the FDP are not exactly on the same page. Both parties agree on the urgent need to tackle the climate crisis – yet their understanding on how to do this is vastly different.

With their hard-line approach, the Greens campaign for more strict environmental laws. The FDP on the other hand prefers neoliberal market-based policies, inevitably causing friction between the two coalition allies.

The new German coalition may have surprised everyone with their speedy deal – which many expected to take much longer, especially since their self-imposed deadline was set for Christmas.

This is a good sign, but it doesn’t take away from the fact that both the Greens and the FDP were forced to make compromises over the implementation and financing of the government’s new climate policies.

Under Merkel, Germany was prone to having certain political blind spots – the country’s overreliance on fossil fuels being one of them. Now with the Greens having a key role in the government, we are likely to witness a new greener era.

Owing to the Greens, some bold climate targets have entered the coalition deal which sets out the marching orders for the government. If Merkel’s CDU was still in office, these targets would likely have been toned down.

That is not to say Merkel did not try hard to fight climate change.

The scientist-turned-politician, and former environment minister, was speaking about the dangers of global warming far before many other world leaders.

She was even nicknamed as the ‘climate chancellor’ for her global climate efforts. Nevertheless, Merkel’s achievements at home were subjected to competing demands from the German car and coal industries.

However, the new coalition deal signals times are about to change.

The deal includes an ambitious target to transition to 80% of renewable energy by 2030 – doubling the current figures. With Germany still trailing behind various European nations in renewable energy up-take, this marks a major step to curb the reliance on fossil fuels.

To complement this transition, the coalition also stated it will ‘ideally’ phase out coal by 2030 and aims to have 15 million electric cars on German roads by that time. That said, the coalition’s drive to decarbonise the transport sector will not be easy and the attitudes of the German public are in part to blame.

According to a recent survey of 22 countries, Germans are the most pessimistic in terms of the feasibility of electric vehicles. But the public attitudes are not the only factor holding back this transition – unions also contribute to this.

German unions are in essence shielding hundreds of thousands of workers employed by the car sector. The unions are afraid that the electrification of the sector could result in massive job losses.

In fact, the German transport sector is the only industry that has failed to achieve any greenhouse-gas reductions since the 90s. Consequently, greenifying the transport sector could make or break the new coalition.

An option worth considering to help decarbonise the transport sector is biofuels, which could potentially soften up the transition away from fossil fuels. One case study comes from Malaysia’s palm oil industry: there, a nationwide sustainability scheme has resulted in 93% of Malaysian palm oil obtaining adhering to firm environmental regulations.

With non-compliant producers face government fines for misconduct, the scheme offers a glimpse of what sustainable biofuels could entail. For countries like Germany, this could in turn assist the long-awaited fossil fuel phase-out.

According to a recent United Nations 2021 Production Gap Report, world governments are drastically behind emissions targets laid out in the Paris Agreement. Taking these into consideration, we have no time to waste.

Many Germans see the FDP as a political party of men who like fast cars. Party members have been outspoken campaigners against speed limits on the German autobahns. Thus, they are unlikely to impose stringent regulations on the car sector.

In essence, this is where the SPD’s two coalition partners cross swords: the Greens are advocating for tougher laws for polluting industries no matter what the cost, while the FDP is hoping to liberate the same industries from burdensome regulations for the sake of the market.

The Greens lost the job of the finance minister – labelled as the most influential role apart from the chancellor – to the FDP’s Christian Lindner. However, they secured other political wins.

Both of the Greens’ co-chairs hold leading roles in the government: Annalena Baerbock as the foreign minister and Robert Habeck, as the minister of economy and climate, and the new vice chancellor – following in Scholz’ footsteps.

The make-up of the current cabinet includes seven ministers from the SDP, five from the Greens and four from the FDP. This suggests the Greens have secured themselves a weighty leverage in the cabinet, indicating a new-found hard-line on climate politics.

German politics will increasingly shape Europe’s political landscape. Being the strongest economy in Europe, Germany has a key role to play in the continent’s battle against climate change.

Whether Germany will lead these efforts or fall behind them will be determined by how successful the coalition parties are in ironing out their differences.

By Isabel Schatzschneider, Research Associate at the Friedrich-Alexander University Erlangen-Nüremberg.