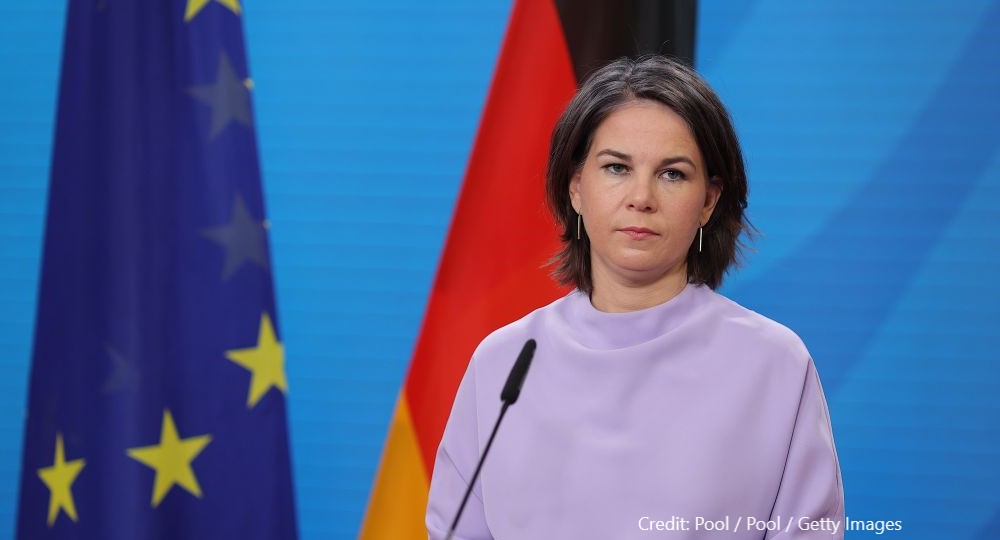 The Russian invasion of Ukraine has triggered seismic changes in German policy, including plans for a massive expansion in military spending. But is Europe ready for Germany to abandon its post-war reticence about the use of military force, and to become Europe’s most powerful military actor?

In the last month the Scholz government has smashed what were long thought of as pillars of German foreign policy. It has abandoned the vision of peace through interdependence with Russia by agreeing harsh sanctions, suspending Nord Stream Two, and promising to wean itself off Russian energy. It has broken with a key element of German post-war ‘civilian power’ culture by sending arms to Ukraine. And most remarkable of all, Scholz has committed to spend two per cent of German GDP on defence, and create a €100 billion catch-up fund for procurement over the coming few years.

The two per cent target could in theory take German annual defence spending to $80 billion, leapfrogging past Britain, France, India and Russia to become the world’s third largest defence spender. Such a transformation will not happen overnight.

Germany’s armed forces, much maligned as ill-equipped and under-resourced, will take years to upgrade to cutting-edge equipment and manpower. And German society’s deeply embedded resistance to the use of force will not recede quickly either.

But in time, growing military capability will come with growing pressure to wield it. In recent years Germany has been labelled the ‘reluctant hegemon’, and with the departure of the UK, Germany now constitutes 25% of EU GDP, compared to France’s 17%.

Berlin has proven the indispensable player enabling the EU to cope with successive crises over the Euro; uncontrolled migration; and Covid-19. But it is a society that is – in no small part due to its history – ambivalent about the responsibility of pre-eminent leadership in European affairs. This is particularly the case in the military sphere.

In multi-lateral military missions Germany has tended to hang back – its contribution to the campaign against Daesh, for example, was modest. If German military expansion is to mean anything, Germans will have to become more comfortable using military power.

Such a process would apparently be welcome to French president Emmanuel Macron, who has for years been promoting a vision of greater European defence capability. Scepticism about reliance on the US and NATO has deep roots in France, but Macron’s concerns were heightened by the Trump presidency.

In a 2019 interview Macron warned that NATO was becoming “brain dead”, questioning whether the US could be relied upon to meet its ‘Article five’ commitments to defend its allies, and stated that “we should reassess the reality of what NATO is in the light of the commitment of the United States”.

Whilst such fears receded with the election of Biden, and NATO appears resurgent and indispensable in the face of the current crisis, this may be a temporary respite. Book makers have Trump as favourite to win re-election in 2024 (odds of around 3/1 if you’re a betting person).

We can only imagine how recent events would have panned out with Trump in the White House. Would the Baltic states be able to rely on the US to defend ‘every inch’ of NATO territory, as Biden committed to do? Would the US have pursued the same sanctions? And remember, Trump was impeached (the first time) following a phone call with Zelensky in which he linked military aid to Ukraine to Kyiv opening an investigation into Joe Biden.

For Macron, and others who share his concerns, the transformation of European defence capability is an urgent task. At a summit of European leaders in Versailles on 11 March he declared that ‘We need to get organized at the European level to build these joint defence capabilities,’ adding later that ‘we may have to go back on the dogmas we had for many years; the organizations or habits we had’.

A new EU ‘Strategic Compass’ presents a broad menu of tasks to strengthen European joint defence capabilities. But the politics of deploying these capabilities and their political and military effectiveness will remain to be seen, as will the role of Britain. German defence spending offers new prospects in terms of capabilities, but new doctrines will need to come with it, at both national and European levels.

And a look into the future of European defence cannot be separated from questions about the future of the EU itself. The EU is a hugely successful political project, that has proven resilient through a series of recent crises. But Brexit proved that European integration is not an irreversible process. Euroscepticism is a long-term rising trend in France and Germany. Marine Le Pen is projected to exceed 40% of the vote if she reaches the second round of the French presidential election.

In Germany, the increasing demands to shoulder the burden for European stability are one of the drivers of Eurosceptic resentment, for those that want to put ‘German interests’ first. The hard Eurosceptic AfD now appears to be a fixed part of the German political system. With around 10% of seats in the Bundestag, it is still marginal, and shunned by other parties. But where will it stand in ten or twenty years?

According to Henry Kissinger’s formulation, the historic ‘German problem’ is that ‘Germany has for much of history been either too weak or too strong for the peace of Europe.’ The EU’s historic role of harnessing German power to European interests, and binding France and Germany together, will become more important than ever in the coming decades, as US power recedes, and if Germany indeed develops into the continent’s most potent military force.