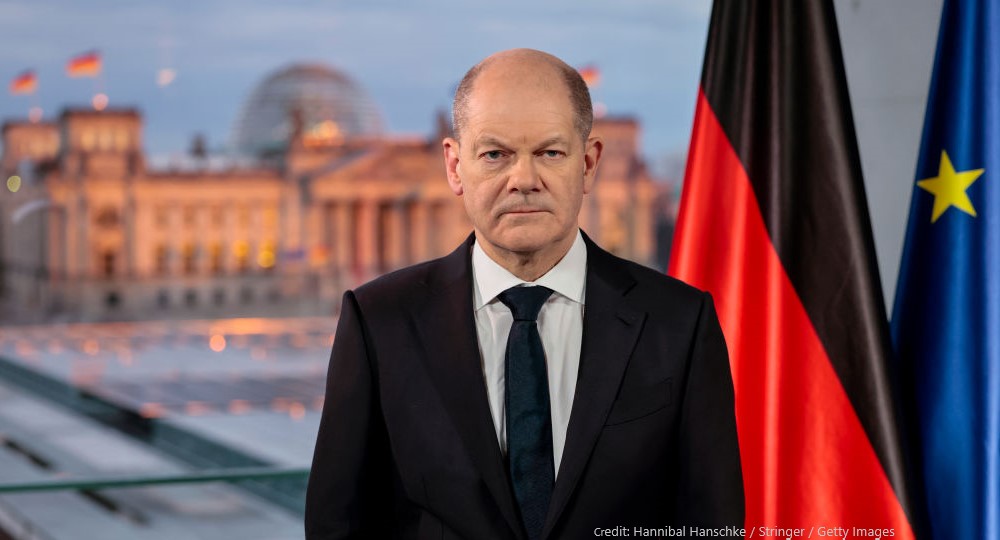 The German government’s proposals on Sunday, together with decisions taken in the preceding days, are of a magnitude and breadth that is rarely witnessed in German politics. In fact, it is difficult to find any precedent since the end of the Cold War: in one swoop, the German government, with the support of the largest opposition party, proposed changing key principles underpinning German foreign and security policy, pushing aside long-standing taboos.

Of particular note are the commitment to spend above the NATO target of two per cent plus of GDP on defence for the next couple of years (it stood at 1.4 per cent in 2020 after rising from 1.1 in 2014) and the creation of €100 billion long-term defence fund (in 2021 Germany’s entire defence budget was €47 billion). The government also supported the EU’s economic sanctions on Russia and agreed to assist Ukraine with the provision of German owned anti-tank and anti-aircraft weapons.

While Ukrainian officials may rightly complain that this comes too late to help with let alone deter the current Russian attack, it does exceed the expectations of those in Washington and European capitals who have wanted Germany to shoulder more responsibility for the defence of Europe for years. It reverses policy positions and principles espoused by the current coalition government, and indeed previous governments on Russia, arms exports and spending. Overall, it represents a substantial shift of Europe’s largest economy towards becoming a more capable and engaged defence actor, and marks a rupture in relations with Russia under Putin that will worry Moscow.

Why did the change happen?

The official explanation provided by the Chancellor is that the world is completely different – he used the word ‘Zeitenwende’ – after Putin’s unprovoked invasion of a neighbouring country to overthrow a democratically elected government. The invasion has been more extreme than most European leaders expected, and, Scholz argued, required a response going beyond the usual playbook of sanctions used since 2014. The attack and Ukraine’s resistance challenged many of the pacificist mantras against the use of force which have long underpinned German security policy, and which have prevented the provision of armaments to allies in times of need.

Experts had been issuing warnings about the Kremlin’s revanchist strategy since Russia’s annexation of Crimea in 2014 and its de facto control of parts of the Donbas region, and the US had warned repeatedly of the Russian invasion plans since early November 2021. Yet, the German establishment largely discounted these warnings because of a mixture party ideology (particularly Ostpolitik), a sense of historical obligation and gratitude to Russia and hard-nosed energy and business interests. The invasion proved that Germany’s neighbours had been right to feel threatened by Russia’s mobilisation on its western borders, and crystallised the realisation in Germany that its security could not be separated from the security of its neighbours and the EU.

It is likely that the leadership of three coalition parties was convinced of the necessity of this change, but felt it could not sell them to public opinion and the pacifist, Russia-friendly and fiscally conservative wings of their parties. Since the Munich Security conference of 2014, there has been substantial advocacy for change from German experts working on foreign, security and defence going beyond any particular party affiliation.

More recently, the embarrassing withdrawal from Afghanistan in 2021 underlined yet again the huge capability gaps, and the dependency on the US. The pandemic, and the floods, underlined further a profound sense that the German state does not do crises well and needs a rapid overhaul and strengthening to become more resilient, prepared and agile in looking after the security of its citizens.

The speed of the pivot also confirms something about Scholz’s style of leadership – visible when he was Finance Minister during the pandemic. He was instrumental in breaking a long-standing German objection to allowing the EU raise debt to prevent strains on the eurozone. This surprised many observers at the time, but encountered little domestic opposition, and indeed won substantial support from economic experts unhappy about the reactive and barely sufficient German responses to managing the eurozone crisis.

Germany is often described as a huge container ship, which rarely and slowly changes direction. It is a federal polity where consensus-building can be often slow with different parties and regional governments having their say. Yet, once a new elite consensus is solidifying it just takes an external crisis to demonstrate to the German public the need to act.

What is far less clear is whether this increase in spending and ambition will be accompanied by a cultural shift towards becoming more willing and strategic about its use of military force – and growing public support for and willingness to join the Bundeswehr. This will take much longer and public opinion will remain a significant constraint on the use of force for at least the medium term. In any case, Germany’s strategic culture will not become like France or the UK anytime soon, as the traffic light coalition will pursue a distinct course that seeks to stay true to the pursuit of peace, human rights, rule of law and European unification, but adapt them to a more hostile environment.

Germany is not going to become militaristic any time soon, but it will try to become more capable and strategic. It is a marker of the success of post-WWII German foreign policy that this change will be welcomed in Central and Eastern Europe, not feared.

In the short to medium term, the question is whether the commitments to more spending will be complemented by substantial changed in defence procurement. Will there be more expertise at the top of the defence ministry to ensure that more spending delivers capabilities quickly yet ensuring value for money and accountability for producers both in Germany and in Europe? What will Germany’s envisaged first ever national security strategy say? Will Germany finally establish a National Security Council to provide strategic leadership and coordination and provide highly quality advice to policy-makers? Will Germany improve intelligence collection, analysis and communication structures at home and help to improve those in Brussels?

The new government has set itself a massive task of not just changing direction and speed of the ship of state, but making it more agile, more versatile, better armed and better able to stay the course.