Germany: its struggling centre-right and what it means for Europe and Brexit 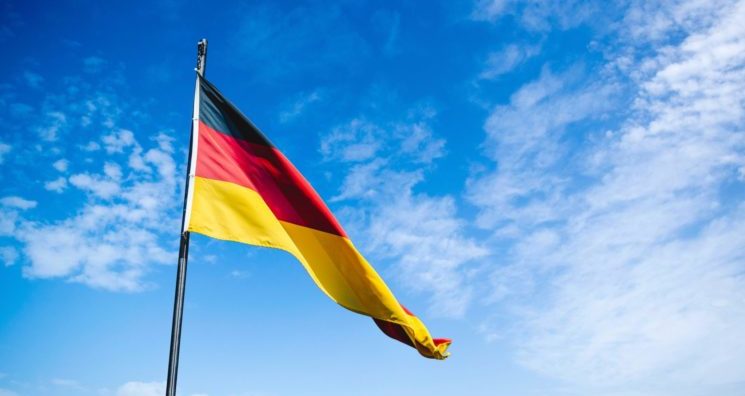 After an eventful February, Germany’s Christian Democrats (CDU) are – yet again – looking for a new party leader, and a new idea of what they stand for, both at home and abroad. As Chancellor Angela Merkel’s era is nearing its end, the answer will also have repercussions for Germany and its relations with Europe, and potentially for Brexit.

In his opening speech at this year’s Munich Security Conference, 75 years after the end of World War II and 30 years after German reunification, Federal President Frank-Walter Steinmeier demanded a “mental adjustment to a changing, new reality”, a reality shaped by complexity, ambiguity, and considerable shifts in political power. Germany’s role in this adjustment process would be determined, he said, by “the field of tension between its growing responsibility and the limitations of its own capabilities”.

The current grand coalition government of Christian Democrats (together with its Bavarian sister party the Christian Social Union) and Social Democrats (SPD), it seems, is anything but prepared to face this adjustment process. The downfall of social democratic parties in Europe has been debated for quite some time now. With 14% electoral support at the federal level, the German SPD is no exception to this trend.

Therefore, when the CDU came under fire earlier this month for accepting the support of the far-right Alternative for Germany (AfD) to replace the left-wing minister president in Thuringia, the SPD was quick to analyse its partner’s problems. Saskia Esken, one of two recently elected SPD leaders, suggested the CDU needed to clarify its relationship to the AfD, especially via its national-conservative wing, the “Values Union”, and reconsider its view of the Left Party as a less than democratic parliamentary force. The SPD’s advice may have been unwelcome, but it was not without a basis.

The CDU’s openness to more radical positions and its willingness to collaborate with parties on the political fringes are, indeed, key questions that the party needs to answer. Leaving this void makes it difficult to agree on programmatic and electoral strategies, especially in light of increasingly diverse political constellations in the 16 German states and the foreseeable end of the grand coalition on the federal level. More importantly, it challenges its status as a ‘Volkspartei’ – traditionally a party that provides leadership and forges consensus, and thereby acts as an integrative and stabilising political force.

Annegret Kramp-Karrenbauer’s career as CDU Chairwoman reflects how this self-description has suffered over the past 14 months. In her acceptance speech on 7 December 2018, AKK invited “all of the party’s wings and all of its members” to preserve and shape the CDU as “the great Volkspartei of the political centre”.

At a party convention one year later, she stressed the CDU’s status as a “great, strong Volkspartei”, while also challenging the delegates to propose a vote of confidence, should they be unwilling to follow her course. Following the events in Thuringia this month, she eventually announced her intention not to run as the CDU’s candidate for chancellor in the next federal election, currently scheduled for September 2021, and to resign as CDU Chairwoman, citing the “centrifugal forces in society and in our Volkspartei” as the main reason.

Three men have officially thrown their hat in the ring to lead the CDU and succeed Angela Merkel as the next chancellor. All come from the West German state of North Rhine-Westphalia and have a clear(er) conservative profile. They are Friedrich Merz, a 64-year-old corporate lawyer and former member of the European and Federal German parliament; Armin Laschet, the 59-year-old Minister President of North Rhine-Westphalia and CDU deputy chairman; and Norbert Röttgen, the 54-year-old Chairman of the Foreign Affairs Committee and former Minister for the Environment. Merz lost the initial leadership against AKK in December 2018 and is now keen to make a comeback.

In the past, all three have been (more or less) outspoken critics of Merkel and the grand coalition’s political course, especially on economic and migration matters, but only Merz is considered Merkel’s rival. The lesson from AKK’s fate, Merkel’s desired candidate at the time, is to emancipate oneself from the reigning chancellor and her calm, moderating style of governance.

None of the three candidates is currently very popular among the wider German population, however, although Merz has a strong fan base among the CDU membership. Following the electoral setback in Hamburg last Sunday and amidst the renewed concern regarding a rise in right-wing terrorism, a party convention in Berlin on 25 April will decide on the new CDU leader.

Less than 10 weeks later, on 1 July 2020, Germany will take over the rotating EU Council Presidency, the first full trio presidency following Brexit, together with Portugal and Slovenia. It will be the first time that the new CDU leader enters the European political stage – together with Chancellor Merkel and her cabinet ministers.

The end of the transition period (unless it is extended before 1 July 2020) and the negotiations of the future relationship between the EU and the UK will be one of the key items on the agenda. While the European Commission’s Task Force for Relations with the UK headed by Michel Barnier coordinates this process, the Council Presidency will have an important role to play in maintaining a united front of the EU’s national governments across the different council formations.

All three candidates carry Germany’s pragmatic stance towards Brexit forward. Röttgen has called it a ‘catastrophe’ for the EU, but considers good post-Brexit relations key to Europe’s status as a geopolitical power. Merz’ focus has been on the economic impact of Brexit, emphasising the positive aspect of British companies moving to Germany.

After Brexit, Laschet sees a chance to tackle reforms and resume work on “great European visions” in tandem with France. The new CDU leader will be expected to contribute his share to asserting Germany’s leadership role, despite Merkel’s continued strong presence and the fragile coalition with the SPD. This will be particularly difficult for Merz, given the public animosity between Merkel and himself and the fact that he has never held a government position.

Whatever the outcome of the election in April, foreign correspondents worldwide will be relieved that they no longer need an acronym to make the name of the next CDU leader – and potentially that of the next German Chancellor – pronounceable.

By Josefin Graef, postdoctoral researcher based in Berlin.