Germany and Turkey: what is at stake with ‘New’ Berlin and Ankara? 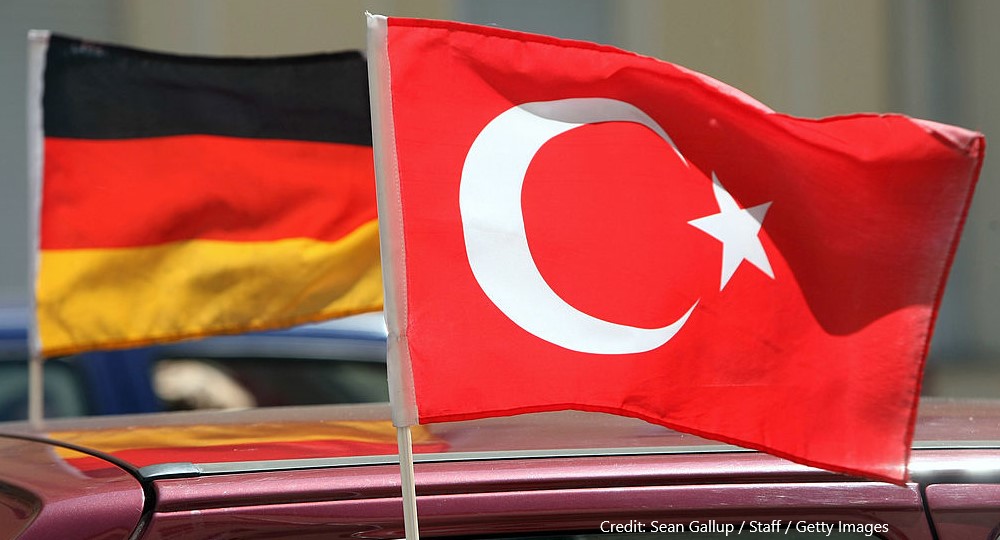 The relations between Germany and Turkey are deep-rooted, multidimensional, and intricate. The uniqueness and intricacy of the bilateral dialogue between the two countries largely stem from the continuous rollercoaster ride the two have shared over many decades.

A puzzling love affair exists between both countries, exhibiting alternating phases of regression and rapprochement driven by the paradoxical co-existence of specific interdependencies and (at times) diverging preferences.

Due to Germany’s influence in the EU, its policy towards Turkey has important implications for Turkey’s relations with the EU. Thus, throughout recent history, the shifts and continuities in outlook in Berlin have been carefully monitored by successive Turkish governments.

The end of the Merkel era last September has not just engendered critical shifts in German political landscape with the formation of a ‘traffic light’ coalition government. Merkel’s disappearance from the political stage also meant the closure of an epoch of German-Turkish relations.

Throughout the last 16 years Germany – under Angela Merkel – overlapped with Turkey under Recep Tayyip Erdoğan. While German-Turkish relations did not follow a linear development – considering the continuous ups and downs in the relationship – one factor remained relatively stable over the last decades: the leaders of the two countries became accustomed to each other’s political styles and built strong, direct communication channels, favouring a relatively pragmatic and transactional approach toward the evolution of the relations between Germany and Turkey, and between Turkey and the EU.

Throughout the Merkel era the degree of transactionalism in German-Turkish relations specifically increased with the initiation of the EU-Turkey refugee deal in 2016, and reached its peak during 2020-2021.

Ample lines of disagreement continued to exist between Berlin and Ankara in the late-Merkel era, not least regarding the situation of human rights and rule of law in Turkey, its withdrawal from the Istanbul Convention and preferences concerning the wider neighbourhood (Syria, Libya, Cyprus and so on.)

However, Merkel refrained from harming the overarching bilateral dialogue with Turkey in her final years in office. Germany’s dependence on Ankara in helping with the management of irregular migration flows, its own domestic challenges amidst the Covid-19 pandemic, and the pre-election atmosphere propelled Merkel’s progressively transactional approach toward Turkey.

Will the relationship between the ‘new’ Berlin and Ankara sail in relatively calm waters reminiscent of the late-Merkel era? The new government’s position on its relationship with Ankara has been expressed in a balanced and somewhat ambiguous manner in the coalition agreement, with its focus on both normative concerns and utilitarian considerations.

However, there are four mutually reinforcing factors that bear the potential to recalibrate German-Turkish relations and impair the recent tranquility in the bilateral dialogue.

First, the degree of transactionalism in ‘new’ Berlin’s approach toward Turkey will be a central driver of German-Turkish relations. Transactionalism is largely based on short-term and interest-oriented exchanges between countries, rather than engagement based on shared normative goals.

Throughout the Merkel era we have observed the gradual reinforcement of the degree of transactionalism in EU/German-Turkish relations. Ankara will most likely expect the continuance and even growth of this type of relationship.

The German Green party will be the central actor in the formulation of the degree of transactionalism in German-Turkish relations, as it holds three central ministries concerning (transactional) dialogue between Germany and Turkey: the Foreign Office, the Ministry for Economic Affairs and Climate Action, and the Ministry for the Environment. In these ministries we can expect the integration of some normative elements into various technical issues concerning the bilateral dialogue between Germany and Turkey.

While less transactionalism could foster the formulation of a value-based approach toward Turkey by the EU and Germany, it will probably lead also to more conflictual bilateral relations as it will be less favored by Ankara.

Second, the degree of politicization in German-Turkish relations will greatly affect the extent of cooperation between the ‘new’ Berlin and Ankara. Highly politicized issue areas may engage mass publics; if so, political elites may have to open up closed-door debates and discussions, which in turn will cause a narrowing of policy preferences. This will impose constraints on the room for manoeuvre of political actors, who find their efforts at cooperation and policy coordination under scrutiny.

In 2022 and 2023 we can expect an increase in the degree of politicization and mediatization in German-Turkish relations in the domestic arenas of both countries since upcoming Turkish general elections are regarded by both partners as an important, prospective milestone.

Third, the degree of centralization of German-Turkish communication channels will also act as a key driver of relations between the two countries. Will the ‘new’ Berlin favour merely official intergovernmental channels of communication with Turkey or will Germany prefer to gradually increase its engagement with the opposition parties, civil society, multi-level actors, and local expertocracy?

Ankara may fancy the hierarchical, central channels of intergovernmentalism and direct, personal channels of communication between the new Chancellor Olaf Scholz and Erdoğan, akin to the Merkel era.

But the German coalition agreement points to enhanced interactions with Turkey’s multi-level actors. De-centralization of bilateral communication may on the one hand boost German-Turkish relations and reform processes in Turkey. At the same time, this may also generate new avenues of conflict, politicization and mediatization. Thus, a fine balance is needed on the side of Germany.

Lastly, the EU dynamics will influence the progression of the relations between the ‘new’ Berlin and Ankara.  With the disappearance of the ‘Merkel effect’ from European politics, how will Chancellor Scholz position himself both within the European Council and the Franco-German tandem? Will Scholz want to, and indeed be able to, take a leadership role in the European Council, particularly at times of crises with Turkey, as well as amidst external shocks that require the development of joint solutions with Ankara?

All in all, the central drivers of contemporary German-Turkish relations suggest a return in 2022-2023 to the traditional pattern of the bilateral dialogue driven by sharper ebbs and flows compared with the calm waters of 2020-2021. While a train crash is not expected, limited yet important shifts are likely to occur in German-Turkish relations bit by bit.

By Ebru Turhan, Assistant Professor of European Studies at the Turkish-German University, Istanbul and Senior Research Fellow at the Institute for European Politics, Berlin and Center for Turkey and European Union Studies (CETEUS), Cologne.