‘Get Brexit Done’, the campaign and new MPs 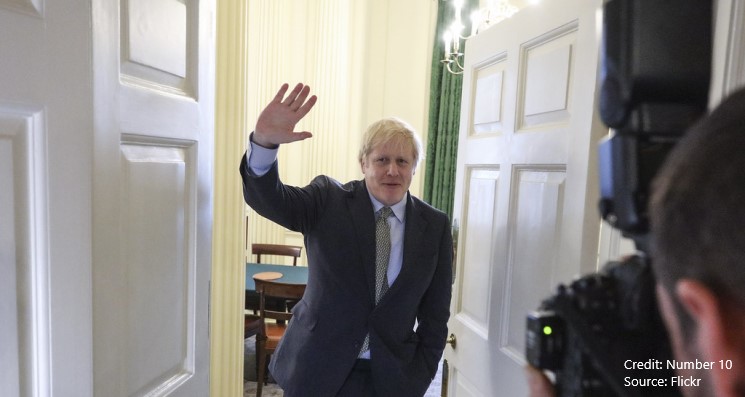 The Conservative Parliamentary Party now has a clear majority of MPs who voted Leave in the 2016 EU referendum (see Table). This continues the trend, apparent since the late 1980s, of the Conservative Party becoming more eurosceptic over time.

There are 106 new Conservative MPs (see here for an explanation of this figure rather than the 109 that has been widely reported). Of these, 67 have stated that they voted Leave.

Leavers make up a majority of both MPs elected in seats gained, and of those replacing an incumbent Conservative.

Some have track records of eurosceptic campaigning including Jason McCartney (Colne Valley) and Karl McCartney (Lincoln) who were eurosceptic rebels when MPs under David Cameron, and Saqib Bhatti (Meriden) who was a member of the National Board for Vote Leave.

The ‘Remain Alliance’ succeeded only in ousting Leavers Zac Goldsmith and Anne Main. But Ross Thomson’s resignation and Stephen Kerr’s defeat mean Alister Jack is the only Leaver among the six Scottish Conservatives.

The number, and proportion, of Conservative MPs who voted Remain has fallen. 48 of the 52 MPs who were elected for the Conservatives in 2017 but did not stand for the party in 2019 had voted Remain.

Of these, 17 were no longer in receipt of the Conservative whip at the dissolution of Parliament having either defected, resigned the whip or had it removed.

Eight stood unsuccessfully as independents or for other parties. Two Remainers, Paul Masterson and Luke Graham, lost their seats.

There are problems with classifying MPs by their EU referendum position.

One is that some do not reveal how they voted (and have deleted old social media posts), perhaps because this differs from the majority position in their constituency. Eighteen of the new MPs are classified as undisclosed.

The increasing euroscepticism of the Conservative Parliamentary Party is also explained by changes in MPs’ preferences since the referendum.

Most Conservative MPs who voted Remain subsequently supported a soft Brexit and voted for the Withdrawal Agreements tabled by Theresa May and Boris Johnson.

Indeed, some ‘reluctant Remainers’ now appear as enthusiastic for Brexit as those who campaigned to Leave.

Brexit and the election campaign

Some 180 Conservative MPs defied the party whip on Brexit votes in the 2017-19 Parliament. However, there was no significant dissent during the election campaign as all Conservative candidates pledged to support Johnson’s deal.

Initial analysis of election statements made by Conservative candidates on their websites and social media accounts shows that the ‘Get Brexit Done’ message featured prominently in Leave-supporting areas. Most of the successful candidates in these seats stated that they too had voted Leave.

Common themes were respecting the referendum result and the Leave majority in the constituency, criticism of Labour MPs for not doing so, and warnings that voting for the Brexit Party risked a Corbyn government.

The ‘Get Brexit Done’ message was less prominent in Remain-supporting areas of southern England, and barely featured in statements made by many Conservative candidates in Greater London.

Where MPs who had backed Remain mentioned Brexit in their statements, they often highlighted their backing for the Theresa May and Boris Johnson deals, but also their opposition to no deal.

As Anand Menon notes, the election saw little discussion of the details of Brexit.

Conservative candidates presented Johnson’s deal as a positive (being ‘oven ready’) but made little concerted attempt to explain or sell it. Steve Baker and Mark Francois did, though, produce a leaflet setting out why the European Research Group voted for it.

Given the candidates’ pledge, the Withdrawal Agreement Bill (WAB) should enjoy a smoother passage through the House of Commons than would have been the case had Johnson not called the election and won a substantial majority.

Dissent is, however, likely when decisions about the future UK-EU relationship are taken and the transition period comes to an end. The future relationship did not feature in many of the election statements made by victorious Conservatives.

The Baker-Francois leaflet signalled support for a loose relationship, and 25 of the new intake signed a Stand up 4 Brexit pledge backing a no-deal Brexit if the WAB is not passed.

But there is still significant Conservative opposition to a no-deal Brexit even though few of the core 2017-19 Remain rebels have returned to Parliament. One of them, Steve Brine, did note that ‘the real action is still to come’.

Conservative divisions over Brexit are also likely to develop a more pronounced constituency dimension. The ‘Get the Brexit Done’ message was often followed by promises to move on to other priorities, coupling Euroscepticism with One Nation or blue-collar Conservative themes.

This saw many new Conservative members on the one hand highlight the importance of MPs representing the views of their constituents and fulfilling their promises, and on the other pledge to revitalise their towns.

But the economic costs of a harder Brexit are most likely to be felt in those regions where the Conservatives made gains. Steering a course between constituency and party demands will again prove difficult for MPs.

The Conservative Party unity that was evident on the Johnson deal before and during the election campaign may not survive long into the next phase of the Brexit process.

By Dr Philip Lynch, Co-Investigator on the ESRC ‘Parties, Parliament and the Brexit Process – Election 2019’ project, which examines Brexit-related statements made by parties and candidates in the general election.