‘Getting Brexit Done’ and financial services 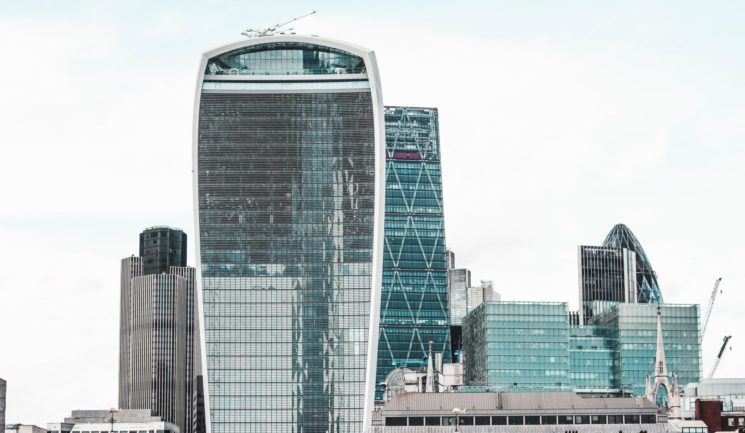 2020 will bring questions of trade and trade policy to the foreground of the Brexit process.

Following his election victory, Boris Johnson has made clear that he intends to take the UK out of the EU by the 31 December 2020 by amending the Withdrawal Agreement to close off the possibility of an extension to the implementation period beyond that date.

However, whilst Johnson focused on “getting Brexit done” throughout the election campaign, the economics underpinning ‘Johnsonism’ remain short on detail.

The case of financial services provides important insights into the decisions facing the new Prime Minister and their implications for the future of the UK’s economy.

Central to Johnson’s campaign was his claim that he would bring an end to ‘dither and delay’ and enable the country to move forward to a post- Brexit future. This message was reflected in the interviews I conducted with financiers in the City of London in the run up to the election.

I was struck by their repeated sense that if a Conservative majority government was returned, the City could return to ‘business as usual’. However, what ‘business as usual’ looks like for financial services in the UK, alongside many other parts of the economy, is not at all clear.

In the short term, the likely end of single market access for financial services in the UK raises profound questions about what form the UK’s regulatory relationship with the EU should take.

Reflecting a diversity of views within the City towards Brexit itself, some parts of London’s financial services ecosystem, such as the Investment Association that represents investment managers, have argued strongly for continuation of regulatory alignment between the UK and the EU, whilst others have noted the scope for regulatory divergence in areas such as fintech.

On the one hand, the power of the City of London was reflected in Gordon Brown singling out financial services for special treatment in discussions over whether the UK should join the euro, and later in David Cameron and George Osborne’s use of London to stimulate trade in financial services with China.

However, financial services were conspicuous by their absence in Theresa May’s Industrial Strategy.

And the sector itself has changed markedly following the 2007-8 financial crisis.

It now includes a range of interests, from established actors such as investment banks through hedge funds and asset managers, who were more favourably disposed to Brexit, to a number of fintech startups and challenger banks, that are concerned about talent attraction and retention after Brexit.

In the face of this uncertainty and diversification, different spatial imaginations of possible economic futures after Brexit have been developed.

Within financial services the most prevalent is that of ‘Singapore on Thames’, in which London is envisaged as developing its position as Europe’s offshore financial centre based on low tax and low regulation.

Questions have rightly been asked about the extent to which Singapore itself actually embodies such an approach to regulation, including by the Chairman of the Royal Bank of Scotland.

However, the emphasis on economic growth based around London and the south east as the driving force of the UK’s economy poses questions for the Johnson administration.

These questions reflect the longstanding regional differences in economic growth across the UK – differences that were an important element in the vote to leave the EU in 2016.

The new Conservative government has relied on votes from the manufacturing heartlands in the north of England and the Midlands, and Johnson himself has made much of the need to stimulate economic growth in these places.

There is little intuitive attraction for voters in these places to a model of economic growth led by London as a variant of ‘Singapore on steroids’.

However, it would be a mistake to assume that this will automatically result in the voice of the financial services sector not being heard in the Brexit trade negotiations.

Tony Blair’s New Labour Government provides a model of how the tax receipts from financial services in London and the south east were used to support ambitious spending plans in other parts of the UK, notably through social welfare in his case.

This may be attractive to Johnson as he seeks to deliver on his own manifesto spending commitments on infrastructure and the NHS, particularly beyond London and the south east of England.

Given the changing geographical base of Conservative voters and the changing nature of finance itself following the 2007-8 financial crisis and the ensuing eurozone crisis, it is this quiet power of finance, rather than an explicit reliance on financial services, that will be important in understanding its place in Johnson’s emerging economic model, and the implications of this for the UK’s political economy after Brexit.

By Sarah Hall, senior fellow with the UK in a Changing Europe and Professor of Economic Geography, University of Nottingham.