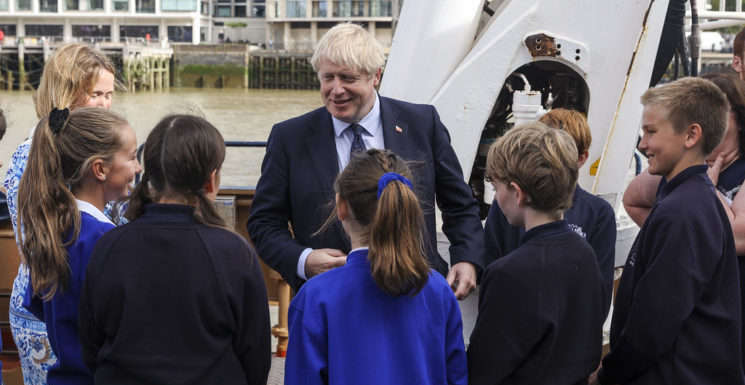 Now the Prime Minister has his sizeable majority he needs to deliver his mission to “get Brexit done” – the only phrase anyone will remember from this dismal election. We might finally find out what that actually means.

The Queen’s Speech is scheduled for 19 December. That will highlight the return of the Withdrawal Agreement Bill (WAB) and the other Brexit bills that fell at prorogation.

While the government will be keen to talk about all the other things that it can get on and do, there is still major legislative work required on Brexit. Reenter the bills on trade, agriculture, fisheries, immigration and environment.

The good news for the PM is that there are already drafts to use, unless he wants to change policy substantially. Although the government wants a different migration policy to Theresa May, this bill was aimed at ending free movement

The Prime Minister promised to start the parliamentary progress of his withdrawal agreement before Christmas.

First reading is easy – that just means presenting the bill to Parliament.

If he wants a vote on it – either a meaningful vote on his deal, or, more likely, second reading of the WAB, he would either have to persuade MPs to sit on Monday 23 December – or find a way to get Parliament to sit on Friday or Saturday.

One interesting question will be whether the WAB comes back unamended.

There were some clauses which were there as window dressing for the ERG. The PM could decide he no longer needs them.

The PM could also, for example, decide to reduce parliament’s role in future trade negotiations, or the need for parliamentary agreement to extend: but if he has a majority he can rely on, he could leave the clauses as drafted and just use that to get his way.

In the last Parliament the PM might have faced defeat on some of the amendments.

The most risky one was the one that would have required parliamentary approval not just for seeking an extension, but also for not asking.

But having a loyal majority, elected on a platform of no extension, should mean he does not have to worry about that.

But there were also some “improvements” to the bill MPs were suggesting – not least to soften the deadline around settled status for EU citizens in the UK.

Government would do well to consider the case for incorporating such changes, not least to avoid a Windrush-style landmine of its own creation down the road.

The PM might have expected a rough ride for his bill in the House of Lords. The Lords will still look askance at some of the provisions.

But the big advantage of coming back to put it through post-election is his ability to pray in aid the Salisbury convention – that the Lords do not block measures that were included in the manifesto.

So, with a majority, the PM should be able to get his deal ratified by the end of January. But, of course, that does not get Brexit done.

The EU Council today showed it is preparing its approach to the negotiations (and some leaders fired initial warning shots). The UK needs to get ready to complete one of the speediest and most important negotiations in history.

The first thing the Prime Minister will need to decide is how to run the negotiations.

For the same reasons that establishing DExEU was a mistake, the negotiations will need to be run out of the centre of government.

He will need to decide whether DExEU goes, and whether the UK trade expertise in the Department for International Trade, is allowed anywhere near the EU negotiations.

Underneath that, the PM will need to establish structures to allow negotiators to negotiate and rapid decisions on trade-offs to be made.

Around that, the government will need to work out how it plans to involve the devolved administrations, ensure it gives business proper opportunity to input into the substance of the negotiation and keep parliament and wider civil society on board.

As well as structures, he needs to decide personnel – whom he can trust to do the heavy lifting but not run their own agenda.

Theresa May got this badly wrong when she appointed David Davis. They may have started out with a similar approach to Brexit  – but she moved and he did not.

Last, but not least, the Prime Minister needs to decide whether to stick with the sort of minimalist deal foreshadowed in the manifesto and the political declaration, and to his commitment to get Brexit really done by 31 December 2020 – or whether to pivot.

Many people seem to be expecting a pivot towards an extension and a much softer Brexit, but as yet nothing is clear.

What is clear is that no one thinks that this prime minister will feel as bound by his red lines as his predecessors.

Theresa May’s negotiations were bedevilled by a lack of clarity on what the UK wanted and a lack of appreciation of what the EU might be prepared to give.

Nothing ministers have said during an election campaign, when discussion of Brexit detail was notable only for its absence, has done much to suggest that they have fully though through where they will end up, and what it will mean for UK business and citizens.

The first months of Johnson’s premiership were all about creating the circumstances to allow him an election. He succeeded.

His only achievement in that period was to do a deal with the EU that had always been there for the taking (with the addition of a nominal consent mechanism).

His legacy as Prime Minister will depend not on taking the UK out of the EU – that now is easy.

It will depend on doing that in a way that allows him to realise the political benefits of Brexit while minimising the economic risks. That legacy will depend on decisions he takes in the next few weeks.