Gibraltar, UK and Spain: how Brexit could be an opportunity 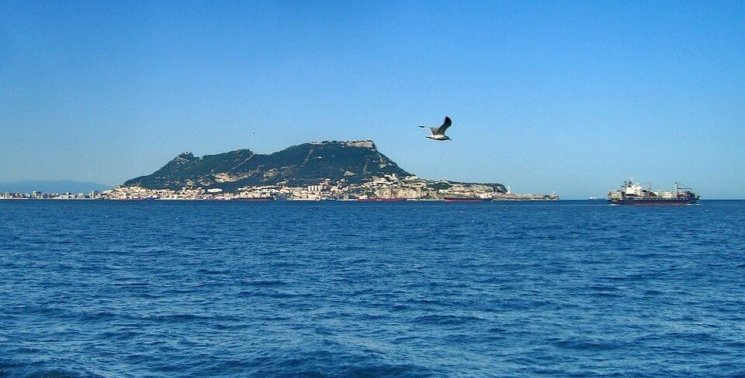 Let us be clear: Gibraltar is not the most important issue in the UK-Spain relationship, nor therefore is it the Spanish priority in Brexit negotiations. The links between both countries are very sound, in particular regarding personal and economic ties.

It is probably impossible to find a single British family without some summer experience in Spain (more than 18 million visited in 2017 alone), and there are more than half a million British citizens living in Spain full or part-time. The UK is also the favourite destination for the rising wave of Spanish emigration.

This mutual popularity generates more daily air traffic than anywhere else in the world. And it is also reflected in economic activity. UK is where Spanish companies (more than 300) invest the most, while British businesses (almost 700) are the second largest foreign investor in Spain.

Looking at trade flows, both countries tend to fluctuate between the fourth and tenth positions in the import/export indexes, with a surplus now favourable to Spain. There may not be another case of two countries that, without being neighbours or sharing a common language, have a greater interpersonal and business interaction.

Therefore, citizens’ status and a future trade-based relation similar to that which already exists are the most salient Brexit issues for Spain.

It is also true, however, that London-Madrid political relations are far below that potential. Two main reasons explain this fact. The first one is the very different approach to European integration, since the UK has never felt the high pro-European ambitions of Spain and has assessed the EU, mainly, as a mere market.

The second factor is the dispute about Gibraltar, focusing on both sovereignty and on the way to tackle the questionable legality of many activities that are based there.

Gibraltar was ceded to the Kingdom of Great Britain in the 1713 Treaty of Utrecht but, for three centuries, Spain has tried both war and diplomacy to get it back. A peaceful approach has dominated relations during the three decades in which both countries have shared membership of the EU.

Since 1986, the historical controversy has been rather dormant, with occasional re-emergence: Madrid criticising the anachronistic colonial situation from time to time, of complaining about money laundering, tax evasion and tobacco smuggling;, while local authorities have often accused Spain of causing the long border queues.

Anyhow, apart from an attempt of Tony Blair and José María Aznar to negotiate joint sovereignty in 2002 (which was rejected by Gibraltarians in a pre-emptive referendum), the dispute has not been solved. In the meantime, the Rock has continued to benefit from its privileged economic regime within the single market.

Brexit is very bad news for Gibraltar, as suggested by the 96% of the electorate who voted Remain in the 2016 referendum. The Spanish government wants to take the opportunity of Brexit to rebalance the current situation that makes the Rock a tax heaven.

In fact, according to EU negotiation guidelines decided in April last year, no future London-Brussels trade deal “may apply to the territory of Gibraltar without the agreement between the Kingdom of Spain and the United Kingdom”.

It has yet to be decided whether that sort of veto power would extend to the transition period or not, but it seems likely to be so despite Gibraltar’s strong opposition (whose local authorities have even warned to rescind the rights enjoyed by Spanish and other EU nationals working in the territory if Madrid uses its veto).

Nevertheless, the Spanish government doesn’t intend to reclaim sovereignty as a precondition, or use threats to do so as a bargaining ploy during Brexit talks.

The Foreign Minister Alfonso Dastis has said that “sovereignty is something we aspire to, but in these negotiations it is not the issue”, adding that Madrid instead wants a pragmatic deal that included joint management of Gibraltar’s airport and more cooperation on illegal activities, taxation, business transparency and navigation in order to achieve a normalised cross-border coexistence.

This is what has to be agreed during 2018: only if Gibraltar does not work in good faith and London is not constructive, will Madrid demand that Gibraltar not be included in any future European agreement with the UK.

On the sovereignty dispute, Spain will not try to take advantage of the fact that the territory will leave the EU to impose its views. However, there is scope for creative solutions that may be acceptable by Gibraltar, which is for the first time under urgent pressure to try to retain the conditions that have been essential for its flourishing economy. For example, it’s possible that Gibraltar could keep its specific current status through an imaginative formula whereby it remains in the EU through some kind of association with a member state, namely Spain.

As the formal co-sovereignty proposal, reformulated by Madrid in 2016, has already been rejected by Gibraltar, the Elcano Royal Institute has just proposed a new status: the ‘City of the British and Spanish Crowns linked to the EU’. This solution looks at three existing situations:

The combination of these models applied to Gibraltar would avoid the symbolic problems of sovereignty (instead of raising the Spanish flag, the solution would imply lowering the British) and, at the same time, preserve Gibraltar as part of the EU. That would be done via its connection to the Crown of Spain, but ensuring the maintenance of current Gibraltar’s self-government, formal links with the British Crown and entailing a special financial regime, compatible with EU law.

Furthermore, Gibraltarians would enjoy dual nationality (and, therefore, EU citizenship), and the ‘fence’ – which today marks the border, and makes daily life difficult for people living in Gibraltar and the neighbouring Spanish localities of the Algeciras Bay – would be removed.

At the same time, UK would retain its military bases although competencies regarding security, foreign policy and external migration would be shared with Spain.

This mutually beneficial formula is only one imaginative solution to the Gibraltar conflict. There may be other sophisticated ways to solve the problem (all of them problematic, considering the current emotional positions of both parties) but it is remarkable that Brexit may bring an opportunity to rethink the dispute in the best interests of all concerned.

With a solution like this, not only would Gibraltar square a circle (remain both British and within the EU after Brexit), but also London and Madrid would reinforce the bilateral links that are already so close in the social and economic areas.

The UK will need strong political allies in continental Europe and the strategic relationship with a partner could help settle the centuries-long dispute over the Rock.