Global Britain in a competitive age 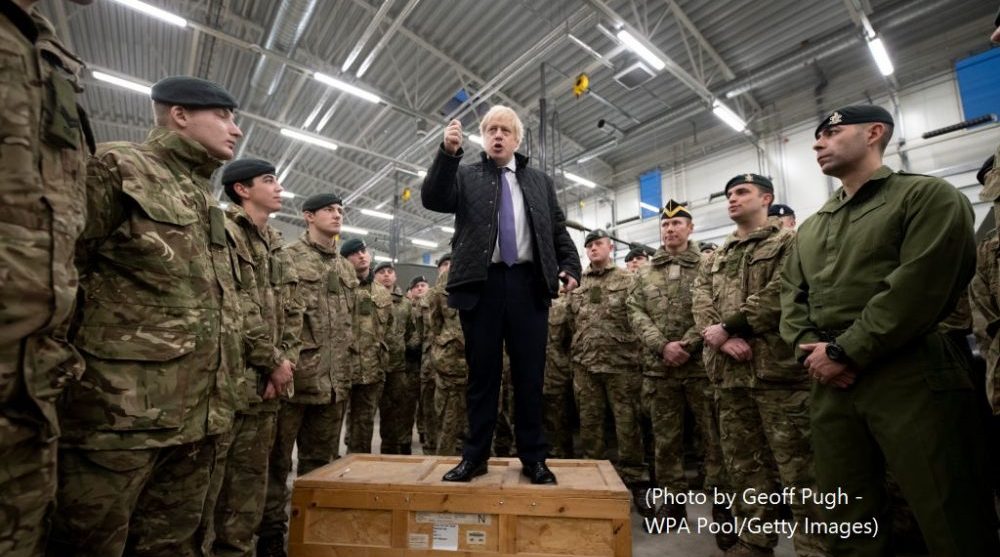 Global Britain in a Competitive Age: The Integrated Review of Security, Defence, Development and Foreign Policy is a generational document that changes the fundamentals of UK foreign and defence policy.

The shift away from the EU after Brexit is a key driver of the redefinition of British foreign policy, but other key drivers include the rise of China and the re-assertiveness of Russia.

Then there are the interdisciplinary threats of cyber security, terrorism, migration, and the rise of economic nationalism in foreign policy since the financial crisis. The security environment is febrile and the associated security threats are real and present.

The UK’s place in the world has been defined in recent decades by its membership of the EU and its relationship to the US and NATO. The UK has traditionally had a Euro-Atlantic focus and achieved global influence as a diplomatic and trading power.

It is a permanent member of the UN Security Council and is a nuclear power at the top table of global hard politics, but it also punches above its weight in the soft power stakes, through a combination of diplomatic skill and traditional alliances.

These alliances were forged in the post-war period and continue to be important priorities for British foreign policy.

The UK has traditionally been a bridge between the US and the EU, but this will be challenged by Brexit. As such the UK is looking for a new role in the world and has defined this in terms of the Global Britain brand.

The new foreign policy priorities of the UK after Brexit will focus on the Indo-Pacific region, as London wants to boost its trade, security, and development links with what is the fastest growing region in the world.

This is also partly conceived to balance China in its own back yard via alliances with the US and regional Indo-Pacific states, such as India.

The UK aims to shape the international order to bring about the conditions for democracies to cooperate against security threats.

Other threats lie closer to home in the traditional Euro-Atlantic area, with a more assertive Russia, and Chinese encroachment into European economies and infrastructure projects. Then there’s the terrorist threat in Europe and internationally to consider.

The UK also wants to move into newer areas of security cooperation, such as in the cyber realm via new investments in artificial intelligence and autonomous defence systems. The UK wants to become a cybersecurity superpower to counter Russian and Chinese threats.

There’s more to British ambition: the UK wants to upgrade its aging artillery (which is long overdue), and to increase its nuclear warheads from 195 to 260 to maintain a presence at the top table of international affairs and to send a message that the UK is reorienting its foreign policy stance.

There are issues with these plans. The Ministry of Defence has an existing army equipment shortfall of £17 billion; the armed forces have previously requested another £20 billion, but this has not been budgeted for.

This puts the £16.5 billion that the Government has earmarked for defence spending over the next four years in perspective.

The new monies for the renewal of artillery, nuclear weapons, cyber security and suchlike might well be swallowed up in real terms by existing shortfalls in expenditure and existing cost overruns. This was pointed out recently by the Public Accounts Committee.

There are also plans to slim down the size of the British Army from its current strength of 82,000 troops to 72,000 troops.

The Government argues that new technologies will overcome headcount cuts, but there is a lingering feeling amongst rank-and-file army personnel and defence analysts that cutting troop numbers even further will make the British army a less effective fighting force.

A case in point: to meet its NATO commitments in Europe, the UK could perhaps muster a depleted division of 100 tanks instead of the usual 200 tanks.

The Government’s strategy and thirst for new technologies to fight new forms of warfare is perhaps in danger of downgrading traditional hard power in defence. Given that Russia is still a major military threat in Europe, this could be sort sighted. Projected cuts to the size of the army can be seen in the same vein.

However, the army leadership have largely bought into Government thinking, and there is a belief that the army can maintain a series of hubs around the world to contribute to managing global security.

Teams of troops will operate in the grey zone between peace and war beneath what the army terms the ‘threshold of conflict.’

The idea is to project the army further afield and use it more strategically to deal with conflict as it arises, but if numbers are being cut this would seem to be a lofty objective.

Given how overstretched the UK was in Iraq, in the days when the army numbered 100,000 troops, the American military are concerned about the UKs downsizing plans, as are near neighbours in Eastern Europe.

The UKs pivot towards the Indo-Pacific region is part of the Government’s Global Britain strategy. It represents a turning away from Europe to a degree, and arguably away from traditional defence.

This is strategically curious for a medium-sized power that also has commitments to the Euro-Atlantic area.

One immediately thinks of overstretch and an inability to deliver on all fronts, especially in an era when the UK economy is shrinking due to the legacy of the financial crisis, Covid-19, and Brexit.

Cuts to spending are both a symptom of this overstretch as well as a strategic error that will likely lessen UK influence abroad. It remains to be seen if the UK will be match-fit for managing contemporary global Britain security challenges.