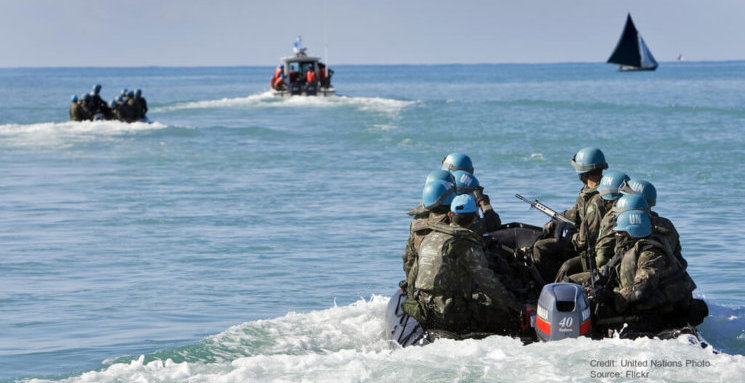 There is a lot of uncertainty about what is meant by “Global Britain”. The recent report by Bob Seely MP and James Rogers is therefore important.

By raising the possibility that the UK could pay its peacekeeping bill by changing the way it counts international aid, however, the report risks reducing the UK’s influence in that most global of institutions, the United Nations.

We recently conducted extensive interviews of diplomats working in the UN on this subject.

On the question of what made the UK influential at the UN, our interviews revealed two stand out themes: the skills and professionalism of the UK mission in New York, and the cross-party commitment in London to the aid budget.

There is no harm in the Seely-Rogers report calling for greater scrutiny of the latter. To argue that the commitment to spending 0.7% of Gross National Income on aid ‘should not be mandatory’, however, will lead these diplomats to question whether the UK is giving up its influence.

The argument that ‘international development’ should be ‘understood more broadly’ will also be interpreted as a way of masking what in effect is a real cut in funding.

Behind the Seely-Rogers report is a desire to ‘rebalance spending on global engagement’ and giving the UK a ‘hard power uplift’.

The proposed increase in defence spending, however, would be directed at addressing what the report identifies as ‘global flashpoints’, including ‘contemporary Russian warfare’, and ‘Chinese revisionism’.

Indeed the Secretary of State for Defence Gavin Williamson’s deployment of British ships to the Black and South China Seas suggests he shares this world view.

But this is at odds with the UK’s priorities at the UN and the report’s own commitment to see ‘more spending on peacekeeping operations’.

The UK is the ‘penholder’ – that is the lead country – on eight situations at the UN Security Council: Central Africa, Colombia, Cyprus, Chad, Libya, Somalia, Sudan and Yemen, and it has led on Myanmar. None these ‘flashpoints’ appear in the Seely-Rogers report.

It suggests too that the Seely-Rogers vision of ‘Global Britain’ is out of step with that of Foreign Secretary Jeremy Hunt, who committed the UK to doing more to prevent the atrocities that have unfortunately characterised these conflicts.

This version of ‘global Britain’ will be seen as giving with one hand and taking with another. Despite the verbal commitment to peacekeeping it would be far from meeting the UN Secretary General’s call for a ‘quantum leap in collective action’.

Unfortunately, the Seely-Rogers report is vague on how the UK can address the UK’s challenges at the UN. Membership of the EU helped the UK maintain its standing as a global leader in very specific ways.

For instance, UK leadership at the Security Council was key to progress in Somalia, but the African Union’s Mission was largely paid for by the EU. The diplomats we spoke to now speculate that France’s diplomatic stock will increase because it will be able to deliver EU resources in a way the UK cannot.

The opportunity cost of being outside the EU is even more apparent in light of the EU’s €10.5 billion investment in the new European Peace Facility, as well as the renewed EU-UN Strategic Partnership on Peace Operations and Crisis Management.

The Seely-Rogers report also suggests linking aid to the ‘three freedoms’ – freedom for trade, freedom from oppression, and freedom of thought.

This too might backfire, especially when developing countries now have access to increased levels of no-strings attached Chinese aid. Likewise, the report’s reimagining of the UK as part of the CANZ (Canada, Australia and New Zealand) will not play well within the UN, according to our data.

Reflecting on the referendum result, Theresa May said it “was not the moment Britain chose to step back from the world. It was the moment we chose to build a truly Global Britain.” Policymakers and the nation as a whole are still struggling to define what that means.

How the UK is seen in that most global of institutions – the United Nations – will be a significant part of that process and as a permanent member of the UN Security Council, the UK should tread carefully in reassessing its approach in those areas, such as its commitment to development aid, that have so far put it in good standing.