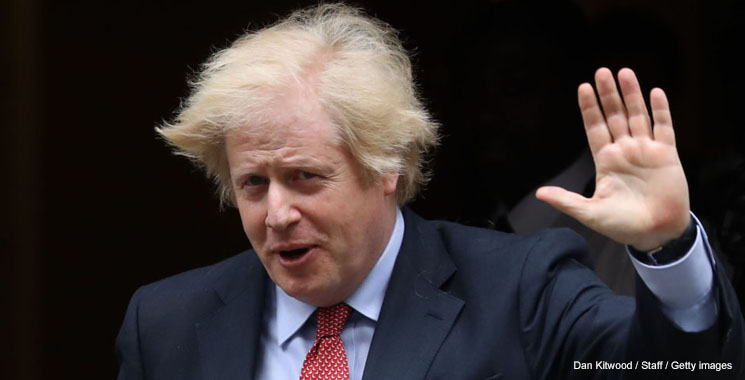 His first shot at giving substance to this favourite Brexit slogan, his Greenwich speech of 3 February, got about as far as the Mary Rose on her maiden voyage: scarcely had he defined Britain’s new global role as champion of free trade when the great global shut-down ensued. Were we now in line for some alternative enlightenment?

No. The announcement, it transpired, was about a bit of reengineering of the Whitehall machine – the (sub)merging of the Department for International Development (DFID) into the Foreign and Commonwealth Office (FCO), to form a retitled Foreign, Commonwealth and Development Office. This was not, the Prime Minster stressed, any scaling-back of our aid effort.

On the contrary, the national commitment to dedicate 0.7% of GDP to aid would remain in place. But the change would make for greater coherence and effectiveness in both our foreign and aid policies. So see it as a sort of down-payment on the more comprehensive reworking of our external policies and capabilities promised in the (virus-delayed) Integrated Review.

In some ways, it is a puzzle that this did not happen years ago. An independent aid ministry was first set up by the Labour government of 1964. The following Conservative administration re-subordinated it to the Foreign Office in 1970.

And back and forth again, as a totem of the different philosophies of left and right, until the creation of DFID by the incoming Blair administration in 1997. So the latest change has really been waiting to happen since the return of a majority Conservative government in 2015.

But why now? Opposition leader Keir Starmer was quick to denounce “the tactics of pure distraction”, instancing some of the grim economic news from which the Prime Minister might wish to divert attention.

An even bigger cynic might wonder whether Number 10 did not see this announcement as a timely sop to restive back-benchers – those discomforted by the latest indications that Johnson might actually prefer to avoid a failure of the current Brexit negotiations, and those urging more rapid moves to lift the Covid-19 lockdown.

Very much the same folk have long been hostile to foreign aid, and can be expected to welcome the new move. They will forgive the Prime Minister for maintaining the 0.7% commitment (it would take fresh legislation to get off it – and anyway it is currently diminishing in absolute terms, along with GDP).

But they will expect the new department to disburse the funds with a closer eye on British national interests, and find ways of stretching it to cover some activities that would otherwise have had to come out of the old FCO, or even Ministry of Defence, budgets.

None of which provides much illumination of what ‘Global Britain’ is expected to amount to. ‘Unshackled from the corpse’ of the EU, of course. But for what purpose?

If not champion of free trade in a world which is rediscovering the attractions of protectionism, then perhaps ‘leading the world as a force for good’, as per the Foreign Secretary’s Telegraph article of last September?

But how does that tired old rhetoric square with the harder-headed attitudes to our external relations that the Integrated Review, and yesterday’s fore-taste, are meant to embody? Until the Integrated Review explains the plot to us, ‘Global Britain’ looks set to remain a title in search of an author.

By Nick Witney, senior policy fellow with the European Council on Foreign Relations.