Going for growth – but is Trussonomics how to achieve it? 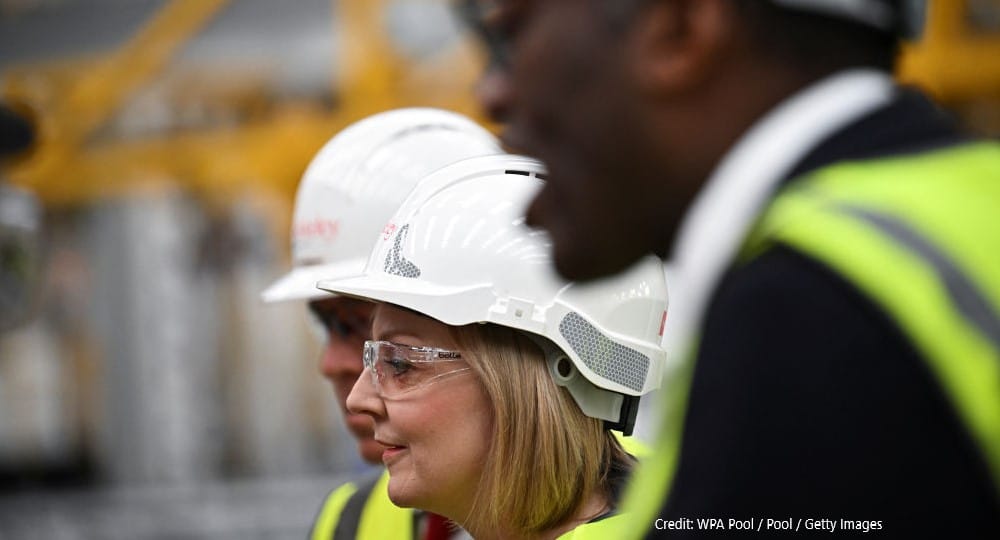 Iain Begg analyses the government’s plans for stimulating economic growth, highlighting the risks of an approach that focuses primarily on tax cuts and supply-side reforms instead of facing-up to the challenges of raising productivity, activating workers and recognising the growth potential of ‘trickle-up’ measures.

Growth: don’t most of us agree it is a good thing? It makes all of us better off (though just maybe some more than others), raises more money for the public coffers and boosts Britain’s economic clout. There might be quibbles about sustainability, in its many guises, from macroeconomic through social to environmental, but surely that is a second order matter.

There is a compelling argument to be made about the lack of dynamism of the UK economy. The disruption stemming from the succession of crises since the late 2000s is partly to blame. But there are other explanations, many of them home-grown, including very weak productivity growth, low business investment and, strange as it may seem at a time of economic gloom, labour shortages.

Redressing these impediments to growth ought to be a priority for any government. True, we learned from Liz Truss’s Tory conference speech that there is an anti-growth coalition made up of ‘Labour, the Lib Dems and the SNP, the militant unions, the vested interests dressed up as think-tanks, the talking heads, the Brexit deniers and Extinction Rebellion’.

She could have added ‘NIMBYs’ who block planning applications, builders who stockpile development sites but do not build houses and tax dodgers, many of whom, dare we say, were among the ‘selectorate’ of Conservative Party members who made her Prime Minister.

Truss has been blunt about not letting redistribution stand in the way of growth. Boris Johnson, notoriously, wanted to have his cake and eat it, but Truss has the different aim of increasing the size of the cake. The view that faster growth resulting from tax cuts and deregulation will eventually trickle-down to everyone has been likened to the ‘Reaganomics’ of the 1980s. Telling the less well-off they will have a smaller slice, but it will still have more in it, will not be easy to sell.

Rick Perlstein, a renowned chronicler of the Reagan years and supposedly an influence on Truss’s economic philosophy, told Times Radio on October that her misreading of his analysis is ‘mind-blowing’, citing the ‘emptiness of the promises that were made by Ronald Reagan’. He referred scathingly to the ‘fantasy about lowering taxes on the rich creating prosperity for everyone’.

Nor is he alone. David Stockman, Director of the Office for Budget Management during Reagan’s first term, famously described the supply-side agenda as ‘a Trojan Horse’ for tax cuts for the rich. They led to a rise in public debt of some 20 percentage points of GDP, admittedly from a low base of 31%  in 1981. Under Clinton, the debt ratio fell slightly, but it soared subsequently under Bush, Obama and Trump to reach 129% of GDP in 2020, before edging downwards under Biden.

Despite the years of austerity under the Cameron government, UK debt stayed stubbornly high after the global financial crisis and is now on course to reach well over 100% as a result of the not-so-mini budget of 23 September. Until the OBR is allowed to publish its assessment, we cannot know how much it will, and even when it does uncertainty remains over the eventual effect of capping gas prices.

According to the latest estimates from the ONS, the UK economy is nearly back to the level of GDP attained before the pandemic, very slightly less so in disposable income, the measure of how much is available to spend. This is far from a calamity, even if further rises in energy prices are still in the pipeline, effectively transferring income globally from energy consumers to energy producers.

Even so two questions arise. First, what is needed to boost UK economic growth UK and, second, how can it be done fairly? Some of the answers are straightforward. GDP will grow if there are more people in work and if they are more productive as a result of higher investment, innovation, better management, enhanced skills and so on.

To achieve growth, as Paul Krugman said, ‘productivity isn’t everything, but it is almost everything’. However, his aphorism overlooks a second key influence, namely employment. It may sound almost simplistic, but GDP is the amount of employment times average productivity. In the UK (and many other countries), an enduring effect of the pandemic seems to be a marked reduction in those willing or able to work – what economists call the participation rate. Raising it should be a priority.

Weak productivity is something of an enigma at a time when digital advances should be transformative, so much so that the ESRC now funds The Productivity Institute to investigate it. As the eminent American economist, Robert Solow, put it back in 1987: ‘You can see the computer age everywhere but in the productivity statistics’.

Can governments really stimulate growth and, even if they can, what sort of growth? Certainly, there are changes on the supply side of the economy that can make a difference if they ease bottlenecks, but they rarely act quickly and, sometimes, even cause disruption before they deliver benefits. An appropriate mix of monetary and fiscal policy helps, as do open trading arrangements.

There are many instances of policies which have resulted in a short-term acceleration of GDP, leaving the bills to be paid later. The example most quoted in the UK is the Barber boom of the early 1970s, but debt-fuelled growth in pre-crisis Greece before it hit the buffers, the dotcom boom in the US or the unsustainable property booms in Spain and Ireland after the launch of the euro are others.

Rescinding the abolition of the 45% top rate of tax was a first screeching U-turn and the government now seems to be heeding the objections to uprating benefits by less than the rate of inflation. Nevertheless, the government clearly still believes in trickle-down and a cocktail of supply-side reform as the elixir which will boost growth.

The irony is that policies which put money in the pockets of the poor rather than the rich tend to generate more spending in aggregate, hence this suggestion: why not try ‘trickle-up’?