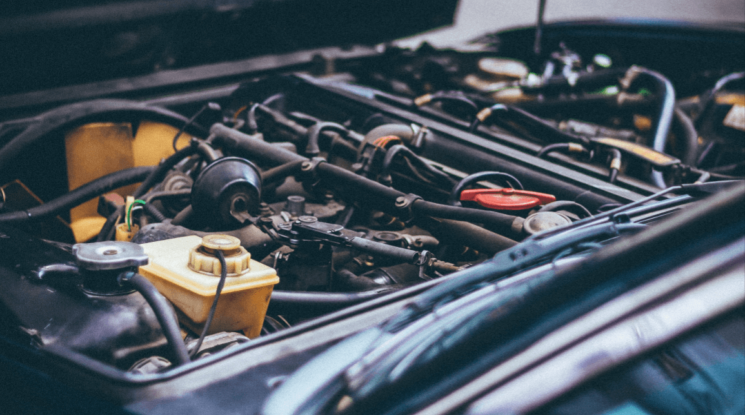 There were two big pieces of good news for the UK auto industry over the last week in what has otherwise been a torrid year to date.

The French automaker PSA said that Vauxhall Group was minded to build the replacement for its Astra model at its Russelheim plant in Germany and at its Ellesmere Port plant near Liverpool, beating off tough competition from PSA’s plant at Gliwice in Poland.

The new model will be built from 2021 onwards, and will secure further electric car production in the UK, a critical move as the sector shifts away from the internal combustion engine towards electrification.

However, the firm warned bluntly that the investment was “conditional on the final terms of the UK’s exit from the European Union and the acceptance of the New Vehicle Agreement, which has been negotiated with the Unite trade union”.

Meanwhile, Jaguar Land Rover is investing heavily at its Castle Bromwich plant in Birmingham to assemble a range of new electric cars. Again this investment was being linked to new working arrangements which Unite members were being balloted on, and will secure several thousand jobs.

In both cases management, workers and unions have pulled out all the stops to work flexibly and get costs down – something they have repeatedly in recent decades to win contracts to build new models.

What the Vauxhall case suggests is that flexible working to boost plant level competitiveness only goes so far. While JLR has no choice but to make the investment at this point given its model cycle, PSA has effectively given a pretty clear warning that it will only build its new Vauxhall Astra at its Ellesmere Port plant if the UK avoids a No-Deal Brexit.

PSA’s warning reinforced calls from car industry’s trade body the Society of Motor Manufacturers and Traders for a Brexit deal that ensures frictionless trade as far as possible, and in particular, avoids customs delays and tariffs at the UK-EU border. Last week the SMMT warned that every extra minute of delay of goods at the border would cost the industry £50,000.

The future of the Ellesmere Port plant and its 1000 workers depends on it securing Astra production. The model is the best-selling car in the Vauxhall/Opel range. And if production does go ahead there it will be interesting to see if PSA produce a range of models across different brands on the same platform.

Fears over the future of the Ellesmere Port plant were heightened after PSA’s takeover of GM Europe £1.9bn back in 2017. PSA have been looking to make big cost savings in the wake of its takeover, raising fears that the axe would fall on plants in the UK in the context of Brexit uncertainty.

Yet the firm has postponed investment decisions at the same time that other firms like Honda and Ford announced plant closures in the UK and Nissan scrapped a decision to build the X-Trail model at Sunderland.

PSA seems genuinely keen to keep the Ellesmere Port plant going, and its fate has been helped by the turnaround of PSA’s Opel-Vauxhall business, which reported its first annual profits (€859m) in 20 years in 2018 after a cost-cutting plan involving painful job losses including at Ellesmere Port.

The PSA and JLR investments would be major boosts for the industry. Investment in auto has effectively stalled of late – down by 80% since 2016 – as assemblers and suppliers postpone investment decisions amidst uncertainty, awaiting clarification on the form of Brexit and the UK’s future trading relationship with the EU.

With major model replacement decisions like the Astra looming, this raises the risk of automotive assembly shifting elsewhere if uncertainty continues. There also seems to be emerging evidence from broader manufacturing surveys that overseas customers are switching their supply chains away from the UK, in turn impacting on investment intentions.

Note that even if Parliament does support a version of the Withdrawal Agreement, the transition period offers only short term clarification on trading on existing terms; longer term, a new trading arrangement needs to be agreed, again raising issues of uncertainty for sectors heavily dependent on foreign investment like automotive.

Ben Broadbent of the Bank of England has noted that business investment suffers more than it needs to if firms repeatedly expect things to be resolved sooner than they actually are. A repeated series of cliff-edges, each of which firms expect to be decisive but then just gives way to the next cliff, is more damaging for business investment than if it had been clear at the outset that the process will take time.

But this doesn’t mean that ending uncertainty by going for a No Deal is a sensible option. Auto industry investment plans that have been put on hold given Brexit uncertainty would probably be scrapped altogether should the UK leave without a deal, with a knock-on effect on jobs and technologies going forward.

And in the case of Vauxhall, a hard-fought battle by management and workers to secure investment against international competition risk being unwound under a No-Deal Brexit.

By David Bailey, Senior Fellow at The UK in a Changing Europe and Professor of Business Economics at Birmingham Business School. This piece was originally published in the Telegraph.