Goodbye to what, exactly? 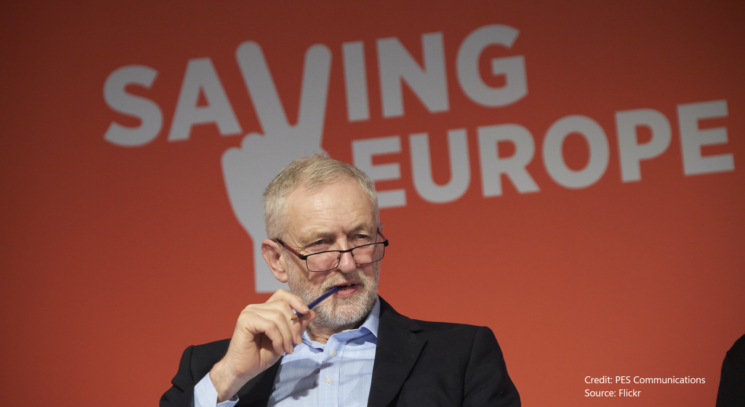 Jeremy Corbyn has stepped down as Labour leader, bringing to a close the party’s ‘hard left’ experiment. But is ‘hard left’ really an accurate characterisation of Corbynism? Perhaps it is: after all, it wasn’t only journalists and academics who referred to the movement using radical labels.

Corbyn himself described his political project as “socialism for the 21st century”. John McDonnell, Corbyn’s right-hand-man and Shadow Chancellor, called it “socialism with an iPad”. And the Corbyn-supporting Labour MP Emma Dent Coad told us that the movement was “not here to manage capitalism”.

But the evidence of Corbynism in practice shows it intended to do just that. Take its plans for nationalisation. Here, the policy was limited to natural monopolies – rail, mail, water and energy – where the efficiency case for competition remains doubtful.

Corbyn’s elaborate plan to manage water was based on systems elsewhere in Europe, where regional water boards would be overseen by groups of consumers, workers’ representatives and environmental groups. So not exactly state socialism.

Or take Corbyn and McDonnell’s proposals for a National Investment bank, modelled on Germany’s Kreditanstalt für Wiederaufbau, which has a successful track record in funding renewables. The plan was for a new public bank to lend to private banks, where these private enterprises would become ‘partners’ in delivering Labour’s industrial strategy, centred on green growth.

The state wouldn’t be sat alone at the top of Corbyn and McDonnell’s public bank. Instead, the board for the proposed bank would include representatives from government, alongside the Confederation of British Industry and trade unions, as well as independent professional staff.

Corbyn’s appeals to voters also had a distinctly social-democratic, rather than ‘hard left’, flavour. In 2018, Labour released two widely remarked upon advertisements made by the late Simon Baker, a Corbyn-supporting director. In the first, the voiceover mourns the loss of “a proud community where an honest day’s work would earn you a decent day’s pay”.

These words echoed the historic trade union demand of a fair day’s work for a fair day’s pay. This was a moral and a moderate view of capitalism – as indeed Fredrick Engels once pointed out.

Baker’s second advert makes this message even clearer. Here, the opening scene is set on Attlee Street while later we see a family photo of a London Underground station during the Blitz. And this time Corbyn provides the voiceover: “Labour will get money to where it’s needed by setting up new, regional investment banks whose priority won’t be casino-style financial gambling but investing in local people, local communities and local businesses.”

In practice, Corbynism resembled a democratised and regionalised version of post-war welfare capitalism, far more than state socialism. But neither did Corbyn’s party resemble the ‘hard left’ of the 1970s, whose Alternative Economic Strategy called for withdrawal from the European Economic Community, widespread nationalisation and capital controls.

This ‘hard left’ strategy was advocated by Tony Benn, who is widely considered to have been Corbyn’s mentor.

But in making a comparison between Bennism and Corbynism, context is crucial. While industrial trade unions and full employment helped drive inflation in the late post-war era, today the opposite is the case. Weak unions are creating conditions for deflation, as well as inequality and low productivity.

Since 2008, elites and former advocates of neoliberalism had realised this too – particularly as policy responses to the last financial crash, including historically low interest rates, failed to generate new growth.

On top of changing opinions, this new low cost of borrowing created the basis for an economic strategy based on state investment, such as Corbyn and McDonnell proposed.

In the late-1970s, voters and activists on the new left (including John McDonnell) were tired of the state’s management of the economy, as well as the ‘overbearing’ presence of trade unions. Today, the moral outlook of the post-war period provides common sense views on the economy that Corbynism sought to mine.

But Corbyn’s movement lacked a similar resource on issues concerning the EU, against which, as in the 1970s, many industrial heartland Labour voters were opposed. This put the traditional wing of Labour’s support at odds with its newer metropolitan base.

So much was of course evident in Corbyn’s repeated efforts to ‘fudge’ his party’s position on the Europe, but also in his party’s attempt to avoid the topic entirely.

On the economy, Corbyn’s Labour could afford to be moralistic, making its appeals in the language of post-war common sense, updated for new times. But on Europe, Corbyn’s discourse was liable to a far less compelling rational calculus, framing debates on immigration and trade in terms of wages, rather than issues of national identity.

But in sum, Corbyn’s 21st century socialism was essentially social democracy in a radically new context. It was, in effect, simply politics catching up with a context thoroughly transformed by the banking crisis and austerity, just as to some extent Boris Johnson’s leadership represents in the Conservatives.

Above all else, Corbynism was anti-neoliberal, appearing on the main stage of British politics when the free market had lost its appeal. In the short term, coronavirus and the fiscal and social response of states is clearly another rupture with a logic that the market knows what’s best.

The virus and the unprecedented recession that is likely to follow will once again radically change the rules of normal policy making in ways that are hard to predict. What is certain is that with a new leader of Labour who is far to the left of Tony Blair, Corbynism has certainly left its mark.

By Lewis Bassett, PhD student at the University of Manchester.