‘Governing degeneration’: are the Conservatives under Boris Johnson suffering from it? 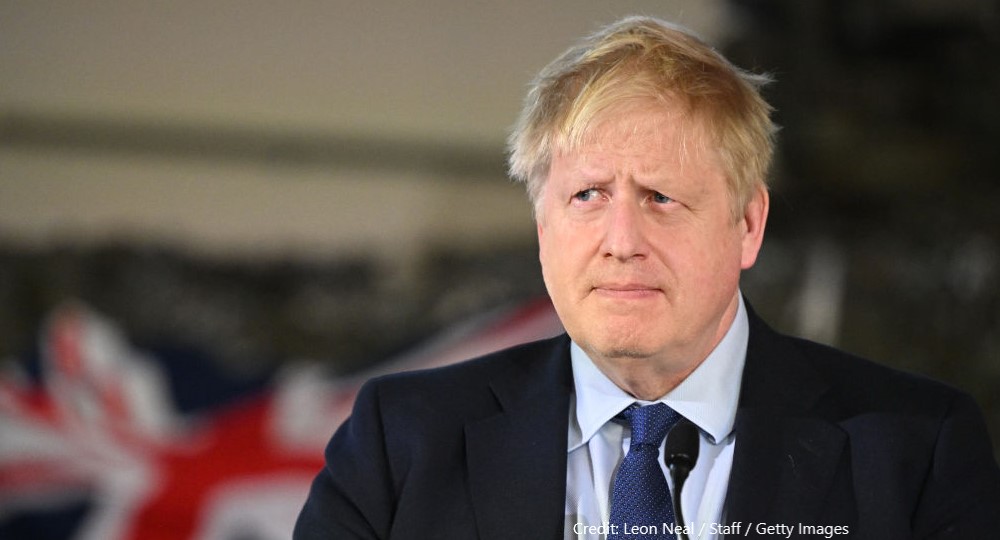 The 80-seat majority Boris Johnson won back in 2019 seemed, at the time, to have solidified his hold on the Conservative party. But since partygate emerged, speculation has swirled around Westminster that his time as leader, and as PM, may be running out.

The news of parties in Number 10 also suggested some government figures either did not – as Theresa May suggested – understand the laws they were introducing, or instead ‘chose not to read them’. The alleged violation of the rules had created intense feelings of anger and discontent, and an expectation grew that only a new leader would enable the Conservatives to draw a line under the controversy ahead of the local elections taking place across the UK in May.

Despite this, the pressure appears to have subsided following the recent relaxation of Covid-19 restrictions in England, and the change of focus towards the escalating situation in Ukraine. However, even if the attention of those who were recently calling on Johnson to go – such as David Davis – has now shifted onto other concerns, the question remains as to whether the Conservatives are now suffering from what Timothy Heppell described in his seminal Parliamentary Affairs article as ‘degenerative tendencies’.

In his article Heppell identified common features among long-standing governments that ultimately lost office. I am, by no means, making a prediction of what may befall the Conservatives under Johnson at the next election – but in a recent piece in Political Quarterly I examined whether the current administration is suffering similar symptoms of degeneration that Heppell observed in the declining governments of Macmillan/ Douglas Home in 1963, Major in 1996, and Brown in 2008.

In my article, I applied the five criteria that Heppell set out – governing competence; leadership credibility; ideological division; abuses of power; and a renewed opposition – to the Johnson administration.

Across the board, I concluded that there is evidence in the current set of circumstances to argue that the Conservatives are indeed exhibiting these symptoms.

In terms of governing competence, I argued that Johnson lacks the political aptitude necessary to operate at the level of Prime Minister (and party leader) because of ‘an absence of cognitive skill’, which Fred Greenstein argues is a fundamental aspect of demonstrating an ability to govern, alongside the absence of a clear economic strategy to respond to post-Brexit realities.

The impact of this will be a government that finds it difficult to capitalise on any recovery as evidence of governing competence. Put simply, as with the Major government, any economic growth may come to be seen as a national success despite government policy, not because of it.

Secondly, Heppell identified leadership competence as a key aspect of governing degeneration, for which I argued the revelations over parties taking place within Downing Street whilst Covid-19 restrictions were in place have led to substantial questions over Johnson’s judgement and capacity to maintain a functioning operation at the heart of government. This issue will remain for Johnson as it is a question of both leadership competence and values.

Furthermore, the secrecy and apparent double standards of parties taking place—apparently frequently—during nationwide lockdowns implies a governing culture that is divergent from the values of the wider country. This is hugely problematic for a Prime Minister seeking to justify or defend a record, even if that record is glowing.

A further consideration relates to the question of ideological divisions within the governing party. The key issues here pertain to Brexit and Covid-19, which have undermined attempts to combat a cost-of-living crisis, an emerging energy crisis, and questions over the sustainability of current spending plans.

The Treasury’s efforts to deal with these issues has led to the prominent backbencher, Peter Bone, to comment that the Chancellor was simply ‘increasing national insurance contributions, and then handing money back to different people through rebates and discounts’ which he characterised as a socialist rather than conservative approach to economic management.

This tension speaks to the debates over how conservatism is ideologically conceptualised and interpreted by the Johnson administration, and how it then informs fiscal policy.

Next, the perception of abuses of power. For Johnson, these date back to his early days as Prime Minister, in the lengthy – and unlawful – prorogation of Parliament in 2019, seen by commentators as an attempt by the government to avoid parliamentary scrutiny during the final weeks leading up to Brexit. This perceived abuse of power has also been compounded by partygate: Johnson first claimed to have followed his own Covid-19 laws, then to have not known about the parties; and finally was able (for now, at least) to prevent the full publication of Sue Gray’s report.

Here, the involvement of the Metropolitan Police may granted him a temporary reprieve, but it also added to perceptions of abuses of power – since prominent figures were shielded from the consequences of breaking their own laws which were heavily enforced across the UK.

The final criterion of governing degeneration relates to the renewal of the opposition and a sense that it is time for a change. The Labour Party has begun, under Keir Starmer’s leadership, the long process of presenting a more united face to voters. This has proven possible by the fading significance of the New Labour and Corbynite factions: they have become less significant because Starmer (and his wider leadership team) is seeking an ideological platform that embraces Ed Miliband’s policy whilst simultaneously combining it with a ‘patriotic’ image and effective communicative strategy more comparable to that of Tony Blair.

This continuity with One Nation Labour under Miliband suggests that Starmer’s vision of social democracy follows the tradition of an essentially egalitarian form of progressive capitalism, and while questions remain about his capacity to articulate it effectively. Despite this, there is evidence of a renewed opposition that could act as a new government.

But it is by no means a terminal situation for the Conservatives. It is possible that a post-Johnson leadership may make him the scapegoat for these problems. However, history suggests that if the symptoms of degeneration are embedded too deeply, then simply replacing the leader may be insufficient: remember, replacing Macmillan with Douglas Home did little to prevent the Conservatives losing office after a lengthy period in government.

Furthermore, should the numbers of prominent Conservatives publicly criticising Johnson’s leadership grow, then it may be harder for him to recapture the spirit of December 2019. Those prominent voices may have faded from the daily cacophony of political discourse, but they are never far away – expect them to return if the local elections reignite discontented rank-and-file conservatives.

Ultimately, whether he stays or goes will come down to whether the parliamentary party believes he can and will lead them to victory at the next general election.

By Andrew Roe-Crines, Senior Lecturer in British Politics at the University of Liverpool. This blog is based on a recently published article in Political Quarterly.