Government attitude to the courts and the Rule of Law 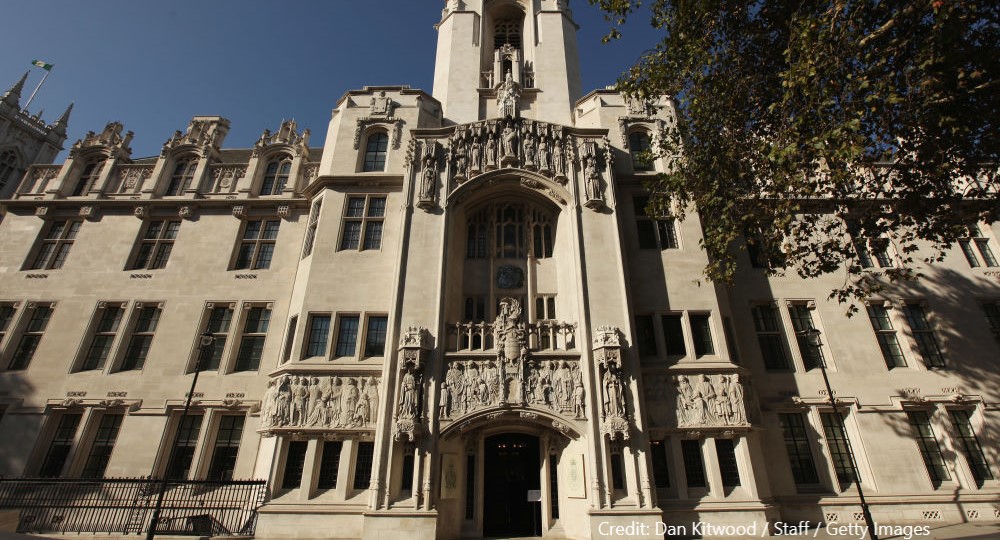 For many commentators, the characterisation of the government’s attitude towards the courts and the rule of law begins with its original sin, the unlawful attempt to prorogue Parliament in September 2019. This set the tone, the argument runs, for the mode of governing that was to follow, in which the populists in No 10 rail against constitutional restraint and seek to undermine the courts and the rule of law.

The reality is more prosaic. In attempting to prorogue Parliament, the government exercised a long-standing legal power not previously thought to be subject to judicial review. Whatever its political merits, the government acted lawfully. The Attorney General rightly advised the Prime Minister that the prorogation in question was lawful, and it was carefully tailored to comply with the terms of the Northern Ireland (Executive Formation etc) Act 2019.

The Supreme Court’s judgment invented new legal restraints on the prerogative power to prorogue Parliament, restraints that went beyond the 2019 Act. It was no victory for the rule of law and has rightly been subject to trenchant criticism by many (academic) lawyers.

The government should have proposed legislation to reverse the judgment and restore the law.  It has not done so (save to the narrow extent that the Dissolution and Calling of Parliament Bill, which repeals the Fixed-term Parliaments Act 2011, makes provision for the newly restored prerogative of dissolution to be free from judicial review), perhaps because it is wary that this would be misconstrued as seeking revenge.

The government’s actions in relation to the pandemic have been challenged in court. The main line of challenge, alleging that various restrictions the government has imposed have been ultra vires (i.e., not authorised by relevant legislation), has failed. Lord Sumption and others have made a strong case that the challenge should have succeeded. Its failure may suggest a reluctance on the part of the court to intervene during a public health emergency.

In other litigation, campaigners have alleged apparent (not actual) bias in relation to government procurement. This claim succeeded in first instance and was widely misreported as evidence of corruption. The Court of Appeal has now overturned the judgment, concluding that there was no apparent bias and querying whether the campaign group in question, which had also been active in Brexit litigation, should even have been permitted to bring its challenge in the first place.

More recently, the Divisional Court has firmly rejected the same group’s challenge to the lawfulness of public appointments in the context of the pandemic, but did accept another claimant’s argument that the appointments process was in breach of the public sector equality duty.

Overall, the courts have not been central in arguments about how best to address the pandemic.  This does not mean, of course, that the pandemic has not raised important constitutional questions. The government’s approach to rulemaking, including the extent to which it has been subject to parliamentary scrutiny, has been much criticised, and of course the failure of senior members of government to comply with the rules is a rolling scandal.

In 2020, the then Lord Chancellor, Robert Buckland QC MP, set up two independent reviews, first to examine judicial review of administrative action and second to consider the Human Rights Act 1998.

The Independent Review of Administrative Law, chaired by Lord Faulks QC, proposed relatively minor changes to judicial review while making clear that it was open to Parliament to reverse particular judgements. The Lord Chancellor may perhaps have hoped for a more robust report, but he himself adopted an incremental approach to reform and aimed at engaging the higher judiciary on the merits in a series of heavyweight speeches.

Dominic Raab replaced Robert Buckland as Lord Chancellor in September 2021, taking over responsibility for shepherding the Judicial Review and Courts Bill through Parliament. The bill makes only two changes in relation to the law of judicial review, tweaking the law of remedies and limiting judicial review of the Upper Tribunal.

These are not radical changes, even if some lawyers have, predictably, denounced them as authoritarian. It seems likely that Raab may want to go further in the future, proposing other changes to the law of judicial review and, in particular, inviting Parliament to reverse judgements that misconstrue legislation or otherwise unsettle the law.

The Independent Human Rights Act Review, which Robert Buckland had set in motion, published its report in December 2021, recommending minor changes to the Human Rights Act. It was published alongside the Ministry of Justice’s more far-reaching proposal to replace the Act with a new Bill of Rights. Although much of the detail remains uncertain, part of the point of the proposal seems to be to free UK courts from any duty to follow the Strasbourg Court, a change which may risk encouraging the judicial adventurism the government otherwise says it opposes.

The government’s legislative proposals are often criticised as attacking the rule of law. The Overseas Operations Act 2021 was alleged to provide impunity in relation to war crimes and torture.  However, the bill did not grant impunity to any person for any wrong – ever more so once it was amended to exclude alleged war crimes. This legislation, as well as in promised legislation in relation to legacy cases in Northern Ireland, government and Parliament are grappling with how best to act in light of contestable human rights law. The proposals in question warrant close scrutiny but should not be caricatured.

Writing in April 2021, Professor Colm O’Cinneide rightly observed that the government’s constitutional agenda was neither populist nor authoritarian, but rather ‘a post-Brexit attempt to return to an older constitutional orthodoxy – namely the traditional model of the “political constitution”, which formed the core of the British constitutional system for much of the 20th century’.  The merits of the agenda are, quite rightly, disputed. Whether the government proves in the end willing or able to implement such an agenda remains to be seen.

By Richard Ekins, Professor of Law and Constitutional Government at the University of Oxford. This article is part of the Constitution and Governance in the UK report that was completed on 4 March 2022.