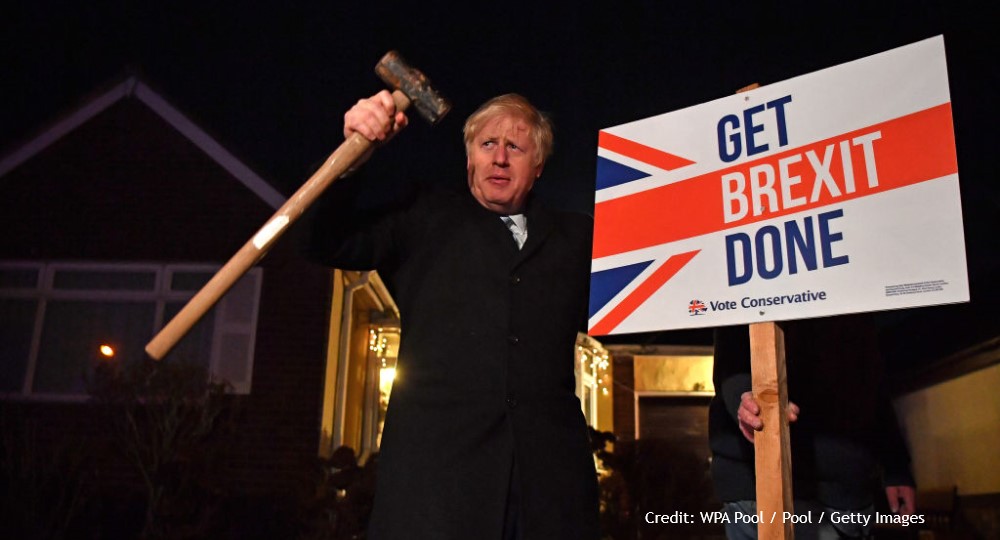 On the Today programme on Friday, Brexit-supporting Conservative peer and CEO of Next, Lord Wolfson, summed up a big challenge for the government’s Brexit communications. Next, he said, were prepared for no deal, but he hoped the UK would get a deal.

That message was echoed on Sunday in a survey of CBI members, where CBI Director General Carolyn Fairbairn stressed that Covid-hit business was desperate for a deal.

That suggests a worrying degree of deafness from business. Earlier the same week the Brexit transition supremo, Michael Gove, made clear that his “reasonable worst case scenario” applied whether there was a deal or not.

That is because the sort of deal the government is seeking, and is the only one potentially on the table, would entail a great deal more friction in terms of customs and regulatory formalities than UK businesses currently experience in transition.

The government has already recognised the need to change the tone from the sunny optimism of the summer’s stress on the opportunities offered to business (badged as “Britain’s New Start”), to their “Check, Change, Go” campaign, and now to what has been described as “shock and awe” – to wake businesses up. Gove’s words followed dire warnings from the haulage and logistics industries about the state of readiness.

“The messaging in the initial advertising campaign was badly compromised by its desire to stress the opportunities from Brexit rather than focus on the inevitable short-run hassles.”

As we pointed out in our report on no deal, while government may be more ready than it would have been last year, Covid-19 has derailed a lot of business preparation.

The government is right to be worried. Last year many businesses took a decision that Parliament would not let the government proceed with no deal on 31 October – and their bet paid off. Others spent big, and were left with unneeded warehouse space and unnecessary stockpiles.

Now, a year later, 43% of businesses seem to think that there will be another extension – despite the government making it clear that it had no intention of doing so, and losing the guaranteed ability to do it by not exercising the option available in the Withdrawal Agreement at the end of June.

Indeed, even if the government changed its mind now, it’s not clear how an extension could be implemented. Those businesses may think that no reasonable government could opt against extension when battling a potential second wave of the pandemic – perhaps another area where the government’s determined optimism has led it astray.

Now, though, the government is trying to hammer home its message on the need to prepare, and that might start cutting through the fog of Covid-19. The rows about the Internal Market Bill briefly knocked Covid-19 down the news bulletins – as did Gove’s warnings about the need for special permits.

It will be interesting to see whether those headlines, combined with a new government campaign, can finally persuade hard to reach SMEs that they need to prepare.

But the government faces some real problems. The messaging in the initial advertising campaign was badly compromised by its desire to stress the opportunities from Brexit rather than focus on the inevitable short-run hassles.

The language and imagery (and the refusal to use the word Brexit) undermined the key message that business was about to be confronted with a lot of red tape if it wanted to continue to trade with the EU or Northern Ireland.

The next phase can address that, although it is leaving things dangerously late. But the government needs to ram home the unpalatable message of the extent of the preparation needed, deal or no deal.

Most businesses recognise that no deal will be messy. It is a brave government that makes really explicit that the form of deal it is looking for still entails trading a lot of additional administrative burden now, for rather more distant options in the future.

Even though he was addressing the need to prepare for no deal as well as deal, Michael Gove still tried to sugar the pill in the Commons by stressing that businesses needed to prepare not just for the ‘new start’ with the EU, but also to benefit from the new trade deals the UK was negotiating.

But, of course, there is a world of difference between preparing to continue business ‘as not quite usual’, and taking advantage of new opportunities.

At some point, the government will need to be honest and make clear to business and the public that their interpretation of the Brexit the public voted for means a lot more red tape – deal or no deal. And businesses expecting an extension will need to be told that the government does indeed expect them to prepare for Brexit while in the midst of a second wave of coronavirus.

The government is probably right that a deal of any sort would make the EU a bit more likely to show some of the ‘pragmatism’ it needs in how the EU authorities apply the new processes.

As we pointed out, an acrimonious no deal would cast a pall over UK-EU relations, and sympathy for the UK would be in very short supply the other side of the Channel – especially if the UK simultaneously reneges on the Withdrawal Agreement as it has threatened to do in the Internal Market Bill and the possible Finance Bill.

But Gove’s ‘reasonable worst case’ of unprepared lorry drivers gridlocking Kent applies either with a deal or no deal.

The political calculation for the government to make is whether it is easier to blame the EU for this by pointing to a no deal breakdown, or admit that it is a consequence of deliberate political choices the government made if it accompanies a deal, which will be spun initially as a negotiating triumph when signed.

That calculation may determine whether the more positive mood music from the government in recent days turns into an agreement.

The final irony is that the more clearly and loudly the government trumpets the uncomfortable immediate consequences of their deal, the better its chances of avoiding them.