Government’s fisheries white paper: what it does and doesn’t say 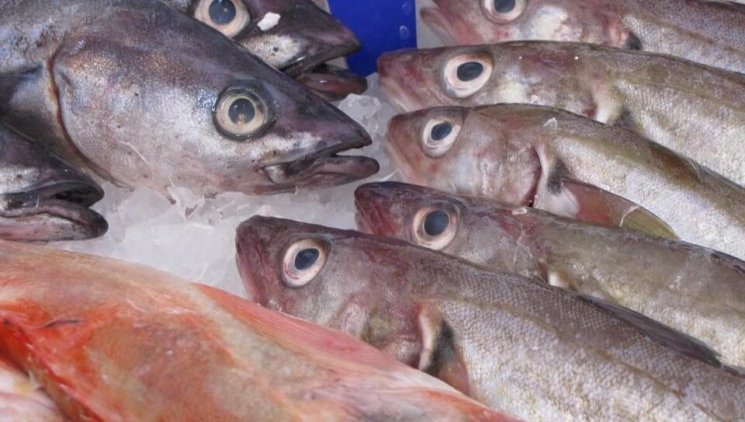 On Wednesday, the UK government published its long-awaited fisheries white paper. While only accounting for a small part of the UK’s economy (less than 0.05% GDP), fisheries has political significance, is important to several coastal communities and had a high-profile during the EU referendum campaign.

In addition to the EU Withdrawal Act, the government will be producing separate legislation to manage post-Brexit fisheries. Today’s white paper is the first step in this direction. But its publication has been extensively delayed.

On the one hand the government has been held back by a lack of clarity over what it wants from fisheries policy. The politics of devolution has also been a stumbling block as fisheries is devolved, but it also intersects with areas which are reserved by the UK government, such as international engagement.

Given the delay, there was therefore a lot of expectation riding on this white paper to offer some clarity.

What the white paper says

One of the big complaints made by some in the UK’s fishing industry is that under the EU’s Common Fisheries Policy, the UK doesn’t get a fair share of the catch from its own waters.

This is the basis for one of the key aims outlined in the white paper: a move away from the current system of ‘relative stability’ for sharing fishing opportunities, which is based on patterns of fishing in the 1970s. What will replace it isn’t exactly specified, although hints are made that zonal attachment (based on where fish stocks are over time) will be considered.

While this makes it clear the government’s approach is about rebalancing fishing opportunities in UK waters to provide a fairer deal for UK fishers, the white paper nevertheless acknowledges that reciprocal access to waters is important, both for the UK and the EU.

To this end, and given the UK’s obligations under the UN Convention on the Law of the Sea regarding the management of shared fish stocks, the government says it is open towards developing multi-annual agreements with the EU and other neighbouring coastal states.

On negotiations with the EU, the white paper sets out the government’s view that negations on fishing opportunities and reciprocal access to waters should be kept separate from the question of the UK’s future trading relationship with the EU. The EU is likely to see things differently here. This was illustrated earlier this year when the UK was negotiating the transition period.

The EU’s offer of continued tariff-free access to the single market was explicitly conditional upon existing fishing access being maintained. Fisheries opportunities, market access and the UK’s future trading relationship with the EU are all therefore seen as part of the same negotiating package. And there’s a wider question of diplomacy which means the two issues are intertwined, even if formally separate.

If your aim to strike a deep and special relationship with the EU, taking an aggressive approach to redistributing fishing opportunities isn’t going to make you many friends.

The white paper also restates government commitments to sustainability. Key principles to guide fisheries policy making, earlier made in its 25 year environment plan, are reaffirmed in the white paper.

This includes basing decisions on scientific evidence and an eco-system approach, and setting Total Allowable Catches and quotas based on the principle of Maximum Sustainable Yield.

This is laudable, but these are just aspirations. It remains to be seen what sort of statutory underpinning (if any) these principles will get. There are hints in the white paper of a forthcoming Environmental Principles and Governance Bill, but little detail on how this will enshrine key principles guiding post-Brexit fisheries policy.

What the white paper doesn’t say

While the white paper gives a flavour for the direction of post-Brexit fisheries policy, it is ultimately presented as a consultation document. This means government policy on a number of key areas in fisheries policy remains unclear, or reduced to a number of vague and non-committal “we will consider…” statements.

For example, our recent report on what the UK could learn from other non-EU coastal states argued that the government needed to institutionalise working relationships with the fishing industry and other key stakeholders and give them an active role in the fisheries policy-making process.

While the white paper recognises the value of partnership working and drawing on industry for the co-production of policy, there is little explanation about how this is going to be achieved or how (or even if) industry and other stakeholders’ interests will be formally incorporated into the policy process.

There also isn’t much recognition of the diversity within the UK’s fishing industry. While the two largest fishing federations, the National Federation of Fishermen’s Organisations and the Scottish Fishermen’s Federation, have broadly welcomed the white paper and seem to have been given preferential access to its development, there is a sense that the concerns of the small-scale fishing fleet have been ignored.

This is problematic as 78% of UK fishing vessels are 10 metres and under, and one of the major gripes this part of the sector has is that current fishing opportunities are not distributed fairly and disproportionately favour larger boats – in 2016 boats over 10 metres, which only account for 12% of the UK fishing fleet, landed 88% of the total catch into UK ports by value.

It was always within the UK’s discretion to address this, but Brexit arguably provided an opportunity to revisit this imbalance. There will be disappointment for many that the white paper states “we do not intend to change the method for allocating existing quota”.

As noted above, fisheries is a devolved competence and the nature of the UK’s fishing industry varies significantly across the UK’s four nations. But on devolution, the white paper has surprisingly little new to say.

But beyond this there is little about at what level specific decisions will be made and how working within a common framework will work in practice. For fisheries policy to be successful, the UK and devolved governments will need to work together. But the Scottish Government has been quick to criticise the white paper and for the UK government’s apparent lack of engagement with them.

Overall, the white paper gives a useful indication for the sort of direction the UK government wants to take: a fisheries policy led by principles of sustainability and which aims to give UK fishers a fairer share from UK waters.

But it also highlights the amount of work left in developing a successful post-Brexit fisheries policy. While the white paper is presented as a consultation document, it has been in development for over a year and been extensively delayed.

By this point the consultation should be on something much more concrete. And a lack of engagement with the wider fisheries industry, the devolved government and other stakeholder, while the two large federations seem to have been given preferential access to the development of the white paper, hasn’t inspired much confidence in the consultation process.

By Christopher Huggins, part of the UK fisheries policy post Brexit team at the UK in a Changing Europe.