‘Gravy train?’ A first taste of life as an MEP 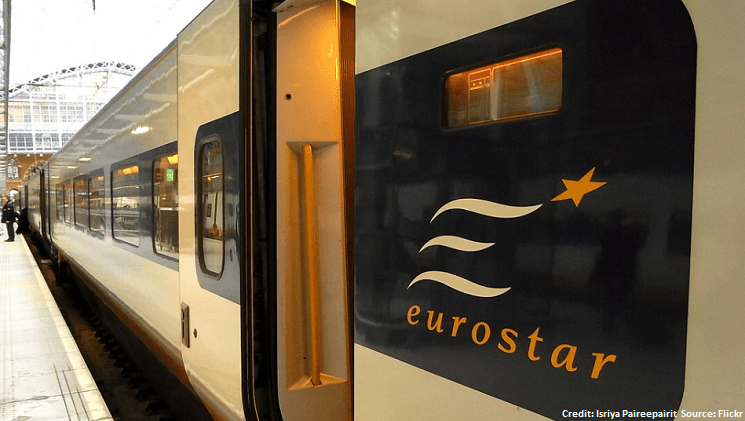 At last, I’ve had my first taste of being an MEP: over in Brussels on Monday and Tuesday signing up with the administration and being briefed on and by the bureaucracy. Quite an experience. It was even more absurd than I expected.

When a rather obsessive pseudonymous troll published a series of photos of me eating on the Eurostar, I realised just how much my life had changed. “Brexit Party MEP has nose in trough of gravy train,” the shock-horror exposé was to show me travelling business class.

But if critics think business class travel is the extent of the gravy train, they haven’t been looking very hard. The EU’s financial excesses are grotesque.

It’s creepy enough that just by being elected seems to have given the green light for a stranger to intrude on my privacy to take secret photos, but it’s also bemusing that my secret paparazzi was travelling in the same carriage, at the same costs; presumably a fellow elected official or a EU bureaucrat?

While outraged #FBPE Remainers gloated that I was travelling at taxpayers’ expense, they might like to know it is the EU who recommends business class for expediency. It is paid for by them apparently because these tickets are easier to change if there are travel problems. It’s an exorbitant extravagance, but it is only the tip of the iceberg.

I’ve never really focused on the financial costs of belonging to the EU: my main objection is its undemocratic nature. But I must confess, I’m shocked by the wanton waste lavished on MEPs. The above-mentioned voyeuristic troll tweeted, “my spy tells me she spent much of the journey looking mournfully out of the window as the French and Belgian countryside fled by.” Factually accurate.

I was reflecting on just how grubby I felt being embroiled in an organisation awash with money, perks, chauffeurs, bulging with endless incentives designed to suck you in. It felt potentially corrupting and you don’t have to be a supporter of Brexit to feel queasy about the EU’s obscene opulence.

Don’t get me wrong: on arrival, I was excited, if nervous, about being formally registered in my new role. As a democratically-elected MEP, I feel an enormous responsibility to the over half a million voters in the North West of England who chose three of us from the region to represent them.

Our mandate is to get us out of the EU, but it is also a broader task of popularising the importance of national and popular sovereignty and ensuring that the democratic vote is delivered.

And what an amazing setting to pursue such noble aims. The buildings are imposing: a vast campus with hairdressers, shops, tens of thousands of staff, researchers, endless committee rooms and auditoriums, top of the range technology, smoking booths (phew), bars, every conceivable amenity. A real city on the hill. As someone new to this official politics game, I confess I was wowed, impressed, a little thrilled to be so close to power. But then I checked myself…

Listening to briefings detailing descriptions of how the parliament works was sobering and I realized just how powerless MEPs really are. Any plans to make trouble ran into the practical reality of the way time is stitched up via the arcane Group system, allowing little possibility of speaking.

Incredibly, the EP isn’t even a talking shop: it actually blocks people from talking!

Facing the stark reality of joining a body that cannot initiate change, restricted to amending proposals, it feels more like a rubber stamp of legislation handed down from the unelected EU Commission on high. Enough to make a democrat’s heart sink. We do get to elect the next Commission president, but this seems small fry compared to having real democratic, mandated power.

I kept wondering how all the pro-EU MEPs could justify being mere insignificant cogs in a toothless technocratic wheel. Yet the paraphernalia and trappings, the payments and pay-offs are obviously an important prop in the grand illusion that your job matters. Surely no-one would throw such extravagant rewards at you unless you are crucial, right?

For example, according to recent Treasury figures, the annual cost of an MEP is three times the cost of an MP in the House of Commons. Indeed, most Remainer MEPs are easily flattered into believing they deserve every penny. But this is delusional. Wherever you stand on the Brexit divide, I think voters deserve a more honest critique of the ludicrous excesses on offer to MEPs.

Never mind the business-class travel, surely even Remain-and-Reform advocates might be keen to challenge whether every new MEP needs a free iPad, two offices in Brussels, one in Strasbourg, an office and staff budget for the UK.

It was jaw-dropping to hear administrative staff – who made us all feel incredibly welcome (despite the irony of us being a group committed to leaving the very institution they were initiating us into) – spell out what benefits are on offer.

We were issued with a mind-boggling 110-page booklet “on Members’ financial and social entitlements.” I had to get the finance staff to repeat exactly what the “daily subsistence” meant. Apparently, on top of a hefty salary, you are paid just to turn up to work. Actually, you automatically collect £300 plus if you sign in to the building, which MEPs do regardless of the fact that the Parliament is infrequently in session.

Then there is a general expenditure allowance paid as a lump sum into MEPs’ personal bank accounts on top of our salary, without having to provide any receipts or proof of expenditure. It’s a lavish anti-transparency measure only recently upheld by Eurocrats. The allowances – i.e. extras, bits and bobs – costs £35 million-a-year for 751 MEPs. Do the maths.

Unsurprisingly, the website for UK MEPs seldom mentions these perks. Rather, we read grandiose claims for the importance of the number of committees they sit on, the foreign delegations they join and boasts that “MEPs, as individuals and working in their political groups” are having “a real impact on the drafting and amendment of European legislation.” I suspect that the financial rewards reinforce the sense of one’s own inflated importance.

I officially start as an MEP when the parliament meets in Strasbourg on 2 July. I am still gob-smacked that every month the Brussels machine moves its 751 members and its (our!) 7,500 staff to France at an annual cost of €114 million. This is an obscene, modern-day Versailles. While I’m going to try and enjoy every moment of what I hope will be a short stay, I will be documenting its real inner workings.

If the EU insist on business class Eurostar, the very least I can do is repay them by writing a regular exposé of its excesses as I travel home. Watch this space.

Molly Scott Cato MEP has responded to this piece with her own perspective as a Green Party MEP for the South West region since 2014. See her rebuttal here.