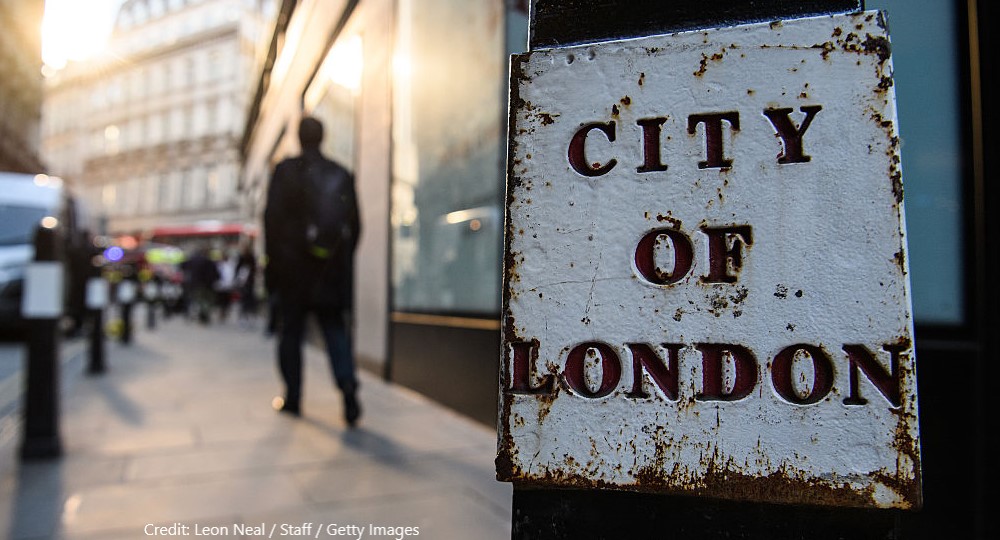 In the run up to COP26 in Glasgow, the government has published its ‘Greening Finance Roadmap’. Alongside the UK’s 2019 Green Finance Strategy and the Green Financing Framework published earlier in the summer by the Treasury, the Roadmap marks an important step towards Boris Johnson’s ambition to develop the City of London into the leading global centre for green finance. There are encouraging signs.

As the Chancellor noted in his Budget speech, London was recently top in a global ranking of green finance centres, overtaking Amsterdam.

However, whilst the UK is keen to work with international organisations in order to cement its leadership in green finance, it should not lose sight of EU partners.

By its very nature, responding to climate change requires cross border action, and in green finance, the EU is an important player.

For example, in the same ranking that placed London top for green finance, eight of the top ten global green financial centres were in Europe.

The Greening Finance Roadmap sets out three stages involved in aligning the UK’s financial system with its commitment to net zero emissions by 2050: making information relating to sustainability available for financial decisions markers; ensuring this information becomes embedded in financial and business decision making; and changing financial flows within the UK so that they align with net zero commitments.

These plans would mean that firms across the whole economy would need to report on the sustainability implications of their activities.

The UK’s proposed SDR builds on the voluntary international Taskforce on Climate-related Financial Disclosures (TCFD) framework developed at an international level, with significant input from the UK through the Financial Stability Board.

The Roadmap also addresses one of the thorniest aspects of green finance, namely determining what counts as green and sustainable in an effort to prevent greenwashing: misleading customers or investors regarding the extent to which a company’s activities really are environmentally sustainable, or how much they represent token efforts.

In financial services, establishing what counts as green is undertaken through a green taxonomy. These taxonomies set out the criteria that economic activities will need to meet in order to be classified as environmentally sustainable.

The Greening Finance Roadmap sets out plans to roll out a UK Green Taxonomy.

The structure of the UK’s taxonomy will draw on the already existing EU Green Taxonomy that the UK contributed to as a member state but will ‘take an approach that is suitable for the UK market and consistent with UK government policy’.

This signals the possibility for the UK to differ in approach and/or in scope from the EU.

However, in an acknowledgement of the additional costs for businesses involved in adhering to multiple taxonomies, the Roadmap notes that there will be a ‘clear focus on the benefits of coherence and compatibility with other international frameworks’.

The Roadmap is ambitious in scope, and by focusing on sustainability it goes well beyond a narrow focus on carbon emissions.

For example it includes environmental issues ranging from the organisational impact of climate change to threats for biodiversity; social elements such as the impact of modern slavery; and governance practices involved in the management and direction of companies.

In order to meet its aims to provide international leadership in this area, the UK will need to be equally ambitious. Leadership in green finance is largely earnt, and the government recognises this.

The Green Finance Framework in June 2021 set out how finance would be raised for sustainable technologies and major infrastructure projects through the issuance of green gilts and the retail Green Savings Bond.

On 22 October 2021, a new three-year green savings bond was launched by NS&I although its interest rate of 0.65% AER is lower than many other savings products on the market.

But to some extent the UK is playing catch-up in this area. Germany launched its first green sovereign bond in 2020, following similar issuance by Poland, France, Ireland and the Netherlands.

Concerns have also been expressed about the role of these gilts in the wider budgeting for funding the green transition after it emerged that Treasury has stipulated that following its fiscal rules, there is no intention by the government to borrow more to pay for the costs involved in meeting its net zero targets.

When it comes to reporting and disclosure requirements, the greater the harmonisation of approach between jurisdictions, the more attractive it is to businesses, as this reduces the number of different frameworks they need to report under and thus also the costs.

The UK has played an important role in developing the TCFD at the international level and was also central in the development of European green finance whilst it was a member state.

Given the strength of European financial centres in green finance, collaboration will also be required with the EU. This is particularly true given that Brexit has brought about changes to the structure of UK-EU green finance.

For example, in February 2021, the US-based Intercontinental Exchange announced that it would move its trading of European carbon futures to Amsterdam from London.

Working with both the EU, and broader international partners, will be required if the UK is to secure its desired global leadership in green finance.

By Professor Sarah Hall, senior fellow at UK in a Changing Europe.