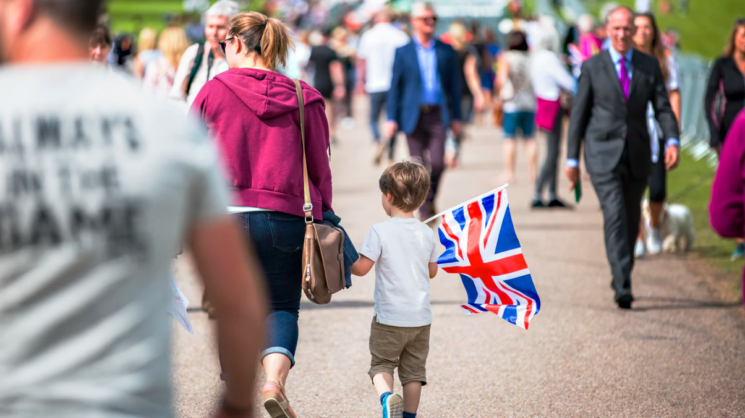 The other day one of us heard the claim — made entirely seriously — that there were no Leave voters in Scotland.

It went completely unchallenged by everyone else in the conversation, most of them Scots, yet it clearly said much more about the person making the statement, and the nature of a worryingly large amount of our political conversations, than it does about Scotland, where some 38% voted Leave.

Indeed, if you look at the overall figures for the electorate in Scotland, and include those who didn’t vote in 2016 — a group that is perennially ignored in this sort of discussion — you find that 42% of adult Scots voted to Remain, another 26% voted to Leave, and 33% didn’t vote at all.

In other words, sit 10 random Scots around a table, perhaps at one of the many election-themed Christmas parties next month, and four will be Remain voters, three will be Leave voters, and three will have stayed home.

The dining partner you turn to first will be more likely not to have voted Remain than to have done so.

(If this was an academic article we would now have a lengthy footnote about the need to treat overall turnout figures — and therefore statistics about non-voters — with a bit of caution. It’s not an academic article, so you’ll have to take our word for it. But even so, our basic point stands.)

The same sort of claim is often made about London — which as everyone knows is packed full of metrosexual Remainers — despite it being a city where 40% voted Leave; or, on the other side of the coin, about somewhere like the West Midlands, the most Leave-voting region in the UK, but where 41% voted to Remain.

Of the 12 regions or nations in the UK, only one of them (Scotland) had a split more extreme than 60:40 one way or the other, and even there, only very marginally so.

Of course, regions are big places, which contain multitudes.

You get more polarisation if you look at smaller geographic units, whether it’s the local authorities by which the referendum results were originally counted (but which are of very uneven size), or the smaller parliamentary constituencies (for which, in most cases, we have estimates).

But most of those are pretty diverse, too.

Of the local authorities, for example, the majority were no more divided than 60:40 one way or the other, and just 24 (that is, 6% of all the local authority counting areas) saw a pattern of voting that was divided by 70:30 or more.

Places such as Boston (on one end of the spectrum), where 76% of people voted Leave, or Lambeth (at the other), which was 79% Remain, really are the exceptions.

Most areas are just not that polarised. And even in these outliers, once you factor in the non-voters, the apparent overwhelming hegemony of the “winning” side is much reduced.

Walk down a street in Boston, for example, and under 60% of people you encounter will have voted Leave. In Lambeth, the most Remain-voting authority in the UK, only 53% of all those who could vote, voted Remain.

We’re not saying that regional variations didn’t exist in votes and views on Brexit. Of course they did, and do, and we’ve both happily written about them in the past.

But they were differences of scale or direction, and were often quite small; yet instead of being treated as such, they’ve become fossilised into a series of false binaries that now dominate far too much of our political discussion.

There isn’t, for example, really any such thing as a “Leave constituency” or a “Remain city” — although we will grant an exception to Gibraltar (96% Remain), where you do have to feel a bit sorry for the 4%.

Nor are we trying to claim that Brexit does not divide Britain. It does, and in important ways.

People identify as Leave or Remain, in a greater way than they do with political parties, and see the world through these lenses — just as they used to view politics through partisan eyes.

Multiple pieces of research have shown the extent to which this can make us judge people or not want them as their friends.

A new study, in a book we’ve edited (and which is available for a very reasonable price) shows that the referendum vote can even affect how who you want to move in next door to you, far more so than any of the other variables that were tested.

At this point you might, fairly, object that everyone happily refers to parliamentary constituencies as Labour or Conservative or whatever, despite the fact that not everyone in those constituencies will have voted for the winning party.

You could even argue the problem is worse in Westminster elections, where because of the electoral system it is usually the case these days that the local MP is someone most voters did not back .

Yet this seems to us slightly different.

For one thing, in our first-past-the-post system, a party “winning” a seat actually matters — each seat won changes the outcome, in a way that doesn’t apply in the referendum.

And besides, maybe we would anyway do better to remember that while a party may win a seat, they don’t own it or all the people in it.

You might also object that we are both massive hypocrites, because we’re pretty certain that if you searched the things we have written in the past, you would almost certainly find examples of us committing these very errors.

To which we can only plead guilty, and pray in our defence Luke’s gospel, chapter 15, verse 7: “I say unto you, that likewise joy shall be in heaven over one sinner that repenteth, more than over ninety and nine just persons, which need no repentance”.

And you could also argue that we’re over-reacting, that these phrases are just useful shorthands, and that everyone knows they are not to be taken as absolute.

Sure, shorthands are fine and often essential — except we would argue that not everyone does know this, and that through repetition alone shorthands can come to be seen as true.

Too much of the discussion following the referendum has focused on the majority outcomes in areas, and not enough on the presence of minorities.

That tendency has real consequences for what policies we get on things like Brexit, and whose voices get heard.

The same applies, by the way, to much of the discussion of the socio-economic or demographic cleavages in the Brexit vote.

You know all the clichés: the middle class voted Remain, as did the young and BME voters and graduates; the working class, the old and those who did not go to university voted Leave.

True, the majority of each of these groups did indeed back that outcome (although again, in several cases, once you factor in non-voters even that doesn’t always hold), but there were millions, literally millions, of exceptions, who too often get written out of the narrative.

We hear very little about Conservative Remainers, even though their behaviour was one of the key drivers of the outcome at the last election, and people seem to completely ignore SNP-voting Leavers (a group that, proportionately, was about the same size as Labour Leavers, and were also crucial to the 2017 result).

With Labour, curiously, the opposite occurs: we hear a lot about Labour Leavers, probably too much, and not quite enough about Labour Remainers, despite the latter making up the majority of Labour supporters in 2016, 2017 and now.

These two errors frequently come together when discussing the relationship between political parties and the referendum.

This has now been pointed out so often that it should not need repetition, but it clearly does, because people keep on making this mistake.

The most recent debunking came from British Election Study data, which showed that even in seats where a majority voted to Leave, most Labour voters in that seat had voted to Remain.

Yet in turn, much of the coverage of this work then suffered from exactly the same problem of focussing only on the majority group.

In their haste to argue that this showed that Labour needed to please its Remain-backing voters, many commentators overlooked that the very same study showed significant minorities (around 40%) of Labour voters in these seats who had voted Leave.

It would be a brave electoral strategy that would stick two fingers up to 40% of your support.

It’s a bot, which is tweeting details of the thousands of people who took part in the British Election Study, one respondent at a time. Each tweet summarises key information about the individual, and then reveals who they voted for.

It constantly surprises you: you read that someone favours hanging, wants to grind down the poor, loves Brexit and favours tax cuts, but then discover they voted Remain and Liberal Democrat. (We’ve made that one up, although there probably is someone like that lurking in the data set somewhere.)

The bot is a reminder of the point we are trying to make: that the statements we often make about people in elections or referenda are, or at least should be, probabilistic, not absolute.

It’s not that there are not under-pinning factors driving the way people vote, merely that voters are much more complicated than most discussion of this sort of analysis ever seems allows.

Even individual voters are complex and contradictory, so this will certainly be true of any group of voters — whether we define them by place, or profession, or past vote or anything else.