Has Labour’s rise got anything to do with Brexit? 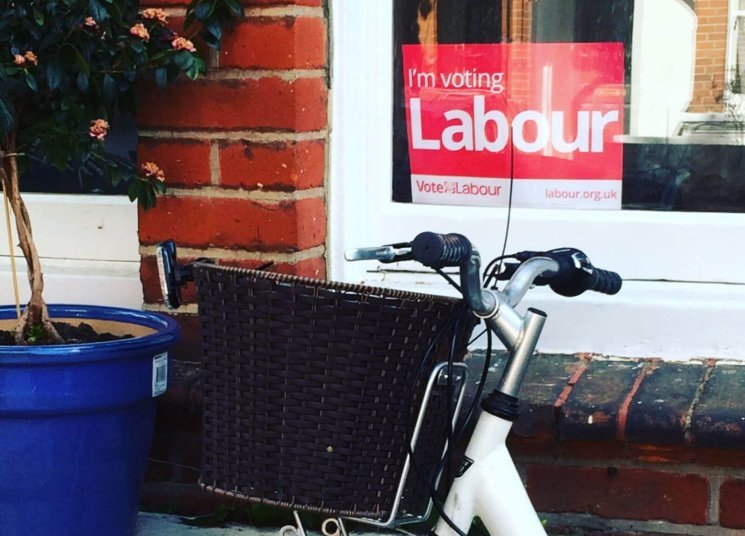 Until now, at least, it has not received a great deal of attention, but quietly Labour’s position in the opinion polls has strengthened during the course of the election campaign so far. In seven polls conducted in the three days immediately following the Prime Minister’s announcement on 18 April that she wished to hold an early election, Labour stood on average at just 26%.

In contrast, in seven polls conducted during the last seven days the party has averaged 31%. That certainly means that, so far at least, it has fought a much more effective election campaign than it did the last time it was led by someone on the left of the party – under Michael Foot in 1983, its support slid away during the campaign, albeit from a higher starting support than the party enjoyed at the start of this campaign.

As a result, Labour has more or less reversed the loss of support it suffered in the weeks and months following the EU referendum, and may now be no more unpopular than it was in 2015.

Of course, the improvement in Labour’s poll position has done no more than enable the party to play catch-up with the increase in Conservative support occasioned by the decision of many a UKIP voter to switch to Mrs May’s party in the wake of the election announcement. Labour are still 17 points behind the Conservatives, just as they were in the polls conducted shortly before the election announcement.

The table below addresses this question by summarising the distribution of party support amongst Remain and Leave voters in YouGov’s polls since the beginning of March. (We use YouGov’s data because it is the company that has polled most often during this period, while it also regularly breaks down its figures by how people voted in the EU referendum.)

For each of the two groups of referendum voters the table shows the average level of support for each of the four largest parties across three time periods; these are, in the six weeks immediately before the election announcement, in the fortnight immediately thereafter, and, finally, in the first half of May. Amongst voters as a whole in YouGov’s polls Labour’s support increased over this time period from 25% in March and early April, to 27% in late April, and most recently to 30%, an increase of 5 points.

However, there is not so sharp a difference between Remain and Leave voters so far as the increase in Labour support is concerned. While support for the party amongst Remain voters has increased by more since the pre-election period (an increase of 6.5 points) than it has amongst those who voted Leave (up 3 points), the difference is too small to place too much reliance on, given the chance variation to which all polling is subject.

At the moment, at least it can be regarded as no more than a hint that Labour may be advancing more amongst Remain voters. Meanwhile, we should also note that, although still well below what it is amongst Remain voters, support for Labour amongst those who voted Leave is apparently now as high as it has been at any point since the EU referendum.

So, the rise in popularity that Labour is not confined to Remain voters in the way that the increase in Conservative support has occurred entirely amongst Leave voters. The party appears to have made some progress amongst both groups. Given that well over two in five voters are not clear where Labour stands on Brexit and only around one in four correctly identify the party as being in favour of a soft Brexit, this perhaps is not surprising.

But the fact that Labour has managed to win over some Leave voters as well as some Remain ones is, perhaps, a reminder to the Prime Minister that while she might want voters to focus on who they think can best deliver a good deal on Brexit, it will not necessarily be the only issue in voters’ minds as they make their final choice on June 8.

By Professor John Curtice, senior fellow of The UK in a Changing Europe. This piece originally featured on WhatUKThinksEU.